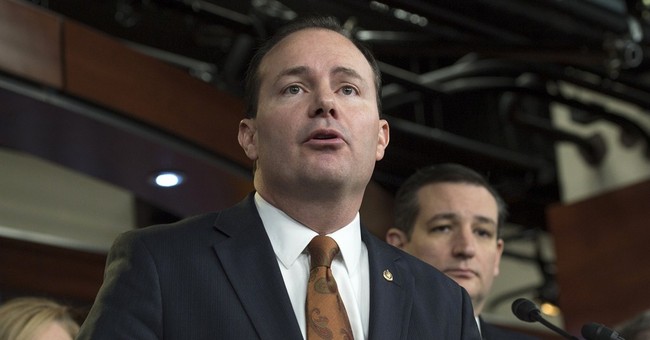 As a former federal prosecutor, I know first-hand that the wheels of justice often turn very slowly. Preceding every offender into court are hundreds of hours spent on investigation, case preparation, jury selection, prisoner transfer, and simply guarding them while in custody in public; not to mention the time spent actually housing these inmates as they await trial, and after they are sentenced. While the fiscal and logistical burdens of getting a violent criminal off the streets are certainly worth it, the same can hardly be said for many non-violent, first-time offenders who, under the current system of harsh mandatory minimums, are lumped together with those with lengthy rap sheets. The result of decades under this policy is a prison system stretched dangerously thin, and in which billions in taxpayer dollars are wasted. Reform of the federal sentencing system is long overdue.

If there is one thing that turns slower than the wheels of our criminal justice system, it is the wheels of the U.S. Congress. However, for the first time since Ronald Reagan occupied the Executive Mansion, a serious bipartisan effort at sentencing reform is taking hold in the Congress.

The Sentencing Reform and Corrections Act, which just passed the Senate Judiciary Committee, is ready for floor debate, and hopefully will move the process into high gear. (A similar bill awaits action in the House Judiciary Committee.) The SRACA seeks to provide badly needed reforms for the how low-level, non-violent offenders with little to no criminal history are treated in the federal system. The legislation is built on the values of fundamental fairness and solid economics, and could potentially save taxpayers billions in upfront and long-term costs now wasted in a punishment-only system of sentencing.

However, the SRACA is neither perfect nor lacking in controversy. Breaking the “tough on crime” mold that has long held sway in the halls of Congress on both sides of the aisle, will be no easy task. To some, making sentencing requirements smarter is akin to giving hardened criminals a “get out of jail free” card; and for other opponents, hanging onto strict mandatory minimums are as much about sending a message as they are about dispensing justice.

After some three decades of experience in the one-size-fits-all approach to sentencing in the federal system, however, the evidence is clear that reform is urgently needed; and recognizing this is not a sign of coddling criminals.

While the original intent of mandatory minimums was made in good faith as a tool to hold high-level and violent offenders accountable, the results over the years, as hundreds of thousands of non-violent offenders have been swept up in a one-size-fits-all sentencing scheme, have proven to be highly unproductive and extremely costly. We have turned America’s prisons into warehouses where offenders are stored until their expiration date, with little distinction shown between high-level offenders, and first-time, non-violent criminals.

The upfront, budgetary costs of sustaining this pattern of justice are not the only toll on society. As the prison population has exploded, families have been torn apart as parents, siblings, and other relatives served time. Today, one out of every 28 children have a parent caught in this web, illustrating the high societal costs of these failed policies. The consequences of this policy are extremely difficult to remedy, and are felt across generations, as children from single- and no-parent homes face increased risk of lower school performance, truancy, and criminal behavior.

It is time to rethink this system entirely; not just in giving judges and prosecutors more flexibility in sentencing, but changing the culture of justice where punishment, not prevention, is the primary objective for low-level and non-violent offenders. This is not only a problem that must be addressed at the federal level, but by the states as well (where the vast majority of individuals are jailed).

Fortunately, several “conservative” states such as Texas, South Carolina, Georgia and Kentucky have already started to enact fundamental sentencing reform measures; and the positive results seen in those states have helped paint a roadmap for the SRACA. “These states have focused on diversion programs for low-level, nonviolent offenders and rehabilitative programming for those who do serve time,” writes FreedomWorks’ Jason Pye, who has been working with stakeholders from across the ideological spectrum to help push for a bipartisan reform package. “The total savings just from Texas’ groundbreaking reforms have surpassed $3 billion.”

This is why the conservative case for meaningful sentencing reform, based on sound governance, fundamental fairness, and solid economics, should enjoy support from conservatives and liberals alike. Now that the SRACA has cleared a crucial hurdle by passing the Senate’s Judicial Committee, Senate Majority Leader Mitch McConnell can bring it to the floor for debate at any time. That time is NOW.