Let’s Hope the GOP is Serious About Sentencing Reform 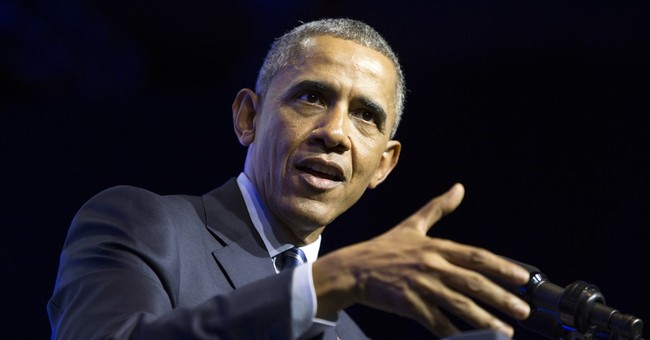 Last Friday, President Obama wrote 46 letters to men and women across the United States that will change their lives. “Dear Jerry,” Obama wrote to one man, “I wanted to personally inform you that I will be granting your application for commutation.” Jerry, like the others, is a convicted drug offender who, Obama claims, should long ago have served his time and been released back into society. Instead, tens of thousands of other low-level drug offenders continue to fester in federal prison; the consequence of overzealous, 1980s-era mandatory minimum sentencing requirements that have led to dangerous overcrowding in the federal prison system, and has cost taxpayers billions annually in the process.

The President, who is to announce plans for comprehensive criminal justice reform later this week, will join a growing number of members of Congress -- from both parties -- who support sentencing reform. One such example is legislation proposed by Senators Richard Durbin (D-IL) and Mike Lee (R-UT), called the Smarter Sentencing Act. This proposal would reduce mandatory minimum sentence requirements for some offenders, while expanding a so-called “safety valve” exception for others; helping to ease prison overcrowding.

This endeavor is supported by public policy groups from both ends of the political spectrum; from FreedomWorks to the Center for American Progress. The goal of this “trans-partisan” coalition is to work together to make America’s criminal justice process smarter, more effective, and more fiscally responsible.

The mainstream nature of this debate, and the growing support for sentencing reform among conservatives in particular, illustrates a radical change in Republican attitudes towards criminal justice just in the past decade. Only a few years ago, for example, the majority of Republican lawmakers would have refused even to discuss the hot-button issue of comprehensive sentencing reform. About the only “reform” GOP leaders in Washington would have considered would have been stiffer penalties and federalization of additional crimes. Now, many in the GOP are open to considering meaningful reform of the justice system’s sentencing structure; a system that saw America’s federal prison population swell by more than 750 percent in just three decades, stretching both budgets and prison resources to their limits.

The conservative case for sentencing reform is clear. The situation worsens with each new inmate added to federal prison system by an outdated sentencing structure that allows for little, if any discretion for judges to differentiate between drug kingpins and non-violent, low level offenders.

The cost of housing federal inmates, especially those serving lengthy, minimum mandatory terms, is huge. In 2013, taxpayers forked over more than $29,000 to incarcerate every federal inmate; pushing federal prison costs to more than 25 percent of the entire Department of Justice budget. This money, much of which is wasted on incarcerating non-violent drug offenders with little to no criminal history, can and should be spent on pursuing real criminals.

The current mandatory minimum sentencing system comes with disastrous societal costs, as well; consequences that are far more difficult to remedy, and which are felt across generations. According to statistics provided by Families Against Mandatory Minimums (FAMM), one out of every 28 children in America today has a family member in jail or in prison. This fact alone helps create a “cradle to grave” predicament for any spouse or child. A one-income household, while the spouse is in prison (not to mention the hardships of finding work after prison), increases the reliance on taxpayer-subsidized programs such as Medicaid and EBT/SNAP. Additionally, children from single-parent homes face increased risk of lower school performance, truancy, and criminal behavior. Without sentencing reform, we not only ruin one generation’s chance of upward social mobility, but that of their dependents as well.

Taking into consideration such devastating consequences of rigid mandatory minimums -- which come with little evidence to suggest any long-term, positive impact on crime reduction – even many heretofore “tough-on-crime” Republicans have now come to recognize that simply being “tough” is not smart; nor is it fiscally or socially “conservative,” if that term means supporting families, jobs and communities.

Whether this new-found recognition will survive in the ongoing Republican presidential primary – especially with the bombastic Donald Trump leading the field – remains to be seen. But there are grounds to believe it will.

Kentucky Sen. Rand Paul has made criminal justice reform a key component of his campaign. Texans Ted Cruz and Rick Perry have each come out strongly in favor of sentencing reform. “The current draconian mandatory minimum sentences sometimes result in sentencing outcomes that neither fit the crime nor the perpetrator’s unique circumstances,” noted Cruz; adding that, “harsh mandatory minimum sentences for nonviolent drug crimes have contributed to prison overpopulation and are both unfair and ineffective relative to the public expense and human costs of years-long incarceration.”

Such sentiments reflecting the views of key Republican leaders, and supported by such influential conservative-oriented organizations as FreedomWorks, Americans for Tax Reform, and others -- if they result in substantive changes to the way our justice system deals with crime and sentencing – will have a profound and positive effect on our society for generations to come.