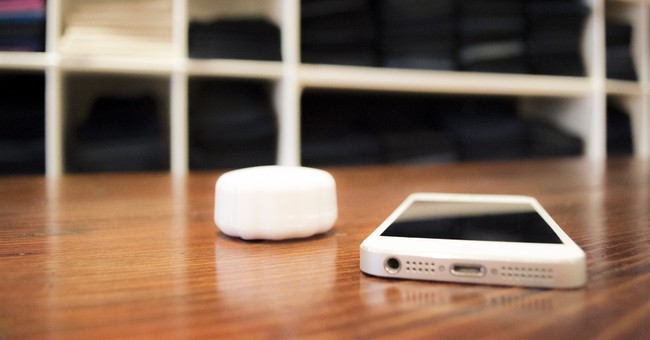 Years ago, what one was having for dinner was news only for those sitting around the table. But in today’s hyper-connected society, every common, banal activity is deemed sufficiently important to be captured, cataloged, and broadcast to a global network of equally insipid “friends.” There are even specialized terms like “selfie” and “hashtag” to describe a process that, until now, was nothing more noteworthy than a group photo. The self-titled gurus of this social media realm call it “creating content,” despite the obvious fact that nothing is being created.

One need only spend a few minutes on social media platforms like Facebook, Twitter and Instagram to see that today’s youth are more self-absorbed and feeling more self-important than ever. Rather than find role models and inspirational leaders in the likes of Steve Jobs, who changed modern digital technology with the production of the first iPhone, or Marc Andreessen, who helped launch the first web browser and now is helping push an equally revolutionary technology, Bitcoin, many “millennials” are obsessed with vapid Hollywood tabloid starlets like Kim Kardashian, or the latest YouTube “celebrity” – as if becoming a celebrity actually takes true talent anymore.

This growing obsession with other people’s lives, and with believing that other people must be interested in every daily detail of our lives, has reached the point at which there now is a hashtag to describe this feeling -- #FOMO, which stands for “fear of missing out.”

Rather than enjoy the tangible reality of our own, God-granted existence, we cling to social media in order to live vicariously through the ephemeral, digital experiences of others. In the process, we are losing our sense of decency, morality and humanity.

Some might posit that our culture of social media makes us more interconnected; but if so, it comes at the cost of sacrificing the connection with ourselves. And, to compensate for the increasing hollowness of our own existence, researchers discovered people, especially those suffering from loneliness or depression, desperately attempt to fill it by sharing even more about ourselves, thus feeding the cycle rather than breaking it. “There’s a lot of social pressure to show that everything’s great,” one observer told Market Watch. “It’s a never-ending quest to be interesting and intellectual and unique, and strive to prove something to the world. You [can no longer] just be yourself.”

There is a darker side to this obsession as well; one that is pushing our society even further into the cultural abyss. Not only have we become bored with our own lives, choosing instead to live second-hand through the lives of others, we also are now experimenting with experiencing second-hand deaths. This macabre obsession first surfaced several years ago in the “Bodies” and “Body Worlds” exhibits making the rounds of major American cities. These featured the flayed, “plasticized” bodies of cadavers in varying poses marketed to the public as “art.” The public was and remains so eager to satisfy some grotesque urge to look at these “cool” displays of dead people, that they will pay money to do so.

Now, Europeans are taking this necromania to the next level, with a museum exhibit created by Dutch scientists that employs manufactured smells and sounds to recreate the deaths of famous people like John F. Kennedy, Princess Diana, Muammar Gaddafi, and Whitney Houston. Patrons experience these "famous" deaths by being shoved into darkened, metal, morgue-like boxes and then -- according to media accounts -- exposed to scents such as a recreation of Jackie Kennedy’s favorite perfume or Houston's bath oils, accompanied by sounds such as splashing water and Houston’s voice as she drowns during a drug-laden bath. Presumably the deaths of Diana and JFK are accompanied by the sounds of crashing automobiles and gunshots, in order for the patrons to properly experience their death rush and get their money's worth.

The use of technology for such bizarre and pointless purposes is rapidly turning into the same type of synthetic-sensory experience as that of “Feelies" -- contrived movie theater events described some eight decades ago by Aldous Huxley in his dystopian novel, Brave New World. Huxley described how people were exposed to a manufactured, full-sensory environment in order to weaken their ability to experience truly genuine emotion; thereby facilitating the government's drive to control the citizenry.

All this should serve as a warning sign that we indeed are losing touch with the true meaning of living; found in acts of creation, production, and achievement -- and instead trying to supplement the growing emptiness with second-hand experiences and reality. The problem with the incessant drive for sensorial pleasures is that not only does it cheapen the value of the individualized life experience responsible for positive human achievements, but it turns individuals into budding sociopaths incapable of feeling any sort of emotion that is not provided through external means. We begin to pursue only those things that make us feel happy and safe, without any regard to morality, or understanding of how this blind pursuit of emotional satisfaction is making us pawns to others, including the government.