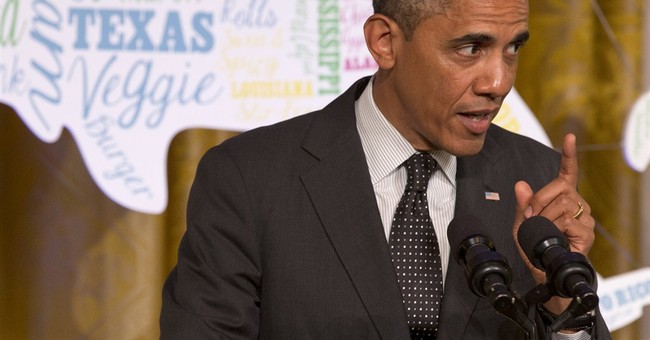 For a few years during the middle of the 19th Century, a secretive political party rose to prominence in American politics, spurred by a cultural fear of new immigrants from Europe. Membership in the party was tightly limited, and when members were questioned about the party’s activity, they were only to respond: “I know nothing.” Today, more than a century and a half later, we have an adherent of this “know nothing” political philosophy in the White House. President Barack Obama’s standard response to questions about key problems facing his Administration is, “I know nothing.”

Obama’s plea of ignorance has become a refrain since the beginning of his Administration -- from the Philadelphia New Black Panther Party voter intimidation case scandal; to “Operation Fast & Furious;” to the suspicious funding of now-defunct “green” companies like Solyndra; to Obama’s use of drones to kill American citizens overseas. It is his stock response when questioned about the Benghazi debacle and subsequent cover-up. “I know nothing and even if I did, I couldn’t tell you,” is all that is elicited from our Commander-in-Chief when asked about the NSA’s unconstitutional and unlawful surveillance of emails, phone calls and other communications. The Department of Justice’s harassment of Administration critics, and the targeting of conservative organizations by the IRS, have been met with the same sorry excuse that the President knows nothing about what his administration has been doing in his name.

The list of scandals is so long, far-reaching, and ever increasing, the GOP put together a timeline (“Obama’s Government Gone Wild”) to help voters remember exactly what the Obama Administration is up to -- since clearly we cannot rely on the President for information.

For a President who promised an era of smarter, more transparent government, his Administration has been anything but. Americans are now living under the thumb of a government historic in its size; operating behind an iron curtain of secrecy with virtually zero accountability to citizens. The law of the land is no longer bound by the limitations set-forth by the Constitution, but rather changes by Executive fiat based on political expediency or “emergency” needs.

There is no question this Administration is among the most systemically corrupt in American history -- almost making Richard Nixon look like a Boy Scout in comparison. Such levels of misconduct over the last five years could either happen with Obama’s knowledge, or behind his back -- as he claims. Should all of these scandals have occurred with Obama’s direct knowledge, it would make him an accessory to these shameful, unconstitutional abuses of power.

Yet, the other scenario is perhaps even more frightening. If we are to take Obama at his word that every scandal which has taken place during his time in office has occurred without his knowledge, then it indicates a degree of incompetence truly breathtaking in its expanse.

If the Department of Justice could secretly sell arms to criminals that are then used in crimes against U.S. officials, or if the NSA could secretly establish the most penetrating domestic surveillance program in the world -- then what more is going on as to which even the President is unaware? Are far-reaching regulations and government programs being implemented based on misinformation fed to him by powerful subordinates with motives clearly not in the best interests of the American public?

Obama’s disdain for the rule of law was again illustrated recently when he arrogantly directed steps be taken to put America’s coal industry out of business; and days later, when he ignored the terms of the very legislation he signed three years ago and postponed provisions of the law known as “ObamaCare.” While some conservatives and business leaders may cheer this postponing of some onerous provisions in ObamaCare, we all should be concerned about an Administration that clearly believes itself not bound by either the letter, or the intent, of our nation’s laws.