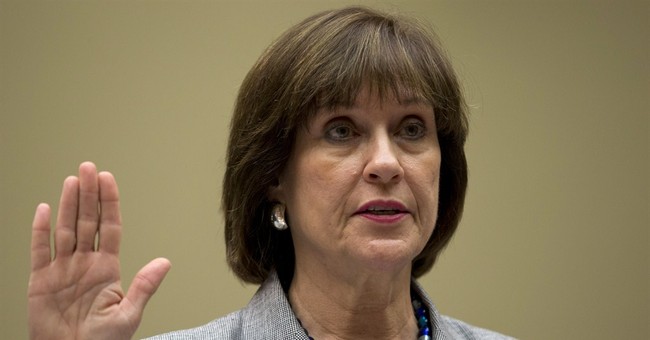 Considering the current crop of scandals plaguing the Obama administration, the findings in a recent report from Gallup that fully half of Americans believe the government has too much power, comes as no surprise. However, if these findings signal a true awakening by the citizenry to the real danger of this Administration, it is good news.

The Obama Administration’s IRS has been caught targeting, harassing, and out-right blocking the lawful formation of conservative organizations -- during an election year. The Department of Justice, officially charged with protecting our constitutionally guaranteed rights, has been caught intimidating reporters and effectively silencing sources and whistleblowers in the federal government. On top of all this, the Justice Department has been running roughshod over fundamental First Amendment rights in pursuing the Associated Press, acquiring the press outlet's phone records as part of a fishing expedition to plug leaks in its own house.

These are dark times for the Obama Administration, but even darker for our country's liberty. Americans citizens are beginning to realize the full extent of the power now held by faceless officials in Washington, D.C.

The constant deceit and misinformation coming from the Administration makes even the most loyal Democrats question President Obama’s personal role in these scandals. Even if we were to take Obama at his word -- and assume these scandals are the work of Big Government gone “rogue” -- it hardly presents a more comforting scenario. If the IRS, for example, can institute its own program of viewpoint discrimination, and conduct a campaign of systematic persecution of conservative and Tea Party groups without oversight, accountability, or restraint, then it is as if Big Government has become a “sentient being” -- capable of operating without executive direction.

In the 2004 movie I, Robot, an army of robot drones -- once used as servants for public services -- are turned against humanity by a supercomputer named V.I.K.I., whose artificial intelligence matures until "she," on her own, decides humans are no longer worth protecting. In much the same way, Big Government in the real world is deciding American citizens -- particularly those who have grown suspicious of the awesome power and authority granted to this unaccountable behemoth -- are no longer worth serving.

For years the deck has been stacked against the American public as more and more power has flowed to federal agencies, and into the hands of unelected bureaucratic drones far from the watchful eye of Congress and the people themselves. And, in the shadowy corners of Washington, D.C., like a machine building itself, they have created a leviathan beyond the wildest nightmares of our Founding Fathers.

It would be easy -- and not without merit -- to blame the recklessness of Congress for entrusting so much power to the Executive Branch over the last few decades, rather than keeping it in the hands of the states its members represent. For their part, many in the Congress from both political parties have facilitated an unprecedented expansion of the Police State, justified by calls of protecting “national security.” At the same time, Democrats have overseen a grotesque expansion of the welfare state, evidenced by record-high spending on government programs as well as by regulations that limit consumer choice and economic opportunity. Adding insult to injury, neither side lifted a finger, in good faith, to slow their counterparts – until it became politically expedient. Both parties came to rely on the electoral benefits of Big Government, and neither exhibited any true will to slow the gravy train.

Ultimately, of course, blame also falls to citizens themselves, who watch with eyes-wide-open as Big Government creeps further into our day-to-day lives. Every national tragedy is followed by calls for “more government” and “more laws” to prevent what wasn’t prevented in the first place. This repetitive paranoia -- fueled by the Main Stream Media, which has its own political agenda riding the coattails of Big Government -- paved the way for greater abuse of constitutional rights.

For those patriots who have long-witnessed this malignant growth of bigger and bigger government, the current litany of scandals barely raises an eyebrow. They realize the scandals are not the byproduct of foolish knaves populating government agencies, but rather are the natural consequences of a federal government no longer encumbered by the restraints of the Constitution, congressional oversight, or a “watchdog” media. Where an obstacle appears, Big Government sidesteps it, claiming “national security,” “executive authority,” blind ignorance (a favorite of the Obama administration), or more recently -- and, ironically -- by invoking the Fifth Amendment.

We truly have reached a watershed moment with the current scandals that plague the Obama Administration. Should congressional investigators fail to hold the Administration accountable for its gross misconduct across multiple agencies and incidents, there is little else any administration -- Republican or Democrat -- will not in the future be able to get away with. If the government can kill U.S. citizens overseas without trial, refuse to aid its own diplomats in peril, crush the autonomy of the free press, and silence political opponents in the time where free speech is at its most critical importance -- what rights remain sacred?

It is worth pausing to reflect on the true implications of this moment. The outcome of the ongoing investigations will, without hyperbole, decide the future of America as a free nation, under a government that was once accountable for its actions. It will be at this point that the Constitution could become little more than a piece of lifeless parchment, without meaning or significance. Those who try to hijack the ongoing investigations of these scandals, for motives other than discovering the truth and then holding the perpetrators responsible, are doing liberty, and the nation, a grave disservice. We are not fighting for political points any more. We are fighting for the moral soul of our nation.