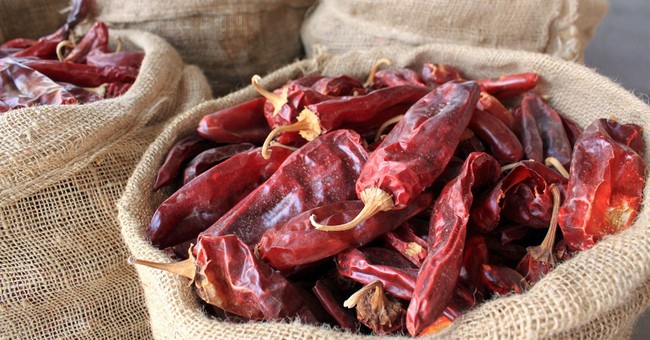 “Bullying” has become a hot topic – from federal studies highlighting its dangers, to TV shows and “special” news reports, we constantly are admonished not to bully one another, and to stop bullying in our schools.  Yet, there is a growing form of bullying that has escaped the attention of bureaucrats and media do-gooders: government bullying of food truck vendors.

Anyone who works near or drives by a large office or industrial complex, particularly in major cities, has at least seen, if not patronized, these “mobile restaurants.”  These eateries-on-wheels offer the same quality of food found at brick-and-mortar establishments without the need to drive to one.  For workers looking to make the most of a short lunch break, food trucks are a huge convenience; and the diversity of foodstuffs offered truly is amazing.

Yet, food trucks increasingly are being targeted by government regulatory goons who use a variety of methods -- even those fabricated specifically to target food trucks – in an effort to regulate them out of existence. In cities across America, including New York, Atlanta, Chicago, Washington, D.C., Rochester, and many others, food trucks are fighting for their right to meet a growing public demand.

One might understand the need for increased government regulation and oversight if the rise of food trucks was in tandem with a rise in food poisoning, or major traffic congestion issues. However, like most government power grabs, food truck bullying appears motivated more by cronyism and anti-competitiveness than public health or safety.


“We were told by a couple people who work in the town of Henrietta, as well as on the board of the Town of Henrietta that they need to protect the big businesses of Henrietta,” says Paul Vroman, owner of Rochester-based food truck business Brick-N-Motor. Vroman recently found himself standing before government officials in the Town of Henrietta, New York, groveling for a permit to continue operating his food truck outside of a business complex. Even though Vroman had secured permission of the property owner, and notwithstanding that he operated at that location without incident for months, Henrietta officials demanded that Vroman plead for a permit to continue operating in the town; a permit not even issued by the city at the time.

What was the city’s excuse to bully Vroman and other food trucks in the area? “The town board has not approved [special use permits] because of their feeling that they’re in direct competition with people who have invested in a store, restaurant location and they didn’t feel that would be fair to them,” Henrietta Supervisor Michael Yudelson told a local news affiliate. The board is scheduled to decide Vroman’s fate, and the future of other street food vendors, this week.

A similar situation currently is underway in the city of Atlanta, where bureaucrats on the city council are waging war against street vendors. Even after a court decision last December, which eliminated a sweetheart deal that set-up a monopoly for the city, while still allowing them to loom over food trucks, Atlanta police are again roaming the streets, shutting down vendors.

The targeting of food trucks is a problem that reaches far beyond merely the rights of street vendor entrepreneurs themselves. The unchecked government aggression aimed at a very specific class of businesses is a troubling example of government cronyism at its worst. City officials, sometimes even using imaginary power, are becoming arbiters of “fairness” when it comes to business -- rather than leaving it to the free market. And, when picking winners and losers in the marketplace falls into the hands of government bureaucrats, consumers always lose.

By using government force to direct business, the positive evolution of the economy comes to a screeching halt. Just imagine if these local food truck bullies had even broader latitude to regulate businesses outside of the city limits. Online retailers like Amazon.com would likely be shut down because of their “unfair” advantage over struggling brick-and-mortar stores.

At the national level, one need look no further than the Obama Administration to see the effect of government cronyism. This administration has failed time and time again in its attempt to manipulate the energy sector, with disastrous consequences for taxpayers. Scores of “green” corporations are given government-backed loans as Obama attempts to use government power to force “green” technology on consumers. Dozens of these corporations have failed, costing taxpayers billions of dollars in losses; but the Administration’s “green” initiative remains undeterred.

Fortunately for street vendors, organizations such as the Institute for Justice are stepping in to defend these vulnerable small business owners from government bullies. IJ has established a national street vending initiative to help keep street food legal. Hopefully other individuals and organizations that believe in free enterprise and freedom will join in defense of these entrepreneurs.

Townhall.com Staff
Democrats Shamelessly Blame Steve Scalise, Who Himself Has Been Shot, for Buffalo Shooting
Rebecca Downs
Bill Maher's Take on the Supreme Court and Abortion Will Probably Shock You
Matt Vespa
Former Fed Chairman Rips Biden's Plan to Redistribute Student Loans
Katie Pavlich
What's Interesting About the Rolling Stone Reporter Who Says Buffalo Shooter Is a 'Mainstream Republican'
Matt Vespa
What's With All These Democrats Stroking Out All of a Sudden?
Matt Vespa