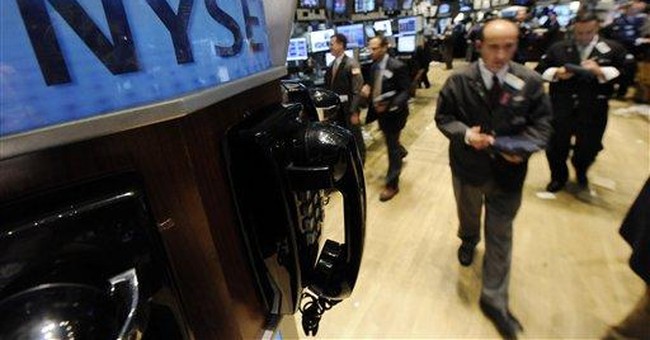 After several huge, government bailouts, and other measures placing trillions of taxpayer dollars at risk, the nation’s financial system remains far from stable. There is much more work that needs to be done before the economy will return to its growth path, but it cannot be more of the same, heavy-handed government mandates that have failed us time and again.

The ongoing financial crisis demonstrates why, first, we must limit political interference in the economy. It was sustained federal pressure to increase mortgage lending, through Freddie Mac and Fannie Mae, as well as the Community Reinvestment Act, which helped generate the huge economic bubble that just burst at great cost to every American.

Limiting political interference in the economy also requires limiting the ability of the Federal Reserve to manipulate the currency for political purposes. The Fed’s “easy money” policy over the last decade greatly contributed to an artificial increase in lending and property values. Unfortunately, it is the drop in those values which is the basis of today’s crisis. The ill-advised loosening of SEC regulations that had been in place to insure solvency and transparency in the operation of major investment firms, also contributed to the current financial crisis.

We must improve financial regulation to emphasize integrity and transparency. Many government agencies impose many regulations on the financial industry, but the quality of corporate and bank balance sheets remains unclear in too many cases. For instance, inter-bank lending has dropped because banks don’t know which banks are in trouble. We need better, more consistent regulation—not more regulation. Additionally, the laws and regulations on the books – supposed to insure integrity, transparency and soundness in financial institutions – must be enforced (as they have not been in recent years).

Government economic policies need to more effectively emphasize job creation. The best solution to unemployment is increased employment, not creating or expanding social benefits. That means permanently lowering tax rates and simplifying taxes. In contrast, cutting rates or adding credits for a couple of years offers no sustained relief or incentive for growth. Temporary, politically based fixes provide no sound basis on which companies and financial institutions are to able to make sound, long-term plans for hiring, inventory and production.

It is necessary to reform the overall tax system. Adjusting it at the edges with, for example, a deduction here or a credit there always will be less effective than lowering and simplifying overall rates. We must make the U.S. a warmer home for economic entrepreneurship and investment; not a temporary haven.

Moreover, rather than approve new bailouts, the federal government should cut regulatory burdens on hard-hit businesses. Environmental rules are noteworthy for their cost and inefficiency, for instance. It makes more sense to relax, or, better yet, end Corporate Average Fuel Economy standards on vehicles, which have imposed a huge cost burden on the auto industry, than to provide the companies with billions of dollars in loans in order to help them meet ever-increasing regulatory mandates.

Washington should carefully reconsider its regulatory strategies more broadly. Policymakers should initiate a detailed audit of federal rules, relaxing or eliminating any regulations for which costs outweigh benefits.

Fixing federal tax and regulatory policies also is necessary to improve America’s competitiveness in the global economy. The U.S. retains many advantages over other industrialized states, but has fallen well behind in tax policy. With economic turmoil at home, America cannot afford to lose its comparative advantage elsewhere.

Obviously, many of these steps will take time to implement – but we must start. And, in the short-term, government should look for ways to ease the burden on people hit hard by the current crisis. For example, Washington should reduce penalties on people for delayed tax payments and premature withdrawals from IRAs.

Policymakers also need to formally and clearly end the bailouts. This step is critical to promote private economic retrenchment and corporate work-outs. Significant financial cutbacks are painful, but inevitable. However, companies will resist taking these necessary steps if they believe they can count on a federal bailout. Distortions caused by government injecting billions of dollars into certain preferred banks and not others, only further impedes essential market based decisions by banks and other financial institutions to bring the markets back into balance.

Nonessential federal spending must be cut. With the 2008 fiscal year budge deficit close to $500 billion, and the 2009 deficit now expected to run at least $750 billion and as much as $1 trillion, we can no longer afford frivolous special interest outlays.

Over the longer term, we must deal with the mountain of future federal liabilities and obligations—FDIC bank guarantees, Pension Benefit Guaranty Corporation promises, Social Security and Medicare liabilities, and more. So far just in the past few weeks, the federal government has undertaken roughly $2 trillion in bailouts. Total unfunded liabilities for Social Security and Medicare, that is, the excess of promised benefits over expected revenues, exceeds $100 trillion -- more than 50 times as much as these recent, costly bailouts!

Still, nothing is being done to address the looming fiscal catastrophe they portend.

The American people have repeatedly demonstrated their capacity to meet great challenges. The government must stop interfering with their ability to prepare for future challenges. America can and must once again lead the world in economic power and growth, through exercise of a free-market economy; not follow meekly behind the U.K. and our other European friends that for decades have been pushing our country to emulate their model of centrally-managed economies.