Mr. Vice President: The Iran Nuclear Deal Is Not A Good Deal 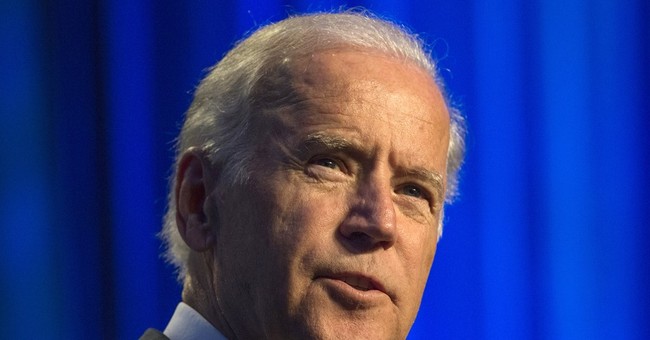 Vice President Joe Biden is in the Sunshine State this week in an effort to drum up support for the recently drafted Iran nuclear deal, an international agreement that aims to pull back Iran’s nuclear capabilities in exchange for billions of dollars in economic relief.

The congressional resolution on the Iran deal is fast approaching, and the Obama administration is scrambling to secure favorable votes.

Knowing this, the Vice President’s agenda in Florida is clear, but even clearer is the overwhelming disapproval towards the Obama administration shared by Floridians, and the public frustration with the White House’s eagerness to sell a weak Iran nuclear deal.

Highly contentious nationwide, President Obama’s infamous Iran deal is not only another transparent attempt by the President to bolster his legacy, but a significant threat to national security and American lives. Accordingly, the deal is not too popular amongst Floridians: A recent Quinnipiac poll asserted that Florida voters oppose the Iran deal by a margin of 2-to-1, many of whom reported saying the world is now less safe because of it.

The Iran deal is simply a bad deal. It accomplishes none of the points that diplomats originally set out to establish, and paves the way for Iran to construct a full-scale nuclear program in just ten years. The key “verification” system that Biden plans to promote will grant large freedoms and loopholes to Iranian officials to hide or destroy evidence of cheating.

Americans do not trust this deal, and Americans are viciously opposed to the deal.

Many voters across the nation believe President Obama and Secretary of State John Kerry are purposefully misleading the public in order to gain a support for the deal, as evidenced by a recent poll.

But this opposition isn’t just among party lines. Disapproval of the Iran deal is recognizably partisan amid Florida law-makers, as evident in Congresswoman Debbie Wasserman Shultz’s refusal to endorse the deal. Rep. Wasserman Shultz is the chairman of the DNC, and her neutrality in the debate signals a legitimate rift in support for the deal amongst Democratic establishment.

Even the head of DNC agrees: It’s a very bad deal.

This intense opposition to the Obama administration’s agreement with Iran stands testament to the nation’s frustration with ineffective, unaccountable governing by the Democrats. A U.S. president shouldn’t cut deals with terrorist states whose leaders tweet “Death to America.

The Republican Party of Florida stands with our state in opposing President Obama’s terrible deal. A Republican government takes pride in protecting the lives of its citizens, not putting them in danger to promote a presidential legacy.