Bill Wenger
|
Posted: Feb 16, 2021 12:01 AM
Share   Tweet
The opinions expressed by columnists are their own and do not necessarily represent the views of Townhall.com. 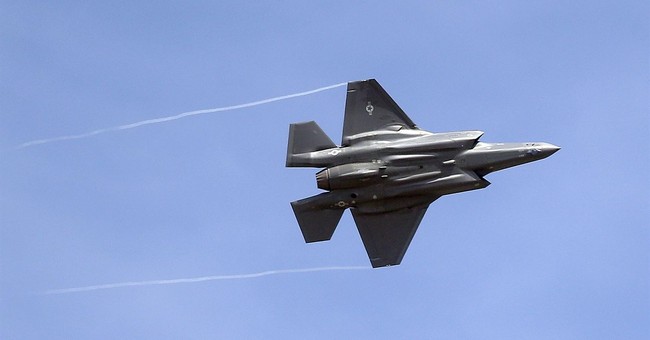 With the pronouncements from Defense Secretary Lloyd Austin, with whom I served in Iraq, mouthing the rhetoric of the Biden (through his earpiece from his handlers) of the woke White House we have been told that DoD priorities are: Social Justice, root out extremism in the services, and integrate LGBTTTQQIAA, to push a “People First” agenda. Those are not the priorities of the force that should be defending our nation.

The fact is that the U.S. military is the most progressive, integrated, and racially and sexually integrated of all major organizations in the USA. That has been the case since Truman integrated our military in 1948. Pronouncements by flag officers of all services and the civilians in the Pentagon that our military is rife with “toxic racism” is a total lie and a political expedience to purposely weaken the DoD war-fighting capabilities.

For more than four decades I was told repeatedly that a commander lived by the edict that the priorities are “mission first; people a close second.”  If DoD is not prepared, trained, equipped and aggressively and prudently led by non-politicians to win our nation’s wars, then the priorities are wrong.

All my military career, including 10 years of joint service assignments, begun in the mid-1960s, I only experienced radicalism. That radicalism was in 1970 in Germany when black troops rioted several times, some of which turned deadly. Officers and NCOs on Guard Duty had to carry loaded weapons on duty, not to defend against external treats, but to defend themselves when attacked. You will not hear of this era of “insurgency” in our military in mainstream media outlets or in our compromised education system.

The Biden DoD moved out to address political priorities first rather than the actual defense of the nation. Exhibit A is the absurd continuance of an Army division plus of National Guard soldiers to “defend” the nation’s capital against a non-existent threat at the cost of nearly a half a billion dollars.

Let us get down to the brass tacks of the military priorities by addressing the real needs of the services for actual war fighting rather than the separate “wish lists” of the separate services draining essential funds from a soon-to-be significantly diminished Biden defense budget to further spending on welfare to “earn” the votes of their primary supporters including the enormous cost we will incur for the flood of illegal immigrants.

The first step for a realistic action plan for our DoD should be to withdraw nearly all the troops from Afghanistan, Iraq, Syria, Qatar, Kuwait, etc. I say this as one who voluntarily, after military retirement, served four combat tours in Iraq and Afghanistan in the mistaken belief that we had a viable strategic plan and an operational objective to achieve specified national goals and withdraw. That was definitely not the case.

As part of this withdrawal, we should immediately stop the Overseas Contingency Operations Account, a slush fund out of control that was established to expedite the attack on terrorist organizations following 9-11 but has continued today for the luxury of DoD extending the irrational wars for 20 years. I, personally, along with many other service members, struggled to account for vehicles, weapons, night vision goggles, billions in construction funding and other material in Iraq and Afghanistan when the Inspector Generals of the services found they were not inventoried or accounted for in any way.

Other examples of irrational spending priorities perpetrated by a totally out-of-control military acquisition policy include the continued funding for additional $13 billion each for Super Carriers for the Navy that will not survive 24 hours of the initial conflict with China (our most likely peer enemy with which I predict war in the next 10 years).

The Navy should be focused on buying cruisers, destroyers boomer submarines and drones for intelligence gathering and attack missions. The Navy needs to focus on stealth rather than being targets. The Air Force, Navy and Army need to similarly get realistic and cope with the fact that pilots will soon be obsolete for all forms of missions replaced by drones and artificial intelligence.

Next is the F-35 Joint Strike Fighter.  This airplane was pronounced by former acting Defense Secretary Christopher Miller as, “…a piece of sh*t.”  This hanger queen has been historically incapable of maintaining a reliable operational rate for combat, seen constant cost over-runs to keep it in the air at all, and is too expensive for their wing commanders to commit to the fight for fear of losing a $122 million aircraft.

The F-35 was designed by the inept DoD procurement process to be too many things for too many missions. This is typical of the DoD procurement and design process that makes many military items attempt to be all things to all service components rather than rationally design a single reasonably priced, rugged, efficiently maintainable aircraft with few variances for each service. Compromise is the key here, but DoD has by incompetence or overt design, wasted too much funding inappropriately to see that logic.

Similar simple logic applied in most all private business would see DoD purchase one pistol, basic rifle, squad-level weapon, medium and heavy machine gun, sniper rifle, military wheeled vehicle, tank, Infantry armored vehicle, night vision device, and field uniform for all services. Limit the weapons systems thereby limiting the supply needs for dozens of different ammunition types and parts. There are simple, logical solutions and options for all of the above stated items, but internal politics of the services preclude such reason. This also simplifies the over-all logistical requirements for all services.

Keep in mind in my 4+ decades of service I wore eight different field uniforms and carried six different rifles. Keep the Class As for each service, have one field uniform for all. Stop changing uniforms each time you change the Chief of Staffs or Chief of Naval Operations

You may say that Special Operations have special requirements. True. So, Special Ops can and do buy their unusual needs items from the economy that has a myriad of options.

The bottom line is logic. Logic is obviously not the Modus Operandi of the Democrats. DoD, should, but will not under Biden, properly assess the “War-fighting” mission as opposed to social science agendas and political expediency. DoD must learn to manage funds as do successful private industry with expedited cost/benefit analysis, limited variations in some equipment types and better compromises on the needs of each service.  That is easy to state, but the byzantine labyrinth, inertia, politics and sheer selfness of the Pentagon bureaucracy and senior leadership acquiescing aggressively to the toxic Democrat politics is a severe limitation and impediment to logical administration, progress, and war-fighting capabilities.