From Multiplier to Domino 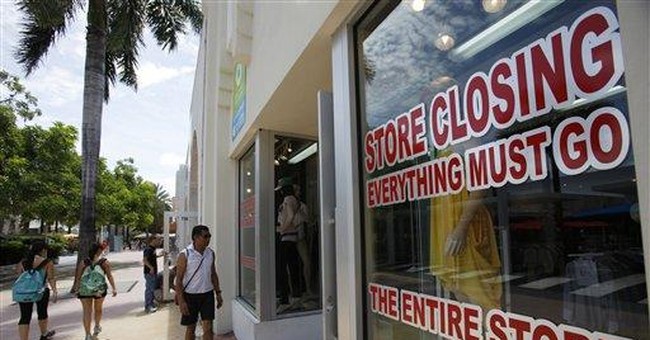 The reality of falling gas prices has finally hit home.

It is not 1973 when the bulk of every dollar put into the tank went to a Sheik who could care less about the well-being of the American public.

Being energy self-sufficient is a wonderful thing and will probably be touted by the President in his SOTU address. Unfortunately self-sufficiency brings the need for a profit margin to sustain the business AND everything else that has grown up around it.

The multiplier effect works well when there is increasing wages and employment, as has been seen over the past five years, in the oil patch. Most oil field workers live in close proximity to their place of employ and keep their dollars at home.

Years ago when the gold and silver prospectors came to town, with a poke filled with newly discovered dust and nuggets, there were willing and eager merchants to accommodate their every need: a drink, a bath, a hot meal, and a little social entertainment were the order of the day. Then it was a trip to the dry goods store for a new set of clothing. To the livery for a new horse or a new team and wagon. The hardware for more efficient picks and shovels. A real estate agent visit to buy a new home for the family who was sure to come. A new bank to deposit and keep safe the gold and silver most recently found. Yes, the multiplier effect of the gold and silver strikes of the past could be seen in town after town until the vein played out.

THE SHALE OIL VEIN HAS PLAYED OUT

Now it isno longer a multiplier effect. It has become the dreaded falling domino effect. As people are pink slipped the need for new restaurants, new car dealerships, additional real estate agents and over zealous home builders will have been exhausted.

Yes, self-sufficiency is a good thing until the multiplier turns to the falling domino and like the past

CLOSED/GOING OUT OF BUSINESS SIGNS BECOME THE NORM NOT THE EXCEPTION.