A Peek at the Future 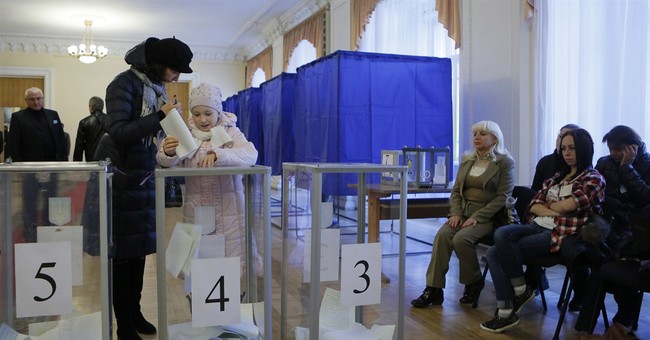 The World press, at least the American mainstream media, is reporting that the Ukrainian people have overwhelmingly voted President Poroshenko, the West’s handpicked boy, a mandate to take the Country away from the Russian Bear and into the European Sphere.

The pro-Russian forces were summarily swept out of Parliament never to be heard from again. Democracy, once again, as

I simply raise this question “IF approximately 70% of all Ukrainians live in urban areas AND Eastern Ukraine is much more urbanized than Western Ukraine, home of the largest city,

I don’t doubt that voters were offered a choice but the question becomes were all voters given the opportunity to vote? The answer obviously was NO. A major fact somehow relegated to the last column by Reuters.

When the Black Panthers were stationed at a few polling booths, in the last election, for intimidation, voters still, however, were given a choice. If they dared.

Perhaps, as we approach our mid terms some will learn from the Panther intimidation style and also the Ukrainian out and out denial style to put a new face on American elections.

Could we be on the same road that when the leaders have to make a decision, as Ukrainian President Poroshenko has to about entering the European Union, regardless of the terrible impact on the people, he simply goes ahead and justifies by conducting the election with the portion of the population that agrees with him. It’s almost like the BLS not counting people in the participation pool.

I’m not sure which way is better, ours or the Ukrainians or maybe the end result is one and the same.

Regardless of the election just watch the EOs roll out.