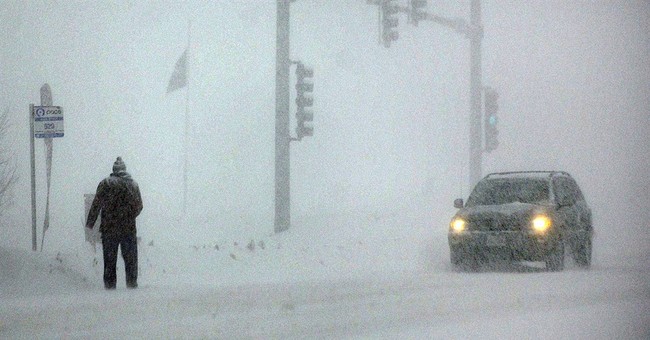 The statisticians, government officials, mainstream media, and perhaps even Wall Street itself have all recently discovered something formerly unknown to man. Specifically, it’s called the weather. I take this position since it seems that every piece of U.S. economic data put forth over the past few months, according to the pundits, has all been the result of the weather.

The retail sales figures for this past holiday season were atrocious. In addition, the January follow-up was also far below expectations. How does one explain this? Is it unemployment, a lack of money, or credit deleveraging? While these are very good reasons to expect further retail disruptions, nevertheless it would appear the real explanation is quite obvious. Namely, it’s because of the meteorological conditions. Just imagine, snow and cold in the Northeast in December and January, who would have ever thought it? Conceivably, the decline in online shopping could also be attributed to the weather conditions as perhaps nationwide homebound consumers were commiserating with those who were suffering from the cold and snow. Of course, for those confined indoors, their depression wouldn’t even allow them to turn on their computers, let alone go shopping online.

Obviously the housing downturn and the crash in homebuilder confidence can be directly attributable to the various climatic conditions around the country. Being hot and dry in the West apparently has just as much of a negative effect on home buying and home building as snow and cold has in the Northeast. The fact that the Southwest has experienced near perfect weather can also have an effect on housing activity. Who’s ever prepared for wintertime perfection in getaway resort areas?

This newfound phenomenon of hot and cold conditions, combined with wet and dry environments, has allegedly taken its toll on manufacturing. Yet, the last time I looked, manufacturing was done indoors in a temperature controlled environment, but I could be misinformed. The Empire State Manufacturing Survey recently reported that the new orders index collapsed from 10.98 to -0.21 as future capital expectations declined to its lowest level since 2009. Apparently, purchasing managers’ phones were all disconnected due to this new so-called weather related phenomenon.

Yet, it’s good to know that this economic malaise (for lack of a better word) that we have been experiencing for the past five years will soon be over. Obviously this new revelation known as bad weather will eventually come to an end and we can all rejoice.

However, what will we do with all the unemployed meteorologists? Perhaps they’ll just drop out of the so-called labor participation pool.