Our Sorry Economy: An Interview 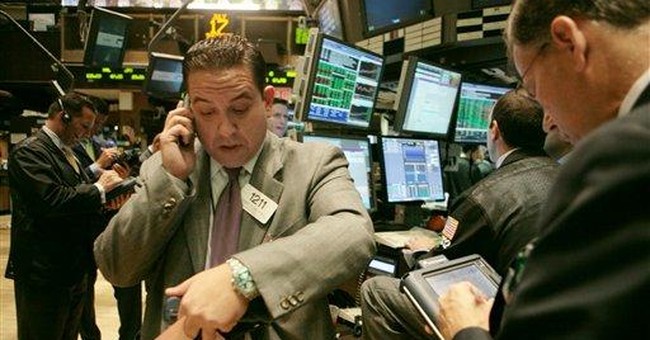 When the Federal Reserve Board is in the news, there’s no better source of expertise than political economy professor Allan Meltzer of Carnegie Mellon University. Meltzer has not only served as a consultant on economic policy for Congress, the U.S. Treasury and the World Bank, he has written the definitive history of the Federal Reserve from its founding in 1913 to 1951, when it became the independent financial power it is today.

Meltzer, who is writing Part 2 of the Fed’s history, was working at home in Shadyside when I talked to him Wednesday by phone about the liquidity crisis, the overall economy and how the Federal Reserve Board is dealing with both.

Q: What is this liquidity crisis we’re in -- and is it over?

A: I think it’s too soon to say it’s over. It’s the result of errors on the part of both the regulators but especially the banks and financial institutions. The banks and financial institutions were making loans that they had every reason to know could not possibly survive. There were no down payments. They had no information about many of the borrowers. They knew that the interest rates that they gave were going to rise after a year or two. So they had every reason to believe there would be large defaults -- and that’s a problem…. Of course, the primary responsibility falls upon the people who made those loans.

Q: Upon those who made the loans or took them out?

A: Who made them. That is, who offered them. The people who took them out are, of course, at fault also. Many of these people would like to blame Alan Greenspan and what they say was a surfeit of credit. But no one held a gun to their heads and told them to make those loans. They could have invested in safe assets. They chose not to. That’s their error.

Q: Is this liquidity crisis a sign of more trouble to come or of a larger structural problem with the economy?

A: That will depend a lot on how it’s handled. The Federal Reserve has been doing mainly the correct thing -- not trying to lower interest rates, making sure that the market has enough cash to be able to make the settlements between the various lenders who have good collateral. There will be failures out of this. But failures are not a disaster; failures are a way of disciplining the system.

Q: What is your assessment of the economy’s condition overall?

A: The world economy in 2007 is probably in as good a place as it has been. There is expansion all over the world, at very good rates of growth. That part is very good and that’s very different from the two previous crises in 1998 and 1987. In those two occasions, there was much greater weakness in the economic system and quite a risk of recession. So the Federal Reserve’s actions in that period should not lead them to do what they did then -- when they did lower interest rates substantially. This time the problem is a very old one: People have borrowed short and lent long and ….

A: That people sold paper that would be renewed in 30, 60, 90 days or six months and they lent to people on 15- or 30-year mortgages. So when interest rates changed they found themselves in a difficult position. Many people today, because of fear, don’t want to buy any of those longer-term securities, so there is a problem in the market to clear the market -- and the Federal Reserve has done some sensible things to try to alleviate that problem.

Q: And that is when the Fed added liquidity or money into the system last week?

A: They urged -- literally -- banks to lend on some of these securities which are having difficulty finding prices.

Q: Is the Federal Reserve doing what it should be doing?

A: Mostly. What it hasn’t done -- never has done in its 90-odd-year history -- is announced what it will do in the case of a problem like this. Sometimes it does a bailout, sometimes it doesn’t. So there is unnecessary uncertainty about what they are going to do. They need to announce that they don’t do bailouts -- under any circumstances; that people who make mistakes and take losses have to bear them.

Q: But by pumping money into the system didn’t they sort of bail those people out?

A: There’s a difference between bailing out the people who made mistakes and making sure that the problem doesn’t spread to people who haven’t made mistakes. Providing the cash to make those settlements means that people who have collateral that they can borrow against are able to work their way through the problem and it doesn’t spread to them. A real crisis would occur if the Fed and other central banks failed to do that and then forced liquidation by solvent, safe institutions.

Q: What grade would you give Federal Reserve Chairman Ben Bernanke so far?

Q: About 35 of 37 economists polled by USA Today predict that a rate cut would come not immediately but in September. Were you part of that poll?

A: No -- and I don’t agree with it. That is, it may happen. But much will depend on what happens between now and then. I believe they’re watching the market carefully, hour to hour, minute to minute, and if things are better in a month, there won’t be a rate cut.

Q: What’s the worst thing that Mr. Bernanke or the Fed could do?

A: The worst thing I think at the moment would be to reduce interest rates in order to help the people who are struggling with losses. That would just convince them that the Federal Reserve is going to rescue them if they take on large risks and so the next time the problem will be even greater -- and I think they understand that.

Q: Do you think there should be some rate cuts from the Federal Reserve?

Q: I suspect you would say that the Fed’s most important job is to keep inflation down, low or nonexistent?

A: That’s their main responsibility. They have what is called a “dual mandate” -- that is, seeking low inflation and low unemployment. We currently have a low unemployment rate and a not terribly high inflation rate. They want to get it lower, and I think that is the right thing to do. They won’t want to make it lower at the expense of a substantial increase in the unemployment rate.

Q: Knowing what you know about the ancient and recent history of the Federal Reserve, are you confident that it will do the right thing?

A: No. Not completely. It doesn’t have a tremendous track record. I think it’s trying now to do the right thing. But one has to recognize that there are tremendous pressures coming from the banking markets, the financial markets, the Congress and others to do more -- to cut rates. It’s hard to know whether or not the Federal Reserve will feel forced to accede to that.

Q: These crises come along every so often --

A: This is not a severe one, by the way, compared to the standards of the past.

Q: Do we -- the media and politicians -- make too much of them? Or are they just part of the roller-coaster reality of capitalism?

A: Yes, they are. I often say, “Capitalism without failure is like religion without sin -- it doesn’t work.” So this is one of those times where people got exuberant.

Q: Where will the Dow be at the end of the year?

A: I have no idea. One of the things you learn as an economist is that economists are very poor at forecasting. They are better than most people, but that’s not very good.