This, Too, Shall Pass 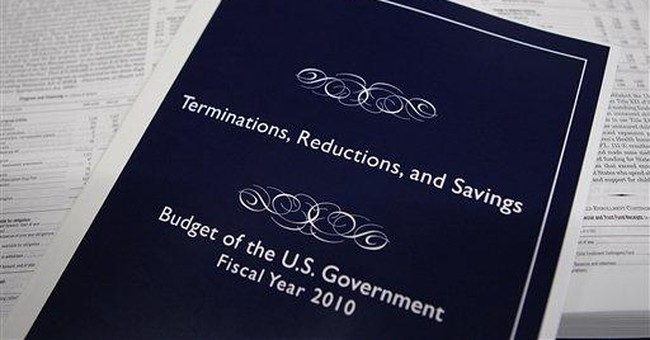 I've lately been promoting a book I wrote on the plight of the mainline Christian denominations, featuring the Episcopal Church as Exhibit A in the Trainwreck Chronicles.

An interviewer asked me: Are you optimistic or pessimistic about the future of these churches? I replied: I'm too old to be pessimistic. A blog commenter ventured that that was kinda contradictory, in that "old" folks are usually, and rightly, more pessimistic than the young.

Well, I'm not really all that old (despite remembering the Eisenhower administration with clarity and appreciation), but there's this about antiquity: You learn during your passage through it that, whatever it is, this, too, shall pass. Great times, hard times, a rising real estate market, a collapsing political party. There's always a banana peel out there for the newly triumphant to step on unawares.

Over the past five or six months, we've all drunk the deep, dour tidings about the GOP: finished, gone, outta here.

Ummm-hmmm. A few Democrats and more than a few Republicans, ought, for the sake of clarity, to cast their gazes back a few years: 2004 would do. Hammered by the Rove-Bush machine, Democrats and the pundits who love them wallowed in grief, braced themselves for a long period of Republican ascendancy. Not unlike, perhaps, the long period of Democratic ascendancy that was projected to follow Lyndon Johnson's burial of Barry Goldwater, and the conservative cause, in 1964. That noonday moment ended four years later, when Richard Nixon slid past Hubert Humphrey and George Wallace. Then there was Watergate. The Republicans were dead, dead, dead, once again.

When are we finally going to catch on? No matter who wins today, someone else will win tomorrow. The question arises in terms of a pessimism deep and black that envelops conservatives: the opposite of that radiance in which liberals bathe as they await the advent of a hard-hitting liberal nominee to the Supreme Court and the enactment of health care, global warming-control, and heaven knows what other joys.

Republicans don't seem to know what to do. Move left, move right, stand still? Arlen Specter's apostasy gives Senate Democrats virtually a veto-proof majority. Says the Pew Research Center; "[T]he GOP has lost roughly a quarter of its base over the past five years." Doesn't anybody like us anymore? GOP leaders blubber.

Take a few deep breaths. This, too, shall pass.

The basic reason is, it always passes -- whatever "it" may be. Winners aren't as good as they think they are; losers aren't as bad. The Pew poll cited above throws into the mix the finding that "Republican losses have not translated into substantial Democratic gains." A certain amount of trepidation exists concerning the Obama administration's intentions toward the economy and our bank accounts, a certain amount of fear about Big Government's coming to live with us forever.

Just this week the administration's own Office of Management and Budget forecast a $1.84 trillion deficit, 8.5 percent of GDP, for the present fiscal year, compared with a forecast of $1.75 trillion only three months ago. The President's Olympian calm concerning his ability to borrow us into prosperity while, say, greening up our energy sources -- that calm will look odder and less tenable, the longer we view it. A lot -- possibly most -- of the Obama agenda just plain isn't do-able, to the extent it's even widely desired.

What Republicans need as much as anything else is steadiness. No panicked desertion of basic principles like free markets and, yes, traditional moral standards against cultural disintegration. These are the right things. You do the right things, it shows eventually, especially when others lavishly undertake the wrong things and make matters worse. Freedom works. Pass it on ….

I obviously mean none of this as programmatic detail for the GOP. I mean it as reflection on a human truth: namely, you're never out of it. Patience pays off when joined with preparation and good sense. Republicans need all they can get of these vital qualities, because the present moment, as in '04, isn't here to stay.