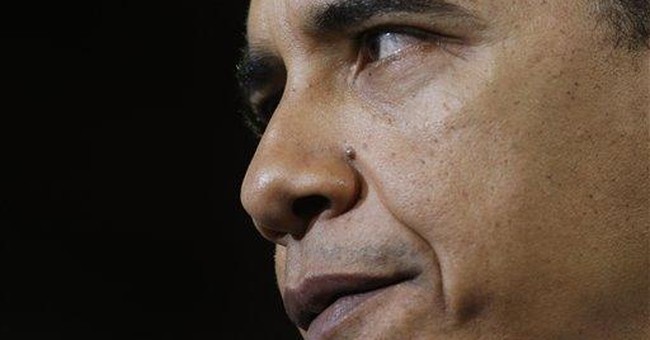 In a breathtaking and disquieting start, President Barack Obama’s administration has embarked on a full court press during his first 100 days in office. One can hardly recount a time in American history when a newly-elected president has so swiftly reversed a wide range of policies supported by his immediate predecessor. And for most conservative Christians, these decisions are particularly troubling, because they do not line up with scripture. These are times that call for reflection and prayer for our nation.

Much has transpired since the president took the oath of office on that crisp and cold 20th of January. A great deal has been written, discussed and debated about these new initiatives—so much so that we may have already forgotten some of the earliest decisions of his administration.

Though economic issues are certainly at the forefront of the nation’s attention, we’ll focus in this analysis on some of the distinguishable issues as processed through a Christian worldview.

It didn’t take long after President Obama was sworn in for our first clues on his agenda to appear. Significant changes in the nation’s direction and policy immediately were quickly identified on the radar screens of social conservatives.

The sea change started immediately after the inauguration was concluded and President George Walker Bush was saying goodbye to his staff before departing from Andrews Air Force Base for his final flight back to Texas. Little did he know that his distinguished track record of protecting the family and the unborn was already unraveling.

As President, Barack Obama was making his way back through the Capitol corridors after his swearing in, the pro-family, pro-life Bush White House Web site was taken down and replaced with a chilling new one, complete with an overview of the new president’s positions and initiatives. Obama’s staff wasted no time in getting down to business.

One can’t argue that the new White House was operating outside its prerogative to post the newly-updated policy positions. Nonetheless, a careful review of the new and sharply-contrasting policy positions of the new administration was stunning to many of the early Web site visitors.

Some of the issues that drew early attention on Inauguration Day included: Tax-supported abortion on demand, hard-left perspectives on women and family rights, diminished support for marriage between one man and woman, revoking the Federal Defense of Marriage Act, support for homosexual civil unions nationwide, support for homosexual adoptions, a goal to implement over 1,000 new same-sex benefits as well as repealing the Armed Forces policy on homosexuality “Don’t Ask Don’t Tell” and federal funding for Embryonic stem cell research. And the new policy positions go on and on.

Many of these policies have already been implemented by executive order. USA Today may have characterized it best with an early story describing how the new president would “Remake America.” It was change alright, but was it the kind of change America was ready for?

Just a few days after the new administration moved into the White House, thousands of pro-lifers assembled on the National Mall. They were there for annual March for Life rally, recognizing the 50 million unborn children who never had a chance at life in the 36 years since Rov v. Wade, when abortion on demand was made the law of the land.

The White House planned a bold and insensitive move on that very day—the signing of an executive order abolishing the Mexico City policy, which prohibited the use of U.S. taxpayer dollars to fund “family planning” groups that promote and provide abortions. Realizing that it was, in fact, too bold a move, the announcement was postponed for only 24 hours. The following day a late Friday afternoon declaration would divert millions of American taxpayer dollars to international abortion groups. It was hard to understand why such large sums of dollars would be directed to other countries at a time of severe financial crises for hard working Americans here at home. Considering the spending was not for foreign aid or disaster relief but for abortion promotion, it was a particularly troubling decision. Consider this and his support for a wide range of other abortion initiatives, he may well be the most pro-abortion president in American history.

But President Obama would speak a couple weeks later at the National Prayer Breakfast and—but for a moment—raise the hopes of many in attendance. Addressing the diverse audience that morning he proclaimed, “Some of our beliefs will never be the same, but no matter what we choose to believe, let us remember that there is no God who condones taking the life of an innocent human being.” How wonderful it would be if he would use his bully pulpit to someday proclaim that truth in reference to the unborn and to the elderly advancing in their golden years.

On the heels of that breakfast a somewhat surprising announcement came as the president declared his intention to maintain the White House Faith-Based Office but would add Neighborhood Partnerships to its scope of responsibilities. Hopes were again elevated by social conservatives only to be dashed as they began to sort out what type of influence this “diverse” group of the newly-appointed members would have on President Obama. The social conservative point of view would indeed be a distinct minority.

As potential White House staffers and advisors were being vetted, a series of questionable appointments were made to assemble the president’s team. One example that especially stands out was the confirmation of David Ogden for the office of Deputy Attorney General in mid March. Our new number two law enforcement officer for the country has distinguished himself nationwide as a champion for the porn industry. He has successfully represented Penthouse, Playboy and other hard core pornographic entities. Once he defended the right of a pedophile to have in his possession images of partially-clad children in suggestive poses. It would be understandable to wonder how aggressive this team will enforce the laws on the books.

The president recently suggested in Turkey that we are not a nation rooted in Christian beliefs but a nation of citizens who are “bound by ideals and a set of values.” I would hasten to ask: Mr. President, where do you think those ideals and values originated from?

Other disappointments of note include his consideration of overturning “conscience clause” protections for medical providers who do not wish to participate in abortions or prescribe contraception and the exclusion of religious schools and universities from receiving any funds from the federal stimulus package.

The election of President Barack Obama was truly a historic milestone for the United States of America. In some quarters he has proven to be a very popular figure both here and abroad, particularly with secular humanists. But one must look beyond his popularity and consider his worldview, where he has taken us and where he will take us in the future.

The true test before Christians is to be faithful to God’s word and principles. We must be uncompromising when it comes to the sanctity of human life, the defense and protection of God’s ordained union of a man and a woman in marriage and the protection of little children at all costs from those who would do them harm. We must renew our commitment to live a pure life of faith in Jesus Christ in everything we do, every decision we make—and not be afraid, ashamed or hindered by political correctness to stand in the name of Jesus, and to acknowledge that one’s good name, character if you will, is more important than silver, gold, power or prestige.

To these we must pledge our sacred honor. In these principles we must evaluate and pray for the President of the United States.