The View From Florida: What's About to Happen? 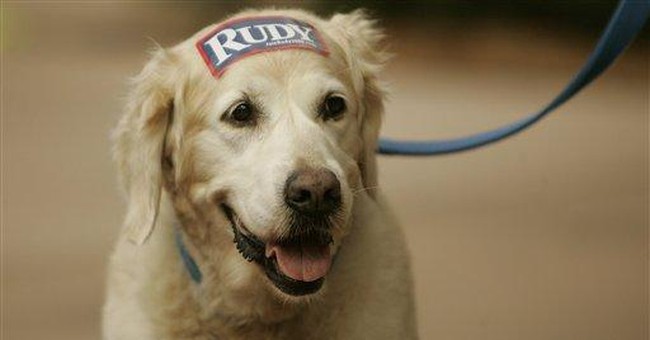 When the Republican members of the Florida legislature began seriously contemplating moving the state’s primary up in the presidential election process they had two goals in mind. One was to exercise real influence across the fruited plain by playing kingmaker in the momentum game just before the all important Super Tuesday. The second, and more self-serving motive, was to bring the candidates into the Sunshine State early and often to extract important commitments of support for some of the state’s most pressing and expensive needs.

It is worth noting at the outset that for all the flogging Florida Democrats have received at the hands of DNC Chairman Howard Dean and others, they had no role to play in the legislature’s decision to move up the primary, as they are a minority party in both legislative chambers.

But an early and unexpected victory for the move by Republicans surfaced when the party of “every vote must count!” suddenly found itself having scant regard for that noble position. In our “chad” state that was so evenly divided the last go ’round, why would one even take the slightest chance of alienating any of their loyal foot soldiers by taking away their vote?

By forcing the forfeiture of all the Democrat’s delegates, they gave the Republicans the gift that keeps on giving—and the Dems are not happy campers. County elections officials are reporting that large numbers have switched from of their Democratic Party affiliation. Many, indeed, want their vote to count.

In a last minute move by one of only two statewide elected Democrats, Chief Financial Officer Alex Sink took her case to national party officials, asking them to lift the embargo forbidding their candidates from campaigning here. Even she admitted in a press release that the boycott only amounted to giving the Republicans a head start in the general election. Little does she know it is much more than that. Resentment provides a growing opportunity for Republicans.

So, how well is the country’s 4th largest state with 57 delegates at stake (half of our initial 114) in a winner-take-all primary, positioned to achieve our ultimate goal?

With just days remaining the pundits say it is looking like a very tight two-way race, with McCain and Romney in a statistical dead heat. The winner could well be catapulted into a significant lead going into Super Tuesday.

Early voting began here January 15th and absentee ballots were being mailed long before that. The positive news is that more people are voting and that’s a good thing. The bad news is that more people may have been voting for Thompson (who dropped out) or for Rudy (before his patriotic television ads were challenged by the heavy run of economic spots by Romney or the case for tighter spending and military experience was made by McCain). The Giuliani camp claims they know they have captured large numbers of the early voters. I am leery of that claim. Only time will tell, but my guess is Rudy will need those early votes if he has any chance of winning, because his numbers are steadily decreasing while Romney’s, McCain’s and Huckabee’s are increasing. And be careful not to underestimate Mike Huckabee’s strength here in Florida (full disclosure: I am a Huckabee supporter). Social conservatives are always underestimated in polls here because they don’t like to talk with pollsters, especially in the panhandle area of our state.

Observers should not forget that Florida is the first true test of the pure Republican majority. Florida is a closed primary state, unlike all the other contests thus far. That means only Republicans can vote. None of the candidates can benefit this time from independent outsiders—and I prefer it this way. It will be a true test of McCain’s current momentum play (given the displeasure expressed by some in the party with his past positions on controversial issues), while Romney’s more traditional Republican themes will be augmented by his strong Florida campaign staff that has given him the clear organizational advantage. Many on Romney’s team are well-connected former Jeb Bush staff and campaign members—and they know our state. And then there is that Huckabee phenomenon, boasting the largest and best “unorganized” grassroots effort in the state. I am sensing it is shaping up into a three-way race, but I still wouldn’t totally count out Rudy just yet. He’ll have one last debate opportunity to reach out to transient New York voters, uh, I mean Florida voters (and we hope they only vote in one state primary).

It’s worth pointing out that the three leading Republicans in the state—Governor Charlie Crist, U. S. Senator Mel Martinez and former Governor Jeb Bush—have not endorsed any candidates. Of the three, I believe the highly-respected Jeb Bush would be the most influential, should he weigh in with an endorsement at the last minute.

If John McCain wins, given the closed primary environment, he would have proved himself without the help of independents and his momentum going into Super Tuesday might be unstoppable. If Mitt Romney wins, Florida would have continued his campaign. He will have to move fast to compete in a final showdown with McCain in key states where McCain is strong, such as New York, California and Texas. For Rudy Giuliani, he must win to stay in the hunt. If he loses, Florida would have put the nails in his coffin. And Mike Huckabee, good old Mike, just might surprise many in Florida, given the three-way split between McCain, Romney and Giuliani, and take one step closer to the Oval Office while making a steady case for the V. P. spot.

The Florida Republicans have achieved their goal. We will set the national stage for Super Tuesday. We may even launch the final momentum play for Election 2008.

When the final results are in Tuesday night, we hope and pray that, after careful consideration, we Floridians have given America our very best advice.