Bernard Goldberg
|
Posted: Dec 12, 2017 12:01 AM
Share   Tweet
The opinions expressed by columnists are their own and do not necessarily represent the views of Townhall.com. 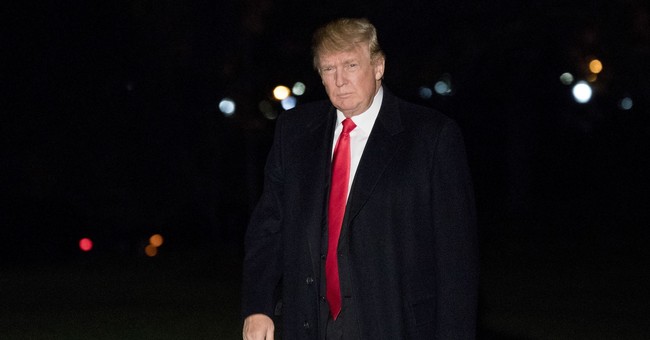 Democrats who want Donald Trump removed from office need a backup plan in case the Russian collusion thing doesn't pan out. And Plan B, I suspect, is sex.

Ideally, of course, liberals would like a smoking gun showing that Trump and Vladimir Putin were in cahoots and over a few shots of vodka at Putin's country house in Sochi they conspired to throw the 2016 election, which would be grounds for impeachment. Absent that, they'd be perfectly happy removing Trump from office by way of the 25th Amendment, on grounds that he's nuts. But they know that won't fly. That leaves the "S" word.

We Democrats went after our own over sex, the argument goes, now it's time for you Republicans to go after your own -- Donald J. Trump -- and while you're at it, Judge Roy Moore.

Leading the crusade to put Donald Trump on a bus back to Manhattan is the woman who took Hillary Clinton's seat in the U.S. Senate, Kirsten Gillibrand, a progressive who was the first of her Democratic colleagues to call for Franken's resignation. A few weeks earlier she broke sacred ground saying Bill Clinton should have resigned for his sexual misconduct.

So why would a progressive Democrat who has been tight with the Clintons for years suddenly decide to abandon her old friend, the former president -- 25 years after the fact? I hate to be cynical but maybe it has something to do with her much talked about ambition to be president and run for the job in 2020. Being at the forefront of a movement to bring down Trump because of alleged sexual misconduct -- even if her pal Bill Clinton is collateral damage -- would give her a lot of street cred among the progressives she'd need to win the nomination.

As for Al Franken, whatever he did or didn't do, he was, as a friend of mine put it, the Democrats' "sacrificial lamb." Trading him for the chance to oust Trump was a no-brainer.

But even while he was drowning in allegations, Senator Franken had some defenders. And they're not all fellow Democrats.

Two staunch conservatives -- Newt Gingrich and Laura Ingraham -- were on Fox News the other night defending Al Franken on grounds that a "lynch mob" was out to get him and that he shouldn't be forced out without "due process."

I guess it's possible that conservatives who detest his left-wing politics, and probably don't even like him, would defend Franken on principle, but I'm not buying it.

So here's a theory on what Gingrich and Ingraham are really up to: If they defend Franken on due process grounds -- that there was no hearing where he could formally defend himself -- and that a "lynch mob" fueled a feeding frenzy against the senator, then it's much easier for Gingrich and Ingraham and other true-blue conservatives to defend -- guess who? -- Donald J. Trump and Judge Roy Moore. If Franken was unfairly hunted down by a "lynch mob" -- Gingrich's term -- then let's not let our guys suffer the same fate.

These days, partisans, both on the right and left, are so devious that they make Machiavelli look like an amateur, a wimp, a regular Rebecca of Sunnybrook Farm.

One last thing: Back in 1983, on the eve of a race for governor, Edwin Edwards, a Louisiana Democrat who in his own way was a colorful as Donald Trump, said that, "The only way I can lose this election is if I'm caught in bed with either a dead girl or a live boy."

This is bad news for Democrats salivating over the possibility that Trump won't last his entire term. The only way he's going to be driven from office is if he winds up in exactly the situation Edwards described. Unless, of course, that smoking gun emerges -- and it has Trump's and Putin's fingerprints all over it.