Superman Takes on the Cops, Batman Takes on Gentrification, and Captain America Takes on Border Control 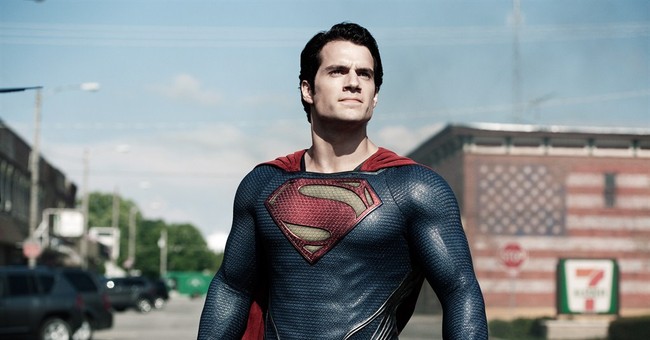 Trending
One of the most depressing features of modern American life lies in the left's total war on every facet of our shared culture. It isn't enough to produce movies with Steve Carell and Julianne Moore and Ellen Page about lesbian partners seeking legal protection for conveyance of property. Now, even comic books must be hijacked in order to promote leftist messaging.

The latest run of Captain America features the newest Cap, Sam Wilson, taking on the Sons of the Serpent -- an evil group of tea party types intent on stopping illegal immigration. The writer, Nick Spencer, is an ardent opponent of Donald Trump, and slathered the comic with his dislike for conservatives: the Sons of the Serpent amass at the border to stop the poor, bewildered illegal immigrants, whereupon the Sons of the Serpent leader announces, "Attention all trespassers! I am the Supreme Serpent! By invading this sovereign land, you defy the laws of God, Nature and the United States Constitution. Therefore, I hereby apprehend you by the power vested in me by the aforementioned God, Nature, et cetera, et cetera." One of the illegal immigrants cries, "Please, whoever you are -- we don't want any trouble --"

But the Supreme Serpent will have none of it: he continues, "Until the mighty wall is built, you come here for employment that is rightfully ours! And if denied it, you seek welfare paid for by our tax dollars!"

Thankfully, Captain America stops by to shut down the Minutemen wannabes, shouting, "If you're done threatening a bunch of unarmed folks, mostly women and children ... I'd pack up the pickup and head home if I were you, gentlemen."

It's not just Captain America now mouthing leftist talking points. Superman, once a friend to the cops, has now become their enemy. In the latest run of Superman Action Comics No. 42, the temporarily powerless Man of Steel ends up on the wrong side of the police -- a group of faceless fascists looking to shut down any discussion. That's when Superman arrives to take on the riot squad. That follows on the incredibly overrated Grant Morrison making Superman a black president of the United States back in Action Comics No. 9 in 2012.

And then there's Batman No. 44, in which the Caped Crusader stumbles on the body of a slain black teenager. The teenager was shot by a cop while wearing a hoodie. Writer Scott Snyder said, "Of course you want Batman to beat this officer up, and be like, 'How could you?'"

How did this black teenager end up in a confrontation with the police in the first place? He went to the Penguin for a loan since the evil, evil banks wouldn't give him a loan based on his lack of credit history; he needed a loan to keep his father's corner business going. For some reason, all of this is supposedly Bruce Wayne's fault for gentrifying the area -- even though gentrification would make his corner business valuable, and therefore saleable. Writer Brian Azzarello explains, "This thing is such a ripple, the way lives are affected by gentrification. ... And if you have no money, you have no voice."

Culture is one of the few areas of American life that allows us to continue to speak with one another. Left and right may have little in common, but we all like our movies and our television shows and our comic books. But when the left decides to turn comics into yet another outlet for their political propaganda, those cultural ties break, leaving yet another, small gap in our common life -- and indoctrinating another generation into leftist nonsense.