Benjamin Button and the Top 8 Rules for Good Filmmaking 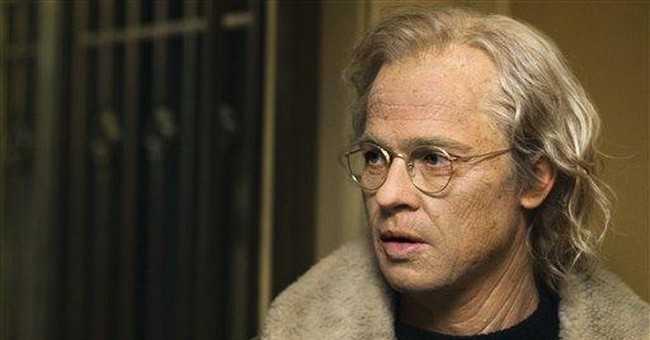 Last week, I went to see the new, critically acclaimed film The Curious Case of Benjamin Button. This movie has been touted as one of the best of the year. A.O. Scott of The New York Times labeled the film a lush, romantic hothouse bloom (Button) sighs with longing and simmers with intrigue. Rex Reed of The New York Observer goes even further: a monumental achievement one of the greatest films ever made.

All of which begs the question: What are these people smoking?

Button is a beautifully made, deeply flawed, dismally uninvolving, utterly incoherent mess of a movie. Theres a reason for that: the screenwriter is Eric Roth, the man responsible for rolls and rolls of overlong, uninspired drudgery, including Forrest Gump, Munich, Ali, The Horse Whisperer and The Postman.

1. Answer Your Central Question. The question in Button is: How does aging backwards affect a man? The answer seems to be: the same way aging forwards affects everyone else. Thats boring. How about showing us something interesting?

2. Dont Ignore Obvious Conflicts. In Button, Benjamin Button is white. He is raised by an adoptive black mother and father in 1920s and 30s New Orleans. Yet there is no racial conflict. Theres another major issue: Those around Button treat him as essentially normal. No one calls a doctor or asks a scientist or even treats him as a freak. Why not?

3. Make Your Main Character Compelling. If were going to follow a character for three hours, hed better be compelling. A medical condition isnt enough to sustain interest in a character. Is there anything more boring in life than listening to someone list their medical problems? The same holds true in the movies. Button relies on the fact that Button is aging backwards. But he is a passive participant in his own life. Hes Adrian Brody from The Pianist with a reverse case of progeria. Zzzzzz.

4. Develop Your Characters. Button doesnt develop as a character. Thats shocking. For an overlong movie about a man traveling backward through life, youd expect that when Button looks 20, hed be acting 60. Instead, hes tooling around the country on a motorcycle at 50 looking 30, taking a sex vacation with his girlfriend at age 45 looking 35, and visiting India to find himself at 60 looking 20. He acts how he looks, not how old he is. Thats bad scriptwriting.

5. Create A Narrative, Not a Collection of Short Stories. Button, like Gump, is a series of short stories connected tenuously by Buttons presence. Its as episodic as a season of Friends. The movie feels like it was written by a 10-year-old with attention-deficit hyperactivity disorder: Hey, lets have a scene with a submarine. But now lets do a scene in India. Or how about lets have an old opera singer die?

6. Be Consistent. If your story is about a man aging backwards -- if hes getting younger as time goes on -- he cant have dementia when he enters childhood. His brain is also getting younger.

7. No Irrelevancies. Consistent use of non sequiturs isnt clever, its annoying. In Button, theres a character who randomly pops up to announce that when he was younger, he was hit by lightning seven times. Each of these little announcements is accompanied by old film of him being hit by lightning. The audience laughs, naturally -- its completely out of left field. But this is a stupid laugh. Its the equivalent of Adam Sandler suddenly appearing and shouting poop! in the middle of Gallipoli.

Button could have been a great movie. It could have had a coherent plot, a meaningful message, or character development. Instead, Button is an exercise in self-indulgent, self-celebratory faux profundity, tied together with a big budget and neat effects. Film critics love this sort of incomprehensible muddle of a film; they mistake the inscrutable for the ineffable. They make the same mistake with politics and with life; they mistake lack of clarity for nuance. In doing so, they mistake cow pie for rice pudding.