“Just Believe”: The Closing Of The American Progressive Mind On Matters Of The Economy And Energy 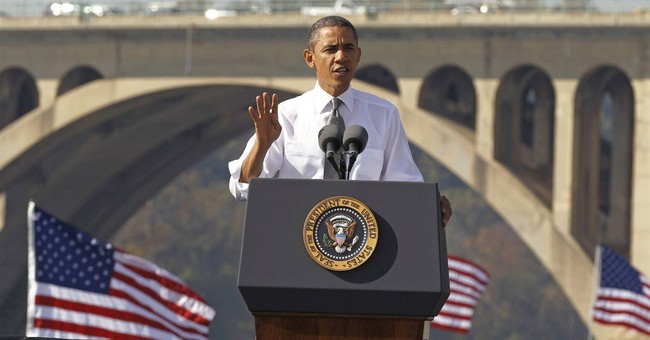 Have you noticed that the cries of the cultural and political “left” in the U.S. are becoming more venomous and shrill? As President Barack Obama flails on the international stage and approval for his domestic agenda and his party in Congress slips away, so-called “progressive” Americans are also watching something else slip away: the chances of politicians and government bureaucrats getting a strangle-hold on the petroleum energy industry.

The stated goal of progressive energy policy is to stave-off “global warming” (or “climate change” or “climate disruption” or whichever term progressives choose at any given moment), and the means to that end is curtailing oil production and consumption. But expanding government power to force a reduction in oil production and consumption and in turn to mandate “green energy projects” is the only way to make it all happen, so progressives say, and anybody who dares to doubt the agenda is a “climate denier” and to be despised.

Legitimate questions that thoughtful people might otherwise have about “climate science” or the economic viability of alternative energy projects shall not be expressed, and concerns about conflicts of interest or corruption with “climate activists” are to be ignored. Consider for example the excerpt below from New York Times contributing columnist Timothy Egan. In a May 8th piece about billionaire brothers David and Charles Koch, Egan wrote, in part:

“They have used a big part of this fortune to attack the indisputable science on climate change, to buy junk scholars, to promote harmful legislation at the state level, to go after clean, renewable energy like solar, and to try to kill the greatest expansion of health care in decades.”

Did you get that? The “science” that animates global warming policies is “indisputable” regardless of how many scientists dispute it. “Clean, renewable energy” is to be praised- always – no matter how much American taxpayer money gets handed-over to green energy companies that end up going bankrupt and never producing any energy at all.

And here’s something else about which American progressives seem completely unaware: free people on at least three different continents have elected governments that are abandoning the progressive goal of destroying the petroleum energy industry and moving in the exact opposite direction of the Obama Administration. One of the most obvious examples of this is just a bit further northward, but right here in North America.

Consider Stephen Harper, the Prime Minster of Canada. First elected in 2006 on a campaign pledge to, among other things, foster close ties to President George W Bush and America’s efforts to fight terrorism, Harper has over the past eight years championed free trade, federal government spending reductions, and a significant boost in oil production. Today the Canadian government is on track to be debt-free in 2015, as Harper tirelessly lobbies the U.S. to become more cooperative with oil pipeline projects and energy exploration.

Then consider the country of Australia and it’s new Prime Minister Tony Abbott. It wasn’t sufficient that in 2013 Australia was already a global leader in iron ore and timber production and that’s its’ government was set to close out the calendar year debt-free – no, the citizenry of the land “down under” wanted an even more business-friendly and fiscally sound government for themselves, so they elected a candidate for Prime Mister who repeated from the campaign trail that the global climate change agenda is “absolute crap.”

Shortly before his election win Abbott was asked in a nationwide television interview “with our government debt so low, why do you want to cut government spending even further?”

“Because there’s still waste in our government, that’s why” Abbott replied. Shortly after his September 7, 2013 landslide victory he set a date of July 1, 2014 by which he intends to eliminate his nation’s “carbon tax.”

And – gasp! – could it be that the European nations are abandoning their “green” status? It would appear that way. Two months ago the European commission, the legislative body that sets policies shared among the member nations, voted to officially abandon specific sets of “climate change protocols.” Even more stunning, the commission appears to be preparing to allow fracking among the member nations, with the hope of making Europe a leader in the global natural gas and oil shale markets.

True believers in President Obama’s agenda probably won’t allow themselves to ask difficult questions or to consider how the world is changing, at least that probably won’t happen anytime soon. The rest of us, however, need to speak up, face the facts, and stop ignoring harsh realities on the economy and energy policy.