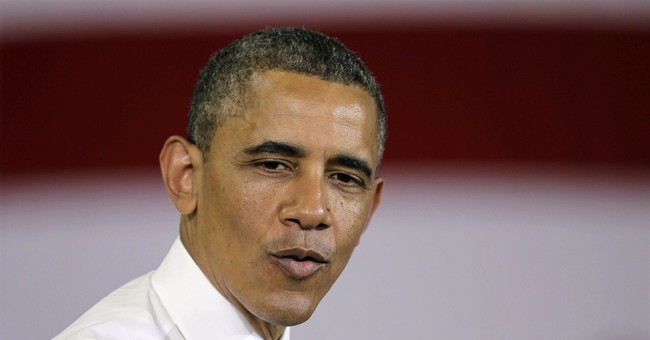 “Is this still America?” Congressman Kevin Brady (R-Texas) asked rhetorically last Friday, as he and other members of the House Ways and Means Committee questioned IRS officials about the agency’s “targeting” scandal. With all due respect to the Congressman, here’s a rhetorical answer: this is Obama’s America, and it is unlike anything we’ve known before. And here are, perhaps, a couple of more pertinent questions that we should all be asking right now: do sufficient numbers of Americans actually see how our country has been transformed over the past four years or so, and do sufficient numbers of us care about it?

Conservative America has been ranting and raving over the past several days, as the truth of the Obama Administration’s IRS scandal slowly unfolds. “They Knew Last June” a headline at Drudgereport.Com stated, as it linked to a Wall Street Journal article suggesting that “high ranking” administration officials knew about the targeting of conservative and religious organizations last June in the midst of the President’s re-election campaign. Similarly, other groups and individuals compared the crisis to President Richard Nixon’s Watergate scandal, and quickly concluded that Obama’s IRS scandal is far worse.

Objectively speaking, this scenario is horrific. Yet the indignant blog posts and impugning Facebook remarks quickly become irrelevant to a culture that neither understands, nor cares about the injustice of the IRS targeting certain people groups. And if you don’t think that it’s a “tough sell” to get people to actually care about this, consider these two realities:

Participation in America’s labor force is dreadfully low: The labor statistic that gets the most attention in the media on a regular basis is the unemployment rate, yet look beneath the headlines, and you’ll find a more enlightening figure known as the “labor force participation rate.” This data point offers a clear picture of what percentage of the population is working, and what percentage is – for whatever reason-not working. And for the past three years, the labor force participation rate has been just slightly over 60%, which is roughly a thirty year low.

Furthermore, over the past four years a staggering 49% of American households have been receiving some sort of monthly government welfare benefit, while President Obama has slated for a $500 billion annual expansion of direct welfare payments to households between now and 2016. Why is this relevant to the IRS scandal? It’s pretty simple. Logic would suggest that those who choose to live off of government subsistence are probably less likely to be critical of their government, even in the face of malfeasance – to do otherwise would be tantamount to biting the hand that feeds you. And, in any event, government welfare recipients are likely less inclined to either operate non-profit groups, or to donate to them. Put yourself in these shoes, and then realize that the IRS scandal is too easily dismissed as “somebody else’s problem.”

Faith-based Americans have, at least for the time being, fully embraced big government: One might think that the IRS scandal would have special relevance for American religious groups, given the discovery that an IRS agent demanded that a non-profit prolife organization reveal “the content of your members’ prayers.” The emergence of new government “prayer monitors” here in the U.S. is eerily reminiscent of things that Jews encountered in the early days of Hitler’s Germany (before he brought about the Holocaust), or that Christians and Jews alike faced in the former Soviet Union.

But try searching for news last week about Christian groups protesting this egregious new government intrusion in to private religious practice. You probably won’t find any. What you will find, however, are lots of headlines noting both Protestant and Catholic groups asking for more government.

Specifically, after the House Agriculture Committee chose to cut $2.5 billion in funding for the federal Food Stamps program last week, several Protestant and Catholic groups are stamping their feet demanding that the funding be restored. Do an online search for that, specifically, and you’ll find plenty of headlines.

History demonstrates that a government which is big enough to meet one’s need for food is a government that is big enough to strip away one’s right to worship freely, and logic suggests that you can’t credibly demand government intervention in to one area of private life while demanding that government stay out of another. But never mind history and logic. The cries of American Christians demanding more government welfare are – at least for the time being – far louder and more plentiful than Christians who are decrying the threats to their liberty.

Is the IRS scandal serious, and might it lead to criminal charges? Yes, and yes. But the root of our nation’s problems won’t be addressed until Americans abandon their ambivalence about big, abusive government.