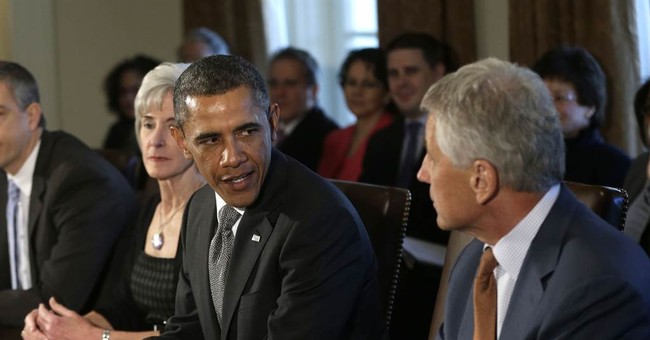 Is President Obama taking-over our nation’s public schools? Is a United Nations agenda infiltrating America’s K-12 classrooms? No, not exactly. Not Yet. But the so-called “Common Core” public education agenda could be paving the way for some serious trouble.Here are a few basic assumptions that people are making about Common Core – along with the facts of the matter.

Assumption # 1 : “Common Core” is a set of educational curriculum requirements being imposed on the states by the Obama Administration. Technically speaking, this is false. “Common Core,” whose official name is the “Common Core State Standards Initiative,” is not, itself, about curriculum. It is a set of academic standards that students in the various grade levels are expected to achieve. It has not been created by the Obama Administration, but rather, it is actually an effort that first emerged at the state level, undertaken by state governors and state superintendents of education nationwide. The official sponsoring organizations of the initiative are the National Governor’s Association (“NGA”), and the Council of Chief State School Officers (“CCSO”).

Attempts to impose academic standards on public educators date back to the early 1980’s. In the 1990’s it became a state-driven matter, while The federal No Child Left Behind Act, signed in to law by President George W Bush in January of 2002, required the states to create their own academic standards, and then to achieve them, in order to receive federal education funds.

During the past decade, state Governors and state education Superintendents began to collaborate in an effort to bring uniformity to their respective states’ academic standards, and today, there are three primary organizations that advance the Common Core agenda. The NGA and the CCSO, as noted above, remain as the official sponsoring organizations of the initiative. Separately, a group called Common Core, Inc., a non-profit, 501 (c) 3 organization based in Washington, D.C., writes curriculum (not academic standards) that is intended to help educators comply with Common Core Standards.

Assumption #2: The Common Core State Standards Initiative receives bipartisan support around the country. This is true. Both right-leaning and left-leaning individuals and groups across the U.S. support the Common Core initiative. The left-leaning American Federation of Teachers and the Fordham Institute, both champion the Common Core effort, as does the Foundation for Excellence In Education, an organization headed-up by the Republican former Governor of Florida, Jeb Bush. Similarly, both Republican and Democrat Governors - including Governor C.L. “Butch” Otter (R-Idaho), Governor Jerry Brown (D-California), and Governor Duval Patrick (D-Massachusetts), all support the Common Core effort.

Ritz’ election in the heavily Republican state of Indiana is often cited as evidence of Common Core’s unpopularity. In November of 2012, Ritz unseated Indiana’s incumbent Republican State Superintendent, Dr. Tony Bennett, in part by campaigning against the Common Core initiative and claiming that Indiana’s adoption of the Common Core standards would result in a loss of state sovereignty. Ritz ended up receiving more votes in that election than did the new (and popular) Governor of Indiana, Mike Pence.

Assumption #3: The Common Core Initiative allows the U.S. Federal Government to directly control educational content nationwide. This is false. However, a scenario like this could come about indirectly.

Federal law prohibits the federal government from dictating educational curriculum content to the nation’s public schools. In fact, according to independent legal research conducted by the Pioneer Institute, no less than three separate statutes prohibit this from happening.

Yet on President Barack Obama’s watch, there has been a concerted effort within his administration to control public education with the Common Core agenda. Back in 2009 and 2010 when the administration was distributing so-called “stimulus” funds, the U.S. Department of Education devised what was called the “Race To The Top” initiative. Public schools could apply for and receive the stimulus money, but they had to meet specific criteria.

One of the criteria was for schools to adopt teacher evaluation procedures (this was a good thing, despite the outrage to the idea from teachers’ unions). Another criteria was for school districts to adopt higher “college and career standards” for students. And it just so happened that, in order to qualify for the stimulus funds, many states chose at that time to adopt the “Common Core” academic standards as a means of qualifying for the funds.

Interestingly, when the state of Massachusetts first applied for the “Race to the Top” stimulus funds in the first round of funds disbursements, the state had not yet officially adopted the Common Core standards, and ended up ranking only 13th among the 17 states that qualified for the “extra” funds. Later, after Massachusetts officially adopted the Common Core academic standards, the state received a #1 ranking when it next applied for the funds.

The lesson from Massachusetts was pretty clear. Adopt Common Core standards, and you’ll get more money from Washington. The Obama Administration could technically and legally mandate educational content to the states, but it has successfully used a “third party entity,” of sorts – the Common Core initiative – to have its way with the states. Given this precedent, it’s not difficult to see how the feds could eventually begin requiring certain types of curriculum for kids nationwide.

Many of the nation’s Governors and state school Superintendents who support Common Core still like to remind their constituents that the initiative is a “state thing,” not a “federal thing” – and, therefore, it’s a good thing. For them, to reject the agenda is to ignore their brilliance.

But all Americans should heed the warning: when a majority of the states begin to all do the same thing in terms of public policy, we, the people, become an easier target for federal control.