Awakening the Welfare Recipient Within 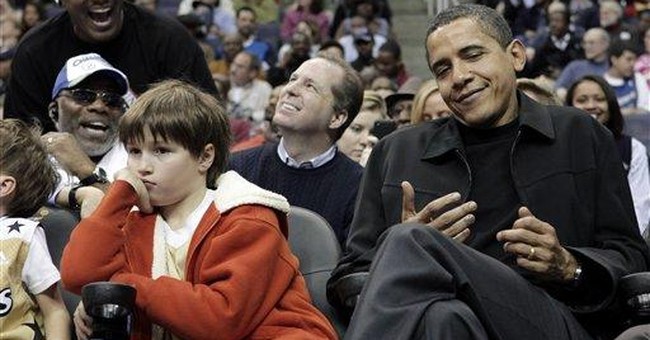 For millions of my fellow Americans, President Barack Obama is awakening the welfare recipient within.

Perhaps it’s his dulcet-toned voice. Maybe it’s his charming personality. Whatever the reason, it appears that in the era of Obama, millions of Americans have discovered that there is a welfare recipient deep within them.

For some Americans, an inner welfare recipient is not news. Yet for others, this seems to be a new discovery, and Washington’s invitation (which in some cases is a demand) to feast at the public trough is not only irresistible, it is as welcomed as a cup of cool, refreshing water.

To be certain, those with an inner welfare recipient comprise a diverse bunch. It includes highly paid corporate executives who, having managed their companies into failure, and not only welcome but demand welfare, lest they have to experience the consequences of their management.

It includes state Governors who without hesitation disavow responsibility for leading their state into deficits, blame it all on “the recession,” and now welcome the life-saving federal welfare to “close the budget gap.” Included here is the never-girly-man-Governor Arnold Schwarzenegger who, with California teetering on bankruptcy, instinctively sang praises to Obama for providing “relief,” and then implemented yet another crushing tax hike on the citizenry (note to Arnold: your state’s economy has long been lauded as “the sixth largest economy in the world,” but during your tenure it has slipped to number nine - - how girly-man is that?).

It includes people who purchased more of a house than they could afford, and now can’t make their house payments. It even includes Americans whose home is worth less than what they owe on their mortgage, and, while they can still make the payments, gosh darn, it just seems so “unfair” to have to keep your commitments in a situation like that…

It includes Americans who need condoms and digital tv converter boxes and environmentally friendly golf carts and tattoo removal and “cricket control” and childcare and “the arts” - - and don’t want the burden of paying for these things themselves.

In the short time since the current Congress convened and President Obama took the oath of office in January, we’ve seen lots of our scarce, hard-earned dollars allotted for things that awaken the welfare recipient within. Millions, billions, trillions - - who can really keep track of just how many of our dollars have been spent? President Obama and the Congress call this economic “stimulus” spending. But those who will be on the receiving end of these expenditures understand that, in reality, it is the welfare recipient within that is truly stimulated.

I, for one, am unable to relate to any of this. I was abused by my Great Depression-era Parents who indoctrinated me with the idea that independence and self-reliance were the means to a good life, and that there is a level of “shame” entailed in being a welfare recipient. But thank God Congressman James Clyburn of South Carolina was on hand to set me straight, noting that it can actually be shameful to NOT be the recipient of government welfare. In fact, Congressman Clyburn went so far as to say that if South Carolina Governor Mark Sanford were to refuse federal welfare for his state, that act alone might even be deemed “racist.”

My only hope is that there are others in America who are like me, and believe that cultivating an inner welfare recipient is something to be avoided. Obviously, I’m out of step with the “values” of Barack Obama and Arnold Schwarzenegger and Nancy Pelosi and Dick Durbin and James Clyburn and Chuck Schumer - - heck, I’m even out of step with those family -oriented “Utah values” of Harry Reid.

But last week, After President Obama’s address to the nation, Michael Maslansky of the Luntz-Maslansky Strategic Research firm in Virginia conducted a poll. He discovered that there is now a new divide that has emerged in our country, a divide even greater than that between Republicans and Democrats. He calls it the “responsibility divide,” a philosophical distinction between those who, to use my terms, “have an inner welfare recipient,” and those who believe that our government has now begun to enable other people’s irresponsible behavior.

It’s not clear yet as to which category is greater in number - - those who embrace the welfare state, and those dull, boring, mean-spirited, humorless folks like me who are responsibility advocates.

But the era of Obama has now been defined, and the lines have now been drawn. And as more of our fellow Americans discover their inner welfare recipient, watch for the “responsibility divide” to get even bigger.

Another Fauci Lie About Masks and the COVID Vaccine Comes Back to Bite Him
Townhall
'Is this good now?' When can we expect the usual suspects to sound the 'collusion' alarm over this report on Joe Biden and Vladimir Putin?
Twitchy
Randi Weingarten Shoots Herself and the Biden Admin in the Foot With a Huge Admission
Redstate
Insanity Wrap #209: White People Even Walk Racist
PJ Media