Decouple and Control: U.S. Must Secure Supply Chains and Production

Austin Bay
|
Posted: Jul 01, 2020 12:01 AM
Share   Tweet
The opinions expressed by columnists are their own and do not necessarily represent the views of Townhall.com. 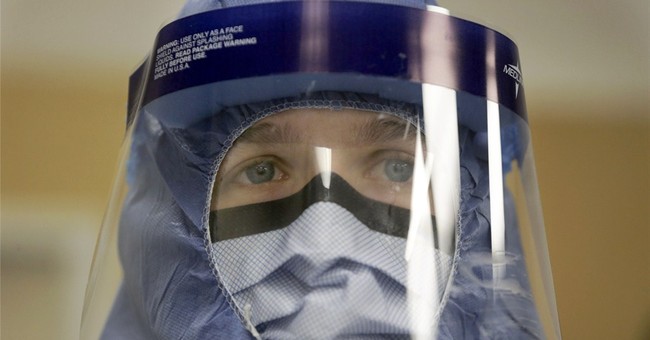 So another Chinese Communist Party guarantee has entered the dustbin of history. Now tyrannical whim backed by military threat will rule the city. After a decent interval of propaganda glorifying "one China, one system," the Pearl of the Orient's free media and honest courts will die along with its democracy.

To protect their own political, economic and military security, the U.S. and other democracies must treat Beijing's CCP regime as the aggressive adversary it is.

Unfortunately, the economic globalization process that accelerated in the 1990s entwined the U.S. and Chinese economies. A large slice of U.S. manufacturing moved offshore. China began producing computers, communications gear and pharmaceuticals. Why? As China's economy modernized, the U.S. bet political liberalization would follow. International integration would moderate China's communists, and a democracy focused on internal development and peaceful economic competition would emerge.

Evidence of CCP dirty dealing emerged in the 1990s, even as the U.S. lost critical production capacity and ceded control of vital mineral resources to unreliable foreign states. Evidence that America was vulnerable to a rare-earths embargo emerged in 2010. The COVID-19/Wuhan virus pandemic has exposed the fragility and flaws of globalized supply chains and extensive offshore production, especially drugs and medical gear.

To its credit, the Trump administration has insistently acknowledged that the China liberalization bet failed and its failure must be addressed.

Two words describe the solution: decoupling and control. Decoupling is wonkspeak for separating supply chains. (The word's easy; the chains and decoupling process are complex horrors.) "Control of production" means "build it yourself."

America can rely on Mexico, Canada and, I'd say, roughly a dozen other nations for the production of critical military and health-related goods. However, reliance on nation-states beyond North America always has risks.

The Trump administration's "neo-NAFTA," the U.S.-Mexico-Canada Agreement, is a powerful economic and diplomatic tool for decoupling from China's pirate economy. Other key U.S. allies in the Indo-Pacific might be interested in a similar arrangement. (Indo-Pacific is Pentagon-speak for Japan, Australia, South Korea, Singapore and -- Washington hopes -- India. Don't discount it. Chinese and Indian troops are spilling blood in the Himalayas.)

On June 24, the Senate Energy and Natural Resources Committee held a hearing on mineral supply chains. Committee Chair Sen. Lisa Murkowski, R-Ala., said this in her initial remarks: "The pandemic has brought home that we don't produce many goods important to our country. Over the past several months, that has become clear for a range of crucial medical items including personal protective equipment for doctors and nurses as well as individuals. But it also extends to a much wider range of health care, electronic, industrial, defense and energy technologies."

Testimony added specifics. Portable heart monitors "wouldn't function without the minerals lithium, nickel and zinc." Magnets and batteries in many defense technologies rely on rare-earth elements (direct quote: "a host of minerals that almost no one can name that are critical to our economy, our security, our competitiveness and our health.") China and Russia have significant control over "upstream raw resource supplies" and manufacturing finished products. For example, Russia dominates uranium production. The transcript mentioned China's 2010 threat to cut off rare-earth access.