Austin Bay
|
Posted: Aug 28, 2019 12:01 AM
Share   Tweet
The opinions expressed by columnists are their own and do not necessarily represent the views of Townhall.com. 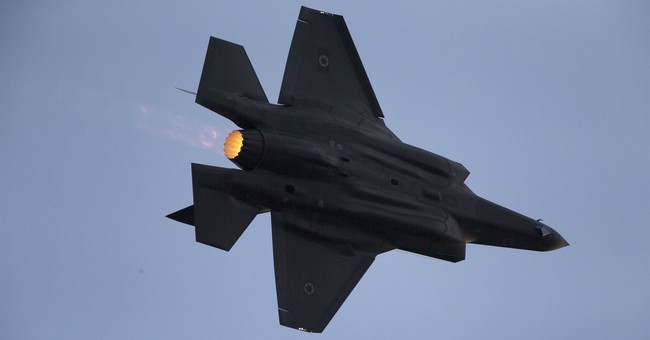 Give Turkish President Recep Tayyip Erdogan his due. On the global diplomatic stage, Erdogan can display power-player skills diplomats can admire, no matter what they tell reporters. For example, like President Donald Trump, Erdogan uses the perception of tumult and impulsiveness to gain political and diplomatic advantage. Surprise agitates; the unexpected momentarily boggles. Erdogan says something -- anything -- provocative and sensational, waits four beats (or tweets) as adversaries react and semi-credentialed talking idiots pontificate, and then shifts rhetorical fire and nation state-empowered ire to his real diplomatic target.

Deep background: The boggle tactic is classic. Sun Tzu and Machiavelli would both endorse it, with the caveat that savvy leaders must concede it has physical and common-sense restraints. Other human beings may initially boggle, but people aren't stupid. To paraphrase Lincoln, boggle diplomacy won't fool all people all the time. Strategic advice to bogglers: Don't let your ego lead you into a dead-end alley.

The F-35 clash left Erdo in a box canyon (cowboy for dead end). Clever word games, diplomatic jive and media posturing differ from high-performance stealthy military aircraft loaded with sensors -- real-world airplanes that give the United States and its reliable allies a huge edge in combat. Combat: life or death for American military personnel. Combat makes or breaks the Pentagon's research, development and acquisition (RDA) systems and its training regimen. To Hell with the Beltway Clerks, propagandists and political operatives spouting on cable talk shows. American taxpayers -- a group that includes the fathers, mothers, families and hometown friends of American military personnel -- demand their money's worth, combat that results in victory and brings our warriors back alive.

Which is one of many reasons Erdogan's fall 2017 agreement with the Kremlin to purchase Russia's S-400 "Triumph" surface-to-air missile defense system was strategically foolish and damaging, for the Turkish economy, for Turkish military security and even for The Ego Sultan (Erdogan) himself. That decision cost the Turkish air force the F-35's capabilities. Turkish aerospace companies lost component manufacturing contracts. Erdogan's decision was plane stupid, and he paid for it in trump cards. (If you object to the double pun, too bad.)

Turkey's purchase of the S-400 placed a digital Russian "spy" within NATO's air defense network. The F-35 is a "networking" weapon. In stealth mode, the F-35 can detect targets and relay the information to non-stealthy U.S. and allied aircraft. Are you worried about Russian interference in U.S. elections? The S-400's technology gives Russia an intimate look at NATO's command and control communications technology.

Which is why the purchase puts Turkey's continued operational cooperation with NATO in doubt.

In a July 2018 column, I wrote, "Denying Turkey the F-35 amounts to the U.S. kicking Erdoganist Turkey out of NATO." In August 2019, I'll acknowledge Turkey continues to cooperate strategically (NATO aircraft still use the huge Turkish airbase at Incirlik). However, my 2018 assessment is correct for combat operations pitting NATO aircraft against near-peer combatants with access to Russian intelligence.

If Pentagon insiders want to argue, dig: In July, Department of Defense Undersecretary for Acquisition and Sustainment Ellen Lord stated, "Turkey's purchase of the S-400 is inconsistent with its commitments to NATO and will have detrimental impact on Turkish interoperability with the alliance."

Compromised defense technology is a pervasive problem that goes beyond the F-35. On Aug. 20, Secretary of State Mike Pompeo told CNBC, "The threat of having Chinese telecom systems inside of American networks or inside of networks around the world presents an enormous risk, a national security risk. Our mission set is to find a way to reduce that risk ..."

Pompeo was assessing cyber and communications risk, but they are analogous to a NATO ally compromising the F-35s capabilities by deploying Russian missiles.