Horsemen of the Apocalypse: War and Ebola in Eastern Congo

Austin Bay
|
Posted: Nov 07, 2018 12:01 AM
Share   Tweet
The opinions expressed by columnists are their own and do not necessarily represent the views of Townhall.com. 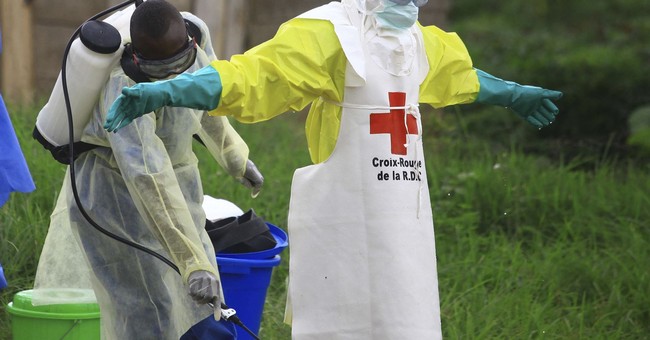 In two of Congo's anarchic eastern provinces, War and Plague combine to inflict local horrors and seed conditions for a "breakout epidemic" with lethal regional and possibly global health consequences.

Unpacking that first sentence illustrates why War and Plague in Congo are a legitimate American national security concern.

The War is eastern Congo's episodic slaughter that since 1996 has waned then waxed. The Plague is the deadly Ebola virus. Spread by direct contact with body fluids, about 50 percent of its victims die within six to 16 days of contracting it.

Ebola periodically escapes its geographic reservoir in Central and West Central Africa. Infected passengers on commercial jets can and do transmit the disease internationally. In 2014, Ebola victims contracted the virus in Africa and then flew to Texas and New York. The American medical and public health system (the world's best) made an overdrive effort to contain the Ebola threat and it succeeded. Only two people in the U.S. contracted the virus, and neither died.

Ebola's 2014 visit to America could have been an epidemic and the Centers for Disease Control experts know this. An outbreak occurs when a virulent, highly contagious disease escapes medical and public health efforts to disrupt disease transmission by treating and isolating (quarantining) current victims and -- if a vaccine exists and is available in sufficient quantities -- vaccinating potential victims.

The two specific Congolese provinces I'm talking about are North Kivu and Ituri. Understand, political suspicion and ethnic distrust disturb every Congolese province. However, in Ituri, North Kivu and neighboring South Kivu provinces, an estimated 40 armed groups, ranging from criminal gangs to local tribal militias to a Ugandan Islamist rebel group known as the Allied Democratic Forces, wage low-level warfare against an incompetent and corrupt Congolese Army. Every so often, crack U.N. peacekeepers from South Africa and Tanzania intervene. The day-to-day reality for Congolese civilians, however, is fear-ridden chaos.

So far Ebola hasn't appeared in South Kivu -- but an epidemic has broken out in North Kivu and Ituri.

War and Plague's capital letters invoke the Book of Revelations Four Horsemen of the Apocalypse. Though theological and cultural interpretations clash, the White Horse symbolized Pestilence (infectious disease) and the Red Horse was War.

Before accusing me of biblical hyperbole, consider this thoughtful quote from a recent study by the Center for Strategic and International Studies:

"When an outbreak occurs in an active war zone, it demands a different level of security thinking: how is risk to be estimated, how much risk is acceptable, and how is risk to be managed effectively? The security challenges now appear bigger than WHO, the DRC Ministry of Health, and other partners can handle. So realistically, what more needs to happen, and what additional capacities are possible? A second vital question is how much does the threat of an Ebola outbreak in eastern Congo, in a war zone, matter to major powers?"

On Oct. 22, the World Health Organization said that the Ebola epidemic in eastern Congo was "not yet severe enough to be declared a global emergency. ... The risk of international spread is low." However a global emergency warning might be issued if Ebola spread to another country.

On Oct. 31, Strategypage.com reported that "Ugandan health service personnel are screening from 8,000 to 20,000 people a day along its border with Congo... Congolese health officials say attacks by the Ugandan Islamist rebel Allied Democratic Forces (ADF) militia and other violence in North Kivu province have disrupted efforts to control the epidemic."

On Nov. 1 WHO reported that the disease could spread to South Sudan.

Even in the 21st century, War spreads Plague.