Time to Fix the Flaws in the Deceitful Iran Nuclear Deal

Austin Bay
|
Posted: Apr 25, 2018 12:01 AM
Share   Tweet
The opinions expressed by columnists are their own and do not necessarily represent the views of Townhall.com. 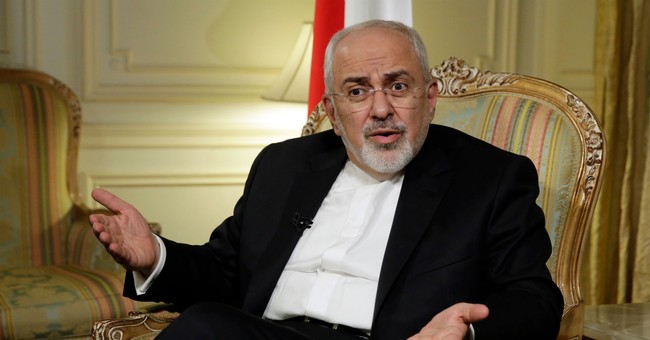 By May 12 the Trump administration must once again review American participation in the deceitfully named Joint Comprehensive Plan of Action, the Obama administration's so-called "nuclear weapons deal" with Tehran's terrorist regime.

Indeed, the JCPOA is deceitfully named, so let's address that problem before returning to President Donald Trump and the decision the JCPOA stipulates he must make every 90 days.

Incorporating "comprehensive" in the agreement's official name is reprehensibly dishonest, for Barack Obama's deal is anything but comprehensive.

Here are some more accurate descriptions of this arms-control monstrosity: sketchy, incomplete, imprecise and spineless.

"Spineless" is a critical description, and the JCPOA's spinelessness is multidimensional. The Senate never ratified the JCPOA per the U.S. Constitution, so it is not a treaty. Since it is not a treaty, the JCPOA lacks sustaining domestic political spine. Major flaw? Yes. It means the JCPOA amounts to little more than Obama administration verbal vaporware.

In 2015, the ayatollahs lived in world of increasing domestic opposition, corruption and crimped finances. Obama's "deal" immediately rewarded the corrupted and crimped ayatollahs with billions of dollars in cash and sanctions relief. Follow the timeline and it appears Tehran's bad guys got cash before the agreement was officially concluded.

Giving crooked dictators billions to agree to vaporware was a spineless and stupid act -- an act that segues into the JCPOA's most grievous weakness. The JCPOA fails, utterly, to punish Iran's robed dictators and their clique for their unacceptable misbehavior, such as sponsoring state-supported terrorism. Since 1984 Iran has been on the U.S. list of state sponsors of terrorism. The ayatollah dictatorship also engages in what some analysts refer to as "violent meddling operations." Iranian intelligence operatives and its Quds special operations section callously seed chaos in vulnerable, impoverished countries throughout the world, because the regime believes it benefits from instability where human beings die violently.

Why was this agreement ever made? President Trump damned it during the campaign as one of the stupidest deals ever made. Trump may have gone too far; history has witnessed a lot of stupid and grandiose diplomatic deals, such as the one Neville Chamberlain made with Adolf Hitler in Munich in 1938 that guaranteed Western Europe "peace for our time." But if he was limiting his comment to U.S. presidents, he has an argument at least worthy of cable television. Requiring Senate ratification of treaties creates a handy institutional brake on U.S. presidents with grandiose visions of their history-shaping genius.

In January of this year, President Trump reluctantly agreed to extend the agreement, but indicated it would be the last time he did so. That was not a surprise. In October 2017 Trump made it clear the U.S. would counter Iran's "destabilizing" activities (think Iraq and Syria) and its "support for terrorist proxies" and "proliferation of missiles" (think Hezbollah in Lebanon and the Houthis in Yemen). He also said that "serious flaws" in the JCPOA had to be fixed.

Failure to penalize Iran's violent misbehavior is the major flaw. On April 17 the House Homeland Security Subcommittee on Counterterrorism and Intelligence held a hearing that focused on Iran's global terrorism and crime network. Witnesses accused Iran of directing organized criminal syndicates engaged in narcotics, weapons and human trafficking. These syndicates extend to South America and Central America. Is Iran a direct threat to the U.S.? Yes. One witness reminded the subcommittee that in 2011 an Iranian operative was arrested before he could assassinate a Saudi diplomat in a Washington, D.C., restaurant. The Iranian operative intended to kill him with a bomb.

Aborting Roe Will Not Save the Dems in 2022
Townhall
'We are gonna look cute AF!' Comedian Vinny Thomas helps Patriot Front get their outfits ready for marching on D.C. and ROOOOFL (watch)
Twitchy
Joe Biden Entered the Bubble Last Night and Perfectly Illustrated the Two Americas
Redstate
The Morning Briefing: Even the Partisan Hack MSM Is Souring on Kamala Harris
PJ Media