Austin Bay
|
Posted: Mar 16, 2016 12:01 AM
Share   Tweet
The opinions expressed by columnists are their own and do not necessarily represent the views of Townhall.com. 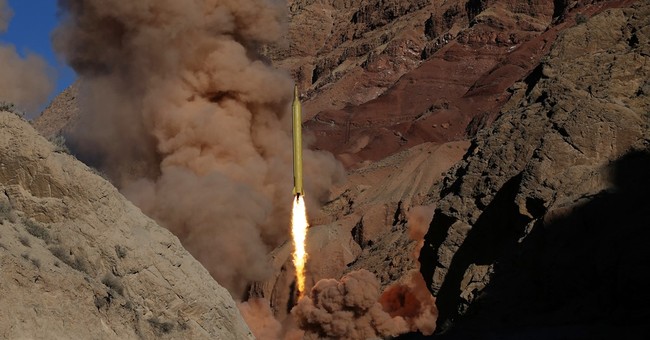 Trending
Presidential debate moderators would perform a public service if they ask the candidates -- in both parties -- to publicly state their positions regarding U.S. missile defenses.

A missile defense question addresses immediate and emerging national security threats to America and its allies.

North Korea has ballistic missiles and threatens to use them. On March 13, regime propagandists claimed their state possesses a hydrogen bomb and were it "to be mounted on an intercontinental ballistic missile and fall on Manhattan in New York City, all the people there would be killed immediately and the city would burn down to ashes."

North Korea recently test-fired a missile that may have intercontinental range; it claims it has miniaturized nuclear weapons. Translation: it can put nukes on missiles.

On March 10, Admiral William Gortney, commander of U.S. Northern Command and North American Aerospace Defense Command, told the Senate that it is "prudent" to assume North Korea has miniaturized nuclear weapons and can target the U.S.

Iran is another problem. On March 10, Iran launched two intermediate range ballistic missiles. A vicious message, in Hebrew, was painted on the missile boosters: "Israel must be wiped out."

Iran's dictators read the president's vaguely worded but majestically-named Joint Comprehensive Plan of Action (2015 nuclear deal) and conclude they can build any missile they desire, as long as they assure the world the missile won't bear a nuke warhead.

Get real. The missiles Iran is developing are integral components of a nuclear war-fighting program. The president's nuclear deal freed up billions of dollars for Tehran to use to procure advanced missiles.

Israel intends to protect itself. In December 2015, Israel successfully tested the Arrow 3, a high altitude ABM.

Attention debate moderators: Israel and the U.S. jointly developed the Arrow 3. The missile is the offspring of President Ronald Reagan's Strategic Defense Initiative. Remember how Democrats ridiculed SDI? Ask the candidates whether the ridicule was shortsighted, or just a result of plain ignorant partisanship.

The U.S. and Japanese navies both have the capable Aegis ABM system on Aegis warships. To counter North Korea, Hawaii may receive an Aegis Ashore battery. NATO is in the process of deploying Aegis Ashore missiles in Eastern Europe -- to protect European NATO nations from a missile fired from ... Iran's direction.

ADM Gortney testified that the U.S. needs improved missile defenses "to engage the (missile) threat throughout its flight, keep them on the ground, kill them on the (launch) rails, kill them in boost phase" and also be able to destroy warheads "in space in mid-course."