Arthur Schaper
|
Posted: Oct 04, 2018 12:01 AM
Share   Tweet
The opinions expressed by columnists are their own and do not necessarily represent the views of Townhall.com. 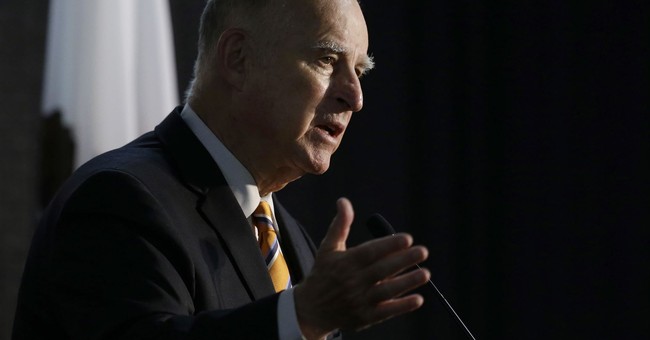 The last weekend has been nothing short of shocking for California voters.  Constitutional conservatism has emerged again (somewhat) in a liberal bastion committed to resisting our duly elected President through every means available. The city of Huntington Beach filed their own lawsuit against the state of California for SB 54, the so-called Sanctuary State law. In early April, when Surf City passed this motion to direct their city attorney, I had attended the meeting, not sure about what to expect on this matter.

The Surf City legal move is unique, in that they were contesting the law for its overreach against the city’s home-rule powers as a charter city. In California, municipalities fall into two categories, charter or general law. General law cities are like extensions of the state legislature, and therefore must abide by statutes passed and approved in Sacramento. Charter cities, including Huntington Beach, but also my home city of Torrance, enjoy greater autonomy on a range of issues, including the operation of their police force. SB 54 encroached on those rights.

This court victory was bolstered by a slew of vetoes issued by Governor Jerry Brown. In his final year as California’s chief executive, Brown issued some surprising rebukes to the liberal insanity of the Democratically-controlled state legislature. These rejections are so surprising, they deserve greater scrutiny:

1.SB 539: This legislation was intended to expand the college tax credit for high-income earners in California, a not-so subtle way for California taxpayers to get around the deduction caps put in place with the Trump Administration’s Tax Cuts and Jobs Act passed in 2017. Governor Brown rejected this bill, recognizing that the already byzantine federal tax code would have harmed whatever intended benefits that were from this legislation. It could “invite intervention by the Internal Revenue Service.”

The Democrats loved the IRS when they were going after conservative groups. Now that Project Veritas and the House GOP majority have submitted the federal tax agency to greater scrutiny, they will target tax dodgers, especially in California.

2.SB 1424: Other wise known as the “Fake News” bill, would have required the (flawed, biased) state attorney general to establish an advisory board to look into the origin, proliferation, and solution to the spread of false information on the Internet. Of course, this legislation amounted to nothing more than liberal government overreach to snuff out diverse, albeit accurate, information against liberal hegemony on social media. Brown’s verdict? “As evidenced by the numerous studies by academic and policy groups on the spread of false information, the creation of a statutory advisory group to examine this issue is not necessary.” For once, Brown relied on statistical evidence to reject bad legislation.

3.SB 349: This bill would have barred ICE agents from arresting illegal alien criminals in courthouses. The court system has become the latest battleground between liberals and common-sense Californians who want immigration laws enforced. Brown rejected this bill for fear of “unintended consequences.” He then indicated that SB 54 already contained provisions for the attorney general to draw up guidelines regarding protections of “immigrants” in courthouses.

4.SB 174: This veto was the most surprising. If signed into law, this legislation would have allowed for illegal aliens, non-citizens to hold positions on local and state boards and commissions. This heinous disregard for federal and state law has already occurred, with two illegal aliens appointed to city commissions in Huntington Park, and then State Senator Kevin De Leon’s perverse decision to appoint an illegal alien (with a law practice!) to a state college advisory board.

Brown deftly rejected this legislation with a straightforward statement: “I believe existing law — which requires citizenship for these forms of public service — is the better path.”

Why has one of the most liberal governors in the country inadvertently channeling some of President Trump’s populist conservatism? He is finally paying attention to the common outcry of voters who are hurting for lack of the rule of law.

Here are a few reasons for this final conservative streak from Governor Moonbeam, many of which suggest that the anti-republican Resistance which has mushroomed over the last years is about to dissolve.

1.California has become increasingly dependent on federal assistance because of the non-stop wildfires. Any more poking in the federal eyes could have jeopardized lots of concerns. How much longer can California’s political class confront Washington D.C. without suffering the consequences? This backtracking proves that in the long-run, liberal states cannot sustain their cold civil war with the Trump Administration.

2.The “unintended consequences” which Brown referred to would have led to more ICE raids and more deportations. Also, courts should remain a bastion of security for law enforcement to carry out necessary raids and conduct warranted arrests.

3.California cities, counties, and the state as a whole have already lost millions in federal grants for defying federal immigration laws. This would have made it much worse.

Californians are rejecting the degrading policies which have forced up the cost of living without providing the basic services expected of government: protection of individual rights and providing public safety. Because of this uninterrupted liberal lunacy out of Sacramento, Democratic candidates are actually losing ground to resurgent Republicans. Gubernatorial candidate John Cox is gaining on liberal Democratic successor Gavin Newsom. Brown’s signature on those terrible bills would have pushed voters over the top and propelled the Republican slate.

Whether he likes it or not, Governor Brown is inadvertently making California Great Again, and his latest efforts to hold back the Democratic insanity will have a longer-lasting effect, but not as he intended.