Arthur Schaper
|
Posted: Aug 01, 2016 12:01 AM
Share   Tweet
The opinions expressed by columnists are their own and do not necessarily represent the views of Townhall.com. 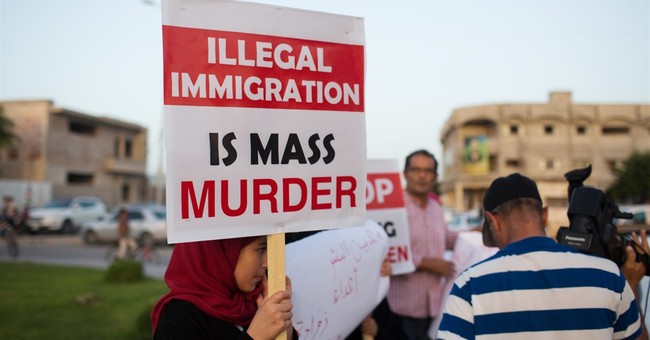 For the past year, I wanted anyone but Trump.

After Indiana, I submitted. Cruz was just not appealing enough. Trump resonated with the vast swath of the No Longer Silent Majority.

Immigration, Trade, and National Security weigh the heaviest on American voters’ hearts and minds. While Cruz was measuring up to the conservative ideology checklist, and Scott Walker celebrated his resume lined with incredible reforms, Trump could see eye to eye with what was bothering people. He had a better mind for what was on their mind.

In Los Angeles, Republicans are fiscally conservative and socially liberal, or religious conservatives driven by those distinct values. Both niches were not clear targets for a Trump campaign. In my home in the South Bay region of Los Angeles, those three issues do not really affect us. That’s why ideological rigor was essential and a resume appealed to me more.

Don’t mistake my reluctance to support Trump. I care about those concerns, but there were not gut issues for me the way they are for the widespread majority of Americans. I have a great job, live in a safe place, and imbalanced globalization has not adversely affected the South Bay.

Everywhere else, corporate cronyism has tilted the marketplace away from the hard-working, honest business owner to the well-financed industrial behemoths with the right Washington contacts.  Citizens are despised, illegals are protected, and the feds want to take our guns away.

Trump’s message on immigration, trade, and security courted those voters effectively. Washington’s aloof inattention, coupled with the robust pandering of Big Business and Big Labor, has done enough damage. Trump is the channel for a national electorate that is mad as hell, and won’t take it anymore.

This embittering lawlessness hits the hardest on the families of The Remembrance Project. Founded in 2009, this group commemorates the lives of Americans, young and old, who have been killed by illegal aliens in their own country. One of their most telling statements drives the point of their mission: “Every state is a border state.”

Indeed, illegal immigration is not a victimless crime, and for the thousands of grieving Americans who have lost loved ones to illegals, our porous, unsecured borders are wreaking unfathomable harm. Contrary to the polite, politically correct notion that illegal immigration is “an act of love,” The Remembrance Project reminds Congress and informs the public that secure borders are an undebatable necessity.

I have worked with the pro-immigration enforcement group We the People Rising for the past year—whose leader Robin Hvidston also serves as California Director for The Remembrance Project. It never really dawned on me till now how severe, how deeply wounding is the loss of a loved one to the senseless violence of illegal aliens.

If our federal officials had secured our borders, the families of Dominic Durden, Jamiel Shaw Jr., Marcello Bisarello and Tierra Stansberry (and thousands more) would not be in mourning. The Stansberry death was the most jarring. She was burned alive in a fire, along with four others, set by an illegal alien in an abandoned Los Angeles warehouse. I visited the site, and met the widow of one of the victims.  Finally, I recognized the irreparable harm of illegal immigration. Not just an idea, but a fact, and a series of wrongs which The Remembrance Project is fighting to remedy.

This group reached out to every presidential candidate. Most politicians flee from them, since they want to court votes, not controversy, and major donors, which steer clear of such stark tragedies. The Remembrance Project cannot endorse candidates, either, which may remove any incentive for a politician to meet with them.

Only one responded in turn with respect and regard for their work:

Here is the press release which the Trump campaign issued shortly after contact from The Remembrance Project:

"Donald Trump, who has been honored to receive the endorsement of the Border Patrol Union, will always stand by the victims of illegal immigrant violence.  A Trump Administration will support this important initiative from the Remembrance Project to provide legal and support services to the surviving families, which can easily be funded by eliminating welfare payment to illegal immigrant households.  We will deliver justice for the families and, at last, put Americans first."

This is not racism, xenophobia, bigotry, or paranoia. This is patriotism, this is heroism.

This is what we need guiding us and governing over us.

In the past I called Trump a Democrat, a rodeo clown - although I never saw him as a racist. Today, I understand why a diligent community of activists look up to Trump as their next president. No one can question his ardent affection for The Remembrance Project, either.

In April, he welcomed members of the Remembrance Project to accompany him on stage at his Costa Mesa rally.

In May, Trump stopped glad-handing Anaheim, California’s roaring crowds to connect with members of the Project. He kissed the posters commemorating the victims of illegal aliens. He signed off on every one of them. One of the members named Sabine Durden called out to him. “I’m a legal immigrant, and I will vote for you 100%.”

Mendoza: “It’s time that we have an administration that cares more about Americans than about illegals.”

Durden: “I have been talking about illegal immigration for years. No one listened, until Donald Trump.”

Trump has lost business contracts, and has suffered intense hatred from the press and the establishment. Yet he has honored The Remembrance Project, even when the politicians and major media were not paying attention.

And that matters a great deal to me.

Today I endorse without hesitation: Vote for Donald Trump!