Why I Skipped Milo's "Free Speech" Tour at UCI

Arthur Schaper
|
Posted: Jun 05, 2016 12:01 AM
Share   Tweet
The opinions expressed by columnists are their own and do not necessarily represent the views of Townhall.com. 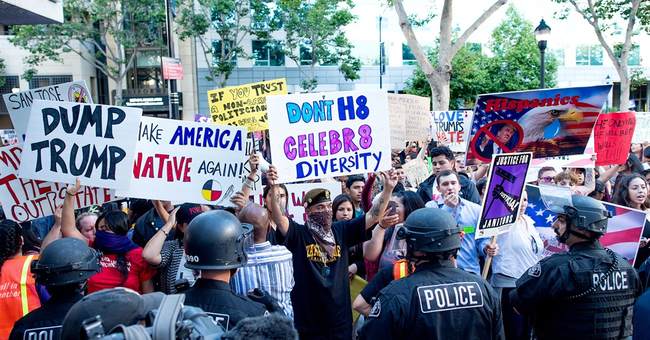 Election 2016, and Social Justice Warriors incite injustice throughout the country. They endanger public safety at Trump rallies. They have also disrupted “Weekend at Bernie” Sanders’ rallies as well as Hillary Clinton’s desperate, dwindling campaign stops. New media conservatives are fighting these razor-blade snowflakes, and on their own turf, and they won’t back down in their free speech advocacy, no matter what the costs.

Milo Yiannopoulos is a focal celebrity in this culture war, and he recently feted my fellow anteaters. Not the furry, bear-like creatures with big claws and long tongues, but the College Republicans at UC Irvine.

I reached out to them earlier this year, engaging young conservatives to support my assemblyman in the South Bay as well as rally for my preferred Presidential candidate Ted Cruz. (You can read my reflections on meeting the UCICR’s along with other California College Republican groups here.)

I have had high hopes for the younger generation, in spite of the eight deplorable years of President Barack Obama and his full-front assault on individual liberty. And yet, I also had to tangle with some disturbing underpinnings within the College Republicans at UC Irvine.

One of their members, George Novshadyan, who served as a campus state senator for Associated Students of UC Irvine (ASUCI), faced immense pressure to resign for a tasteless joke about Islam posted on Facebook (read more about it here).

Granted, his jokes about Islam were tasteless, but so were the other comments his fellow participants. Even though the settings on social media intended a private audience, these comments went public.

Campus Reform (a center-right watchdog) reported on the triggered Muslim Student Union’s move for impeachment. The meeting to discuss this move provided his supporters little time to organize and defend their man. Later on, CRUCI engaged in unjust maneuvers to remove him.

Eventually, a recall was launched, and George was thrown out. Generally, student elections at UC Irvine have the most abysmal turnouts--even when the student union bribes voters with a piece of pizza. This time, however, enough enraged social justice temper tantrum warriors voted to remove Novshadyan from office.

This “small-time” tragedy underscores the deepening disaster of political correctness rampant on college campuses, particular UC Irvine Muslim students repeatedly interrupted the Israeli Ambassador to the United States during his 2010 campus visit. Anti-Semitism at UCI has taken a virulent turn. Freedom of speech is under attack from all sides. Be afraid, people. This is serious. The undergraduates of today will be undermining all our core civil institutions tomorrow if they respond to "offensive" ideas or speech in like manner. Are we going to hang people in effigy for off-color comments? Are we going to damage people's careers well into the future for voicing opinions which other people find offensive?

That is the essence of tyranny, and it must not go any further.

To figure out the full extent of this mess, I spoke with Novshadyan, other members of the club, and an involved third party. The club wanted to settle the matter privately, and had encouraged him to lay low, not go to the press about what happened. Instead, he spoke out against this fascist coup against him.

He was right to do that.

And yet, at UC Irvine, this college Republican was held out to dry, and kicked out by ... his own fellow Republicans.

Several members of the University of California, Irvine College Republicans (CR) are alleging that the club’s leaders have disregarded their own principles in an effort to distance themselves from controversial comments made by a former member.

“I think they have no values, and they bring discredit to the name ‘Republican,’” CR member Marshall Roe, who attends a nearby community college, told Campus Reform. “It’s people like this who are the reason the Party is falling apart … it’s about titles for them, not values.”

Now let's put this all into perspective...

A college Republican stood up to political correctness. The student council recalled him. His club ejected him from the club because of the potential political fallout on campus. He lost his elected office. What’s worse, the club removed him in conflict with the club's by-laws, then endorsed a socialist for the ASUCI Board. Political log-rolling and executive orders are the rule now, even among college conservatives.

I even attended one of their meetings, they prominently featured a “Free Speech” Wall. One question: To protect ideas … or to keep them out? Now they showcased a flamboyant flamer and First Amendment absolutist on their campus.

Hypocrisy much? The hypocrisy is too much.

There is a cohort of conservatives more invested in making headlines than making a difference, committed to “titles, not values.”

OK, they hosted a “Free Speech” event featuring Milo “F—k Things Up!” Yiannopoulos. But can these young Conservative anti-SJW's fight outside of the safe space of college campuses? Apparently not. I wonder if Milo knew about this hypocrisy.  I wonder if Milo would have cared...

I have faced down anti-free speech forces in Huntington Park, CA, when the mayor threw me out for asking a question, then threw out a senior citizen for saying "Yes!" three times during my public comment. The district attorney rebuked the rogue city council. More Huntington Park residents are petitioning their local government for a redress of grievances.

In Cudahy, California, residents slammed their corrupt city council, four of whom are immature Millennials (like some of the UCICRs). The DA rebuked Cudahy’s suppression of public comment. Three months later, the Spanish local press exposed the Cudahy Corruptitos.

It's fun to punk social justice warriors and mock their fascist stupidity. Milo gets notoriety, and so did the UCICRS. Freedom of speech should ensure protections of our rights, not just fifteen minutes of fame in the local papers.  It's nice to get notoriety, but big claws and long tongues should serve a purpose. Liberty is not an end in itself. A life of hypocritical rebellion is not very lively.