AIPAC, Israel and the Ties That Bind Us

Armstrong Williams
|
Posted: Apr 06, 2019 12:01 AM
Share   Tweet
The opinions expressed by columnists are their own and do not necessarily represent the views of Townhall.com. 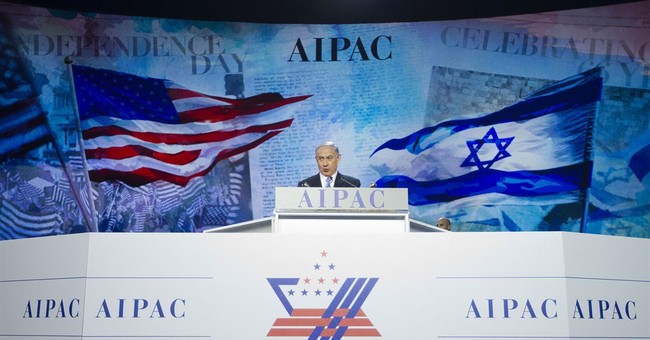 As the American Israel Public Affairs Committee's annual conference opens this week in Washington, the group finds itself caught squarely amid the quadruple crosshairs of a deeply divided Israel and the fractured state of U.S. politics. AIPAC's president, Howard Kohr, who is by both temperament and avocation a centrist consensus builder with a strictly bipartisan U.S. mandate, is attempting to thread the needle in a way that will test his prodigious powers of persuasion and almost uncanny political instincts. But thread the needle he must, because the threads of the complex tapestry that forms the U.S.-Israel bond need mending.

The big story in the media has been President Donald Trump's attempt to cast Democrats as being anti-Israel and anti-Jewish. The president's assertions seem to fly in the face of the reality that, by and large, Jewish Americans overwhelmingly vote Democratic and Democrats have been long and vocal supporters of Israel. But a few backbenchers, notably newly elected Reps. Ilhan Omar and Palestinian American Rashida Tlaib -- who are themselves leading a progressive left flank of the party -- have spoken out vociferously against the special relationship America and Israel have fostered over the decades. AIPAC and the Democratic leadership have tried to rebuff their advances while at the same time preserving party unity. But at some point, there is bound to be a reckoning between the Israel lobby and Democrats.

Underlying the American political spectacle that AIPAC is attempting to address at this week's conference is the specter of Israeli President Benjamin Netanyahu's tenuous hold on power. He is currently under both political and legal threat; investigations are underway in the Israeli Parliament and courts into allegations of official corruption, upsetting an already contentious election cycle in Israel. In order to support his ally, Trump announced by tweet that America would officially recognize the contested territory of the Golan Heights (officially part of Syria but occupied by Israel since the Six-Day War in 1967) as Israeli territory. This move -- and, by extension, Netanyahu's close relationship with Trump -- is certain to bolster Netanyahu's standing with his domestic political base.

But the move is certain to have lasting implications in terms of U.S. policy and objectives in the region -- most notably America's relationship with Saudi Arabia and the Gulf countries, which have also petitioned the Trump administration for closer relationships and already signaled willingness to stand up against Iran, Israel's nemesis in the region. The complexity and fragility of the current state of affairs, with Islamists on the wane and Saudi Arabia seemingly ascendant as a regional influencer, cannot be overstated. If the Gulf nations feel threatened by Israel's incursions into Syria, they may have a difficult time convincing their own populations that aligning themselves with the U.S. is in their best interest. The fallout from such political backlash could prove troublesome for both the United States and the pro-Israel lobby in the U.S.

In fact, many among the Democratic leadership have signaled that they will not be attending this year's conference in what is seen as a public rebuke of Netanyahu's far-right policies -- including Jewish settlements in Palestinian territories. Of course, the question needs to be asked: Can Democrats be both pro-Israel and anti-Netanyahu? After all, Netanyahu is Israel's democratically elected leader, and no matter what controversy currently surrounds his leadership, one could argue that Netanyahu's policies represent what Israeli citizens believe is best for their nation.

Having visited both the Gulf nations, including the United Arab Emirates and Israel this year, I feel deeply connected to the warmth and friendship I received from the citizens of both sides. As an American, I was both welcomed and celebrated as a brother and ally. That is why it is truly important that we allow our voices to stand for peace and prosperity and that we affirm the rule of law and human rights throughout the region. In fact, American leadership in the region demands that we take an objective view of regional dynamics while at the same time affirming our alliances and strengthening our commitments to shared values.

This, of course, brings us full circle to AIPAC and this week's conference in Washington. It can no longer be AIPAC's sole objective to advocate for Israel's direct interests in the region. In order to truly be a partner to the U.S., AIPAC must also cast itself in the role of regional peace builder and help lead America's political class to sensible and practical solutions for security, trade and economic growth in the Middle East. In this respect, AIPAC is in a truly advantageous position in the current political climate. Instead of merely threading the needle, it can help mend the ties that bind us.