It's Time to Respect the Oval Office Again

Armstrong Williams
|
Posted: Mar 22, 2018 12:01 AM
Share   Tweet
The opinions expressed by columnists are their own and do not necessarily represent the views of Townhall.com. 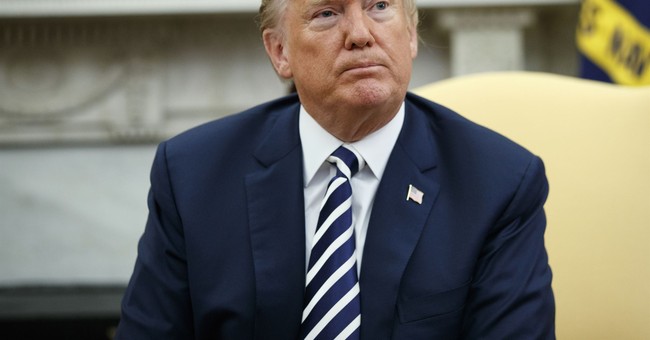 The United States of America has so far elected and appointed 45 presidents. The presidency reflects the highest level of leadership not just in this country, but across the entire world. With such a position comes the ultimate responsibility, so it is fair to expect that scrutiny and criticism are inevitable and come with the territory.

Let's be clear: the media has the responsibility to challenge, critique and question our leaders. That job is important to the stability of our democracy and is a duty to the citizens of America. What the media is not paid to do, however, is to use personal bias and thinly veiled disdain for those with whom they disagree to taint the office of the president.

What we have begun to see, year after year, is a growing lack of respect for the office in which the leader of the free world sits. With each passing administration the sense of honor and dignity further erodes.

Lack of respect for the Commander-in-Chief truly began to crumble during the presidency of Bill Clinton, whose sexual relations with an intern in the Oval Office brought the standing of the office to a new low.

Clinton is certainly not the only president tainted by scandal (lest we forget President Nixon), but his adultery and dishonesty in denying sexual relations with that woman left a scar that has yet to heal.

Regardless of the success accomplished by each administration, there is less and less esteem afforded to the office itself. We should not need to be reminded that whomever ascends to the office of the presidency implicitly deserves a level of respect.

The president represents each and every citizen of this country, including those who did not vote for him, and regardless of their political views or affiliations. The role of the media is to demand accountability -- but not to vilify the president.

Instead of reporting policy news, it seems today that the media focuses solely on sordid tales of chaos and disagreements. The press has been relentless when it comes to disparaging not only the president, but anyone affiliated with the administration. There are no facts anymore, only preferences. And anyone outside of those preferences of the mainstream media is apparently fair game for being savagely attacked by the media.

This creates a ripple effect of creating distrust, sowing divisions and ironically forcing more and more people to stop consuming news and staying informed. When every day the headlines and the T.V. channels peddle nothing but negativity, it leads people to exasperation and they tune it all out. That is where we find ourselves today, and that serves only to further polarize our people.

Just a few years ago, it would have been unthinkable for sports figures invited to the White House as a celebration of their achievements to decline the offer. An invite to the White House, regardless of who occupies the Oval Office, used to be an honor, but not anymore.

Celebrities, athletes and other members of the chattering class have apparently made it their mission to mercilessly criticize President Trump, regardless of the positive outcomes of the policies that he is boldly enacting.

Whether you disagree with President Trump's politics or even his approach, the office of the president itself commands authority and is owed a fair degree of reverence.

Comedians and entertainers have made Trump-bashing their bread and butter. For example, Stephen Colbert's "Late Show" begins every night with a monologue dedicated to tearing down Trump's administration. This negative rhetoric and casual daily taunting of the administration does nothing but ferment a growing lack of respect for the office and it further divides America's citizens.

Humor has its place in America. And individuals are certainly entitled to their own opinions and perspectives regarding politics. However, the incessant and widespread fixation on mocking and attacking the President of the United States stoops to uncharted levels of disrespect and reflects poorly on our country.

While it should never be off limits for anyone to exercise their right to free speech or to question and critique our elected officials, we have simply gone too far.

Although it feels as if we are still far away from returning the proper level of respect to the Oval Office, hopefully we have sunk as low as we can go and will now begin to shift back to a classier and more decent time. It's an important change that needs to be made if we ever hope to once again act as "one nation" and then actually return the "united" to these United States.