We Shouldn’t Need Deadlines to Make Iran a Priority 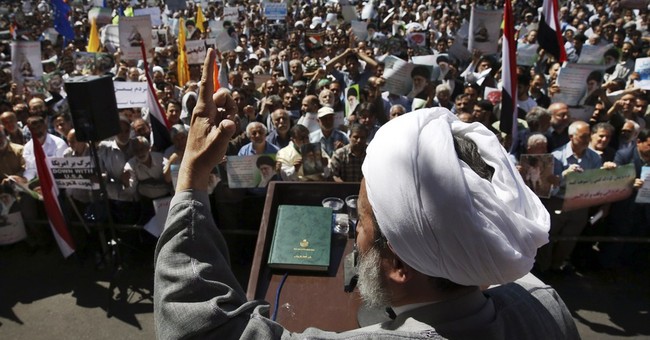 In our effort to halt the Iranian progress toward a nuclear weapons capability, timing is critical.

While the Obama Administration has been clumsily stumbling from one negotiating deadline to the next, Iran has been working hard to destabilize the Middle East and threaten American interests. The time is past due for the White House to finally take to heart the threat of an Iranian nuclear weapon and get serious about changing Tehran’s behavior.

To maintain President Obama’s policy of capitulation would be catastrophic. American values should never be compromised, and the American president’s word must be meaningful. But, despite President Obama’s promises to keep Tehran from acquiring nuclear weapons capability, Iran’s negotiating strategy - hinged upon its ability to secure more and more time through deadline extensions, blocked inspection access of its nuclear facilities, and simply waiting the Western powers out - has largely worked.

Many observers of the Middle East, myself included, have derided the President for putting concerns over his legacy before concerns about the safety of the free world. But if he allows Iranian intransigence to prevail as the terrorist regime spins clandestine centrifuges, then the legacy he achieves will be a dubious one at best.

America is currently backing an airstrike campaign by a Saudi-led coalition targeting Iranian-backed Shiite rebels in Yemen. There’s also the recent Strait of Hormuz episode; Iran seized the MV Maersk Tigris cargo ship on April 28th, and did not release it until May 6th. This incident prompted a U.S. policy change: all American-flagged ships in this area are now to be escorted by Navy warships. In response, Iran’s Supreme Leader, Ayatollah Khamenei, announced that Iran would not negotiate with world powers over its nuclear program while under so-called military threat.

The President told us that the diplomatic process was building trust, but it certainly does not appear that way.

During a recent speech at the Washington Institute for Near East Policy, U.S. Treasury Secretary Jack Lew and U.S. Vice President Joe Biden unveiled new details concerning the termination of sanctions against Iran if such a nuclear deal is reached in June.

Lew asserted that it is President Obama’s intent to use executive authority to suspend sanctions against Iran’s oil, banking and trade sectors if Iran fulfills the first requirements of the imminent nuclear deal. Lew explained that during President Obama’s presidency, Congress would not be asked to remove sanctions, stating, “only after many years of compliance would we ask Congress to vote to terminate sanctions, and only Congress can terminate legislative sanctions.”

This approach is inherently flawed, because everyone with any sense knows that rapidly rebuilding an effective sanctions regime, even after Iran inevitably violates either the letter or the spirit of any agreement, will be incredibly hard if not downright impossible. Verifying that Tehran violated the agreement would be incredibly difficult, especially if China or Russia aid Iran’s defense. If the President unilaterally removes sanctions on Iran at the beginning of an agreement, then Iran will have achieved long-term sanctions relief in exchange for temporary behavior change, at best.

Since Iran has done nothing thus far to reform its reprehensible and aggressive behavior, the world has no substantial reason to believe that Tehran will suddenly comply with the contours of the deal under negotiation. The bottom line is that the Iranian regime has not demonstrated even a small degree of trustworthiness.

Iran proudly remains the world’s largest state-sponsor of terrorism. The Iranian terrorist network boasts a vast global reach through financing, training and supplying weaponry to anti-Western and anti-American terrorist entities fueled by extremist ideologies. And within its own borders, the Iranian population lives in fear of brutal human rights violations, including the inhumane persecution of women, gays, ethnic and religious minorities and those who voice dissenting views.

Until Tehran dramatically changes its behavior by giving up its terrorist activity, stopping its abhorrent human rights violations, and agreeing to the complete dismantlement of its nuclear program – the regime cannot be trusted. If this Administration were serious about preventing Iran from acquiring a nuclear weapons capability, then it would not wait until negotiating deadlines become pressing to negotiate tough issues, and it would not settle for an agreement that allows the deadliest weapons known to mankind to fall into the hands of the world’s leading state sponsor of terrorism.

A nuclear deal with merit would require Iran to take concrete steps to completely dismantle its nuclear program while leaving sanctions intact as a means to ensure compliance. Easing sanctions without additional conditions will not moderate Iran’s support for terrorism, it will provide more capital for this pursuit.

When the time comes to sign an agreement, the President and Congress will face substantial pressure from those who argue that walking away would only encourage Iranian intransigence. This means we must work now, not at the 11th hour, to ensure that any agreement actually accomplishes something positive and that Iran’s nuclear pursuits are truly blocked.