Dare to Be Free and Independent 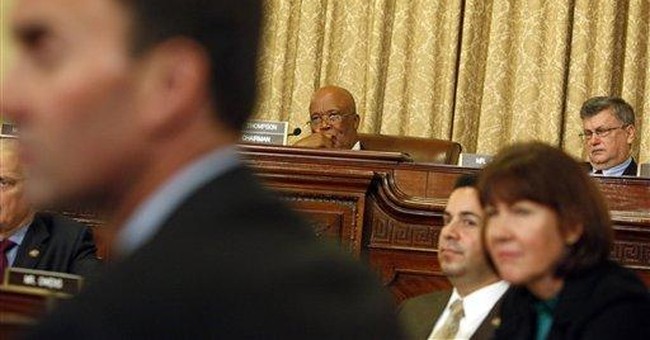 Rep. Bennie Thompson has covered himself, and the entire sweep of his brand of big government race-baiting liberalism, with another shroud of shame and ignominy. How, you ask? Or, candidly, how you ask could they have sunk even lower? Sadly, however, that is the case. He has not insinuated, but said, not retracted, but redoubled, his snide, sinister, and ignorant remarks about Justice Clarence Thomas, "...[he] doesn't like black people, he doesn't like being black." He also called Justice Thomas an 'Uncle Tom.' The levels of inappropriateness are staggering.

First, there is the spectacle of a member of the legislative branch making an insulting ad hominem remark about a sitting Justice.....and then having the temerity, once having erred, to double-down. There is also the intended hurtfulness of one black man in public life impugning the status, integrity, and motivations of another public black man. There is also the wan character of what I will grudgingly refer to as Mr. Thompson's 'argument': "...if you look at his decisions on the Court, they have been adverse to the minority community, and the people I represent have a real issue with an African American not being sensitive to those issues."

So, in 'Bennie-land' there is only one way to think about issues that bear on the minority community, one way to express oneself, one way to live out one's blackness on the public stage. It does have a nice alliteration: one thought, one way, one blackness. This is intellectual collectivism, the subsuming of the individual into an overweening, overbearing, all-encompassing diktat of thought, of word, and of deed. There is only one way for a black man to think and to be; step outside the intellectual straight jacket to think for oneself and you are branded, by the likes of Thompson, as a self-hating race traitor. The unoriginality, and un-Americanness, of the approach is obvious. All the good Justice has done, rather than be an Uncle Tom, is to have 'risen up, and lived out the true meaning of the American Creed' (to echo Dr. King). He has dared to judge ideas by the content of their merit, not the color of their suitability to a particular vision of what's good for a particular race. Oh, do please forgive me, Mr. Thompson, but the Justice has dared to be FREE. To embrace INDEPENDENCE. And, to do his job - to judge the cases before him by the law and not by their readiness to be crammed into your vision of big government liberalism.

Of what is Mr. Thompson afraid? Are ideas like race-blind admissions, the right of a state to guard the integrity of its elections, and advancement on merit really that dangerous? Who is it really whose stance harkens back to plantation days? Recall it was a capital offense to teach slaves to read and write for with these tools of free thinking all kinds of wild, inappropriate ideas might fly into their heads. Is Justice Thomas, the intellectually courageous jurist who continues to build an enduring legacy on the court through a litany of closely reasoned opinions, more akin to an "Uncle Tom" than Mr. Thompson is to the cruel driver of Negroes who strove to deny any vestige of free, independent, and liberating thought to the minds of his chattel? I think not. Thompson it is who would be 'Massa Boss'. Thompson it is who would be the determiner not just of what is 'right' but what it is permissible even to think. Thompson it is who would subvert the freedoms of the mind, and condemn the people he claims to serve to the depredations of big state clientism. For if they can think for themselves and do for themselves they have little need for his brand of bring-home-the-pork politics and even less need for his two-bit hucksterism masquerading as political discourse.

If I thought there was the capacity for shame with Mr. Thompson I would ask that he apologize for his impertinence, but he has no intention now of playing the gentleman. Rather, the House should reprimand him. What he has done is shameful, tawdry, uncalled for, and despicable. It can not stand and should not go unchallenged.

Just as importantly, isn't it time for us all to move beyond racial stereotyping and sound-byte-as-assault, but especially for us in the black community to do so. Mr. Thompson also claims resistance to Mr. Obama is all a symptom of racial antipathy as if no one, and especially no black person, could disagree with the president on the merits. We are better than that. We have been better than that. Dr. King's dream, and the accompanying nonviolence that conferred moral authority on the message, was color-blind. Ideas have no race, merely the power, or lack thereof, to persuade or inspire. Scripture admonishes to 'let your 'yes' be 'yes' and your 'no' 'no' similarly let us leave behind wounding, histrionics, and insult to speak with clarity, to reason together and to live out democracy in community with all our fellow citizens, but especially with those who share our heritage.