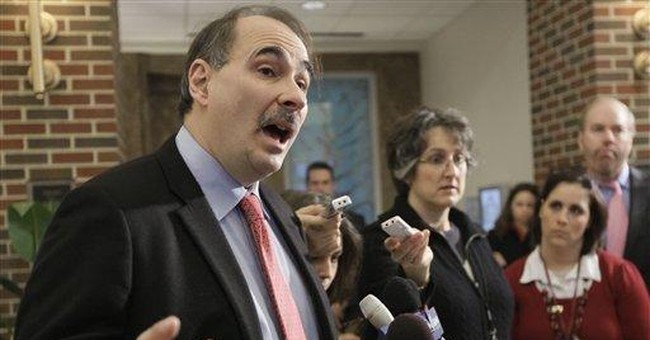 Among the epithets that liberals so often turn to when rational argument and discussion have not gone as they would wish (and they never do), “the party of no” has become a popular one since the 2010 landslide midterm election victories by Republicans. I’d like to explain why this is outrageous.

Jonah Goldberg recently published, to much fanfare, a book examining some of the thought-arresting clichés of the Left. His book says something very frightening about our culture, which warrants a clarification. One would hope that we could see through platitudes.

But, since many of us clearly can’t, allow me.

Professor Julian Zelitzer of Princeton has an article on CNN, from May 21, arguing precisely this fallacy. He does not, thankfully, use the phrase in question, but the argument is no different, as witnessed by the academic nuance of the title: “Gridlock in Congress? Blame the GOP”.

Let’s assume something we know to be untrue: that the noisemakers in the media who use the term really do mean it and are not just “playing politics” (one good way of playing politics is accusing others of playing politics). Let us assume that this is not the result of Obama’s explicit strategy of running against an allegedly do-nothing Congress.

In one sense, they are right. Conservatism can be, particularly for the exhausted former liberals of the baby boom, a kind of via negative or a hermeneutic of suspicion, whereby, like the great William F. Buckley, we sympathize with the intentions of liberal policies. But just know that those policies don’t work (to paraphrase Milton Friedman, it is a grave mistake to judge a policy based on its intentions). In this sense, what we are trying to conserve is whatever is left of tried-and-true common sense.

But to say that someone is an “obstructionist” is to assume that what they are obstructing is good. Unless you’re at a Tea Party rally, sometimes there is high praise for halting disastrous spending.

Similarly, to hurl the epithet of “extremist,” which is what liberals do when we actually live up to our principles, is to assume that what we are being extreme about is bad. “Extremeness” is relative, and, like obstruction, morally neutral in the abstract. Gandhi was extreme, Martin Luther King was extreme, and so on. These terms are used only to frighten those who do not know better. Anyone with any principles would love to be accused of living them out fully.

I am reminded here of Chesterton’s masterful Negative and Positive Morality, in which he writes, correctly, that “to give the answer “yes” to one question is to imply the answer “no” to another question.” In fact, this is one of the Aristotle’s three rules of thought: the law of the excluded middle, which flows out of another—that of non-contradiction. If Socrates is mortal, he is not immortal; if Socrates is immortal, he is not mortal.

What does it mean to be the party of no? No to what? It cannot be no to everything, since, in fact, Republicans are quite up front about what they are in favor of: pro-gun, pro-capitalism, pro-life, pro-God, pro-marriage, and so on.

Now, of course, the typical liberal response to this argument—that stopping legislation is neither good nor bad, but depends on what it is we are stopping—is to try to use their own divisiveness to make us seem divisive (e.g. you oppose our divisive policy of favoritism to homosexuals, ergo you are a bigot). This is obviously a fallacy to any of us upon reflection, but the whole point, and fun of holding liberal clichés under a microscope, is that it makes them easier to spot in their natural habitat of Yale, Princeton, Harvard, Howard University and CNN.