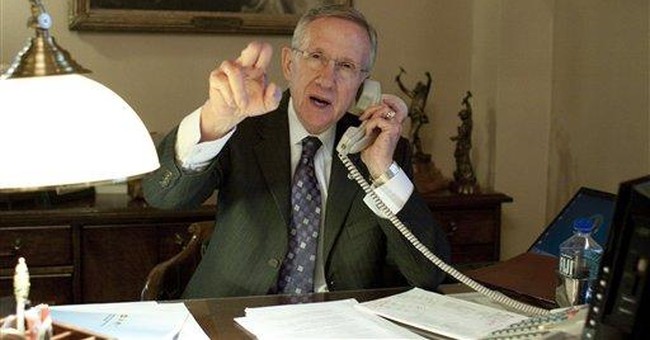 One quickly realizes the major philosophical and principle divide between liberals and conservatives when they painfully deconstruct and analyze their respective rhetoric. Conservatives and liberals are worlds apart in their ideology; an ideology that is now more than ever serving as the impetus for bold and endlessly complex legislation foisted on the already burdened American people. Conservative cling to the power of equality of opportunity and unfettered freedom; while liberals, on the other hand, are fearfully willing to sacrifice the hard earned dollars of honest Americans for the freedom of equal outcomes.

To illustrate the point, let’s examine some of the more recent contentious political issues to better test and illuminate this hypothesis.

Healthcare: The Left was willing to sacrifice individual freedom to choose doctors, opting instead to impose a state-run monopoly on medical care at the expense of a market driven health system. They unabashedly didn't care that they were redistributing income from the more productive to the less productive; from the young to the old; from the healthy to the less healthy. In contrast, conservatives looked towards market solutions to resolve many of the existing health care issues, one that operated within a framework of the invisible hand of rational behaviors and the proper incentives. If cost is a factor in health care as liberals would argue, then why not ensure the solution has a price-based fixture?

Cap and Trade: Under the Democratic plan, income derived from a cap and trade scheme would be redistributed from productive carbon producing enterprises to non-carbon emitting enterprises. In effect, jobs would be lost, shifting from the USA to less responsible, emerging countries. Wealth would also shift from America to non- compliant nations; for what reason? Because of spotty, inconclusive scientific evidence that reduced carbon emissions would prevent global warming. Conservatives questioned that science. Not because they were Neanderthals. But when you ask the average American to pay $5 for a gallon of gas to save an iceberg in a remote part of the north he may never see when that same person is struggling to pay that month’s mortgage or he himself will be out in the cold, you better be damn sure of the consequences of “global warming.” Frankly, the Left failed in that argument.

Union Card Check: Democrats were willing to sacrifice the sanctity of a secret ballot to insure that Unions could fleece more American workers. With members (and clout) dissipating at record rates, it’s evident union bosses are feeling their grip on power lifting. It was easy to see this political exercise for what it was – a desperate bid to win at all costs, even if it meant cooking the ballot box at union halls. Here again, conservatives stood on an obvious side – the one for more freedom and more individualism.

McCain-Feingold: Democrats howled when the Supreme Court recently overturned corporate prohibitions in the landmark McCain-Feingold law. Here again, they’re willing to sacrifice the constitutionally-protected free speech of corporations and their shareholders. This has the long term effect of preventing this segment of society from spending their corporate dollars on political issues that are or are not in their best interest. The beauty of our First Amendment is captured best in its simplicity – when you abridge someone’s right to speak out for causes he/she believes in, no amount of demagoguing will cover that injustice.

In the real world, most Americans are neither completely liberal nor conservative in their overall views. Views and opinions change, based on one's own station in life and through differing circumstances. That's why we have laws, based on fundamental principles of what's just. Because if left to the devices and whims of populists, so-called principled would change in an instant, and freedoms would suffer. That's why conservatives look back to the Founders - they approached the building of this nation with the freshest of views - chief among them was the unfailing pursuit toward more, not less, freedom.

For the most part, Americans prefer their politicians this way as well. They would much rather have a President in the middle of the political spectrum, regardless of political affiliation, rather than have a polarizing dictator trying to sink their teeth into the free world. In fact, when policy is proposed, whether it has the appearance of being liberal or conservative, once it's vetted through the rigor of intense partisan debate, it usually comes out somewhere along the middle of the political divide. When it comes to the personal lives of Americans it is important to realize that views and opinions continue changing as individuals move up the economic bracket, get an education, have a family and gain a matured perspective.

Our laws are continuously based on fundamental social philosophies of what elevates the quality of the society as a whole. After all, we do not only live for ourselves, but we are active members in a society of people in which dignity, respect and honor must be at the core of growing our great nation. However, with that being noted, the populous is an accurate gauge to feel the pulse of a nation that can only survive if the populous are in the middle class and don’t infest the lower strata of the economic stratosphere.

Conservatives will never be able to cogently persuade a true liberal who is more than willing to sacrifice his freedom and income (and yours) so that there is absolute perceived equality. Likewise, liberals will never persuade conservatives to sacrifice their individual freedom and hard earned wealth to be redistributed by bureaucrats and politicians in Washington, DC. For this reason alone, the Left and Right will never meet. It’s probably good that they don’t, for conflict is at the heart of democracy. I’m just glad I and my conservative colleagues are on the side of liberty!