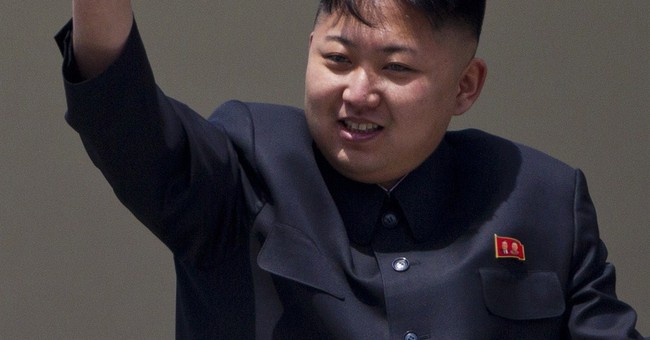 In this new era of budget cuts and Department of Defense reform, Congress’s job of ensuring adequate resources for military readiness has become yeomen’s work. Competing priorities and dwindling funds due to sequestration will make this authorization and appropriation season on Capitol Hill among the toughest in decades.

This is particularly true given the increasingly bellicose statements and actions coming out of North Korea. Leader Kim Jung-un’s nuclear ambitions, coupled with his nation’s ability to launch cruise missiles, create a threat environment that our U.S. Armed Forces need to address head on.

At a 30,000-foot level, President Obama and Congress agree that realigning our defense spending prerogatives in the face of North Korea’s growing hostility is a must—and as someone who has spent time on the Korean peninsula, and looked the North Korean military in the eye in the Demilitarized Zone, it is clear to me that we must show them our strongest face. The only language the last vestige of Stalinism understands is that of military might.

But coalescing around a general strategy is the easy part. What is far more challenging for Washington D.C. policymakers is an intensive program-by-program examination to ensure that funds are being allocated to national security initiatives that can effectively deter a North Korean attack – and can do so in very short order.

The fact remains that the safety of tens of thousands of U.S. service members stationed throughout Asia depend on Congress’ ability to navigate what defense programs are essential and which can be relegated to the chopping block.

Congress would do well to start by protecting programs that we know work and focusing precious resources on bringing to fruition systems that are already in the pipeline and fill critical capability gaps. Too often we have watched Congress and the Department of Defense squander billions of investment dollars by canceling programs just as they reach developmental maturity. Taxpayers are stuck with the tab – with little or nothing to show for it.

One such example is the Joint Land Attack Cruise Missile Defense Elevated Netted Sensor (JLENS) System. It is basically a pair of blimps that employ a fire control radar and a surveillance radar to an altitude of 10,000 feet, where the unit, or “orbit,” can see threats from more than 300 miles away.

A paper published by the bi-partisan Committee on the Present Danger described JLENS as “the latest and most advanced Army system to detect, identify, track and engage multiple and potentially hostile targets, including low-flying cruise missiles, large caliber battlefield missiles, air and land vehicles, ships and small boats.”

In a 2012 letter to then-Defense Secretary Leon Panetta, the Committee urged the Pentagon to test JLENS in the field as soon as possible, concluding that the $2 billion JLENS investment should not be wasted in light of the system’s proven track record.

The Pentagon got the message – sort of. Late last year, the U.S. Army agreed to move forward with JLENS, but slated the system’s demonstration for Aberdeen Proven Grounds in Maryland rather than a hot spot like the Persian Gulf or Korean Peninsula.

Now, thanks to an equally curious move by the House Armed Services Committee, that demonstration, as well as the future deployment of JLENS, may be in jeopardy. Just last week, House authorizers slashed the Department of Defense’s budget request for JLENS by $30 million without any explanation. The cut also puts at risk the ability of the U.S. Army to send one of two existing JLENS orbits to North Korea where its early threat detection capabilities are desperately needed.

In the Committee’s hearing on its 2014 National Defense Authorization Act, Rep. Rob Andrews (D-NJ) vowed to work to the restore the JLENS funding, saying, “I realize that this is a relatively minor cut, but it’s a big deal for this program.”

This is precisely the type of haphazard budget reduction that Congress must resist. With billions already invested in JLENS, now is not the time to hamstring the entire program over a $30 million savings, especially as combatant commanders are clamoring for the system. In May, the Chief of Naval Operations, Admiral Jonathan Greenert, and Chief of Staff of the U.S. Air Force, Gen. Mark Welsh, identified a successful September JLENS test against a cruise missile as an example that demonstrates “how integrating capabilities from multiple services and domains combine to provide greater range and more options for commanders.”

Mothballing defense programs that are very near deployment is myopic both in terms of our national security and stewardship of taxpayer dollars. JLENS is but one instance. There are certain to be others.

Let’s hope that Congress can stay focused on the most urgent priorities and put the long-term safety of our warfighters ahead of nominal, short-term budgetary gains. That sends an important message to both our troops and the adversaries that have promised to do America harm.