Andreas Hellmann
|
Posted: Sep 02, 2020 12:01 AM
Share   Tweet
The opinions expressed by columnists are their own and do not necessarily represent the views of Townhall.com. 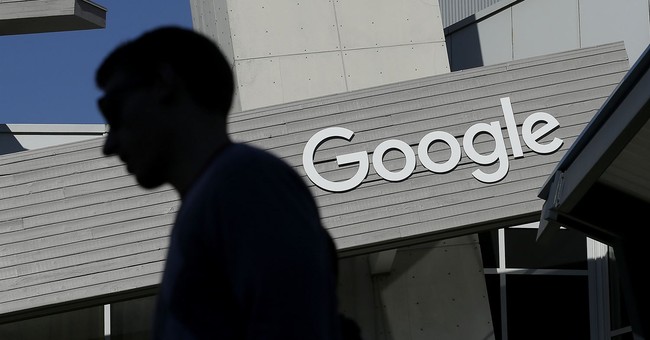 America is the most innovative country in the world because American workers hustle to innovate and create new products and services. Competition is the key element to always strive for excellence and no government should be able to pick winners and losers. Unfortunately, at least one bureaucracy in Australia does not like the competition.

The Australian Competition and Consumer Commission (ACCC) has published draft regulation that would force American tech companies like Google and Facebook to subsidize traditional Australian media companies like newspapers with a significant portion of their revenue.

ACCC’s Draft Code would punish American success stories for exactly that: their success, forcing them to hand over parts of their revenue to failing traditional media platforms that did not adapt the challenges nor opportunities of the digital marketplace. The Draft Code is premised on the idea that Facebook and Google are “stealing” content from local news publishers, nothing could be further from the truth.

The allegedly “stolen” content is in reality links to stories and articles that appear in Google search results or the Facebook NewsFeed. Facebook and Google are not stealing this content—they’re putting it in front of millions of readers and viewers in Australia and around the world. In fact, this does not hurt news outlets or their revenue, but significantly helps to increase viewership and reach more readers than ever before.

The ACCC’s mandate is to protect and promote competition, but the Draft Code would do the opposite. The Draft Code functions as a direct tax on innovative companies.

Perhaps no industry in history is as dynamic and as innovative as today’s tech industry. In the current global pandemic, users are relying on these products and services even more to stay informed and stay connected to colleagues, family, and friends.

Like digital taxation proposals and efforts to “reform” antitrust laws, the Draft Code exclusively targets and discriminates against American companies. These efforts are part of an increasingly global campaign to tax American technology companies and erect barriers to free markets.

The ACCC’s Draft Code forces digital companies to subsidize traditional Australian media outlets, and the Australia’s small and medium-sized businesses and consumers will pay for it. The local retailer that advertises on Google or the family restaurant that advertises on Facebook will face higher advertising costs and therefore subsidize an ailing industry that was not able to adapt to a changing market environment and is therefore not able to compete with their products. And increased advertising costs may foreclose many small businesses from advertising at all.

Also the user experience for consumers in Australia might drastically change, as Facebook recently announced to rather block news stories on its platforms than to pay for them. In a blog post the company claimed that the proposals were unfair and would ultimately "hurt, not help, Australia's media outlets,” and the draft code "misunderstands the dynamics of the internet and will do damage to the very news organizations the government is trying to protect.” Facebook also warned that if the law was passed "we will reluctantly stop allowing publishers and people in Australia from sharing local and international news on Facebook and Instagram.”

The Draft Code applies only to certain, American tech companies —creating a precedent that regulators have a role in choosing winners and losers in the economy. Antitrust and competition policy should protect the competitive process, not pick winners and losers. With the Draft Code, the ACCC has sent a clear message that aggressive competition and disruptive innovation will later be punished by government overreach, all at the expense of consumers.

By replacing competition with a burdensome regulatory regime, the Draft Code would reduce innovation and growth in the digital sector, all while creating an enormous bureaucratic burden for two politically disfavored companies. And by discriminating against American companies, the ACCC risks a spiral of retaliation in trade and a worsening of the relationship with the United States.

The ACCC’s Draft Code is misguided and dangerous. The costs of getting this wrong are too high, and the ACCC should reevaluate their draft.