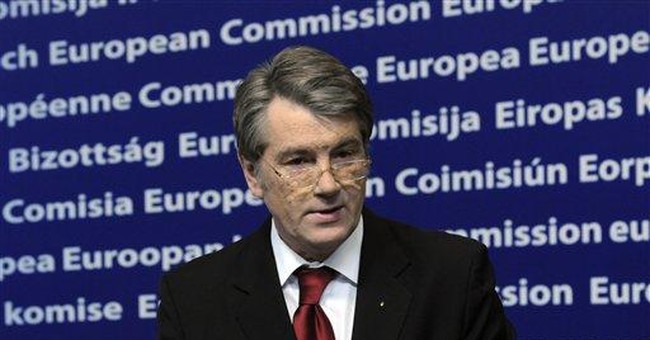 Using words like “bipartisanship” and “compromise” President Obama may attempt a clever move to get controversial legislation passed to increase Big Labor’s control over the U.S. workforce.

It’s no secret the Orwellian-titled Employee Free Choice Act is one of the Democrats’ top priority legislative items to tackle after work on the economic stimulus bill is completed. The bill, largely recognized as a “payback” to Big Labor for their work electing Democrats during the past two election cycles, would give labor a leg-up over employers by wiping out requirements for a secret ballot election to organize workplaces in favor of a public signature (called “card-check”).

The legislation, however, has a second component just as destructive to the private sector as elimination of secret ballots. The bill would also require mandatory, binding arbitration by a federally-appointed official in case of failed agreements and dramatically increase penalties for labor law violations.

Conservative Sen. Jim DeMint (R.-S.C.), warned conservative bloggers in a conference call earlier this year he fears Democratic leadership would push both provisions to rile Republicans and then strike secret ballot language. “They could load it up to begin with and fight everyone and then pull a few things to say they’ll compromise,” DeMint said.

As he put it, Democrats could “go out with a secret ballot and be magnanimous and withdraw it. Then some Republicans may breathe a sigh of relief and vote for arbitration” which “could actually be worse in the way it slows decision making.”

This is because the arbitration process is long and complicated. Arbitration rulings in Michigan take, on average, nearly 15 months to complete, according to the Mackinac Center for Public Policy.

As currently written, the arbitration clause dictates the businesses are given a strict, 120 time period to come to an agreement with unions once negotiations begin. If no agreement is reached within the 120 day window a federal arbitrators from Washington D.C. would then come into the workplace to determine wages and benefits. Employees and employers would lose all negotiating power at that point.

If labor officials did not like the way negotiations were heading during those 120 days, they would have the option of waiting it out to have the federal arbitrators settle compensation agreements. This scenario is considered Big Labor’s “trump card,” since a federal arbitrators is likely to be more sympathetic to labor’s priorities, especially under the Obama Administration.

EFCA critics, like DeMint, insist this “trump card” threatens workplaces just as much as the elimination of secret ballots and eliminating that provision is no compromise. And, it looks like he may be right about Obama’s strategy.

President Obama indicated he would be willing to “tweak” the existing, two-part legislation to make it more acceptable to the business community in a recent interview with the Washington Post.

“I will certainly listen to all parties involved including from labor and the business community which I know considers this to be the devil incarnate,” Obama said. “I will listen to parties involved and see if there are ways that we can bring those parties together and restore some balance. You know, now if the business community's argument against the Employee Free Choice Act is simply that it will make it easier for people to join unions and we think that is damaging to the economy then they probably won't get too far with me. If their arguments are we think there are more elegant ways of doing this or here are some modifications or tweaks to the general concept that we would like to see. Then I think that's a conversation that not only myself but folks in labor would be willing to have.”