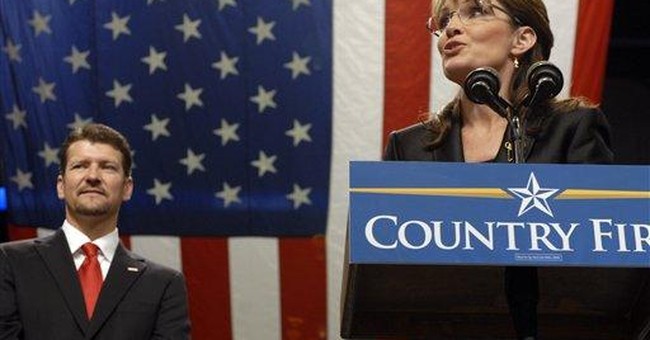 Palin specifically attacked Obama for his votes against the Born Alive Infant Protection Act as an Illinois State Senator. “His position on this and on life has been his vote against legislation--three times voting against legislation that would provide medical care to a baby born having been a survivor of an abortion,” she said. “It's very appalling and I think if more Americans could understand how absolutely extreme that position is there would be a heckuva lot more outrage than we've already seen.”

Palin is unabashedly pro-life. She recently had a child with Down’s Syndrome, a condition many mothers are encouraged to consider abortion when is detected during pregnancy.

She said after getting elected, it’s important “not just talking the talk but walking the walk. Being elected with a family that is quite diverse, including a special needs child, I would just hope that my life can reflect what it is that we will do to usher in that culture of life in our government.”

Palin then said she wanted to go back to talking about Obama’s BAIPA votes.

She went on: “It's appalling enough I think even for those who are pro-abortion to understand that Barack Obama opposes banning partial-birth abortion because that's quite extreme. But for him to have had an opportunity to vote to allow a child born as a result of a botched abortion to receive the medical care that he or she deserves, born with that inalienable right to life. And yet he has sided on the wrong side three times, voting against legislation that would provide that medical care to the baby, is the extreme position on abortion, Americans need to know that.”