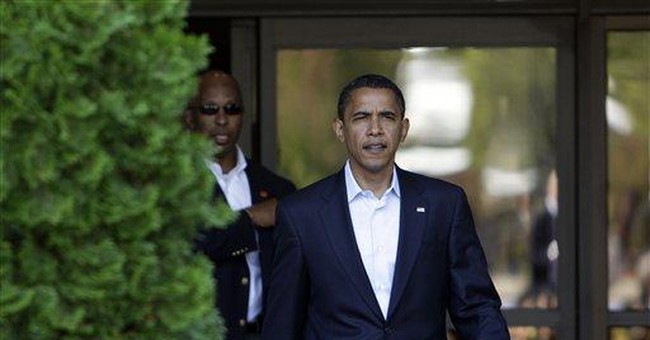 Since Republican vice presidential candidate Sarah Palin has specifically targeted Barack Obama on the campaign trail for “palling around” with domestic terrorist William Ayers, Obama’s chief advisors seem to be at loss for words.

One prominent campaign message man has even lied about Obama’s admiration for a critique written by the former terrorist who conducted despicable acts in his youth, about the juvenile justice system.

“He did not write a blurb for his book,” Burton said. “He did not.”

Contrary to what Burton said, a December 1997 article from the Chicago Tribune contains a statement from Obama describing Ayers’ book as “A searing and timely account of the juvenile court system, and the courageous individuals who rescue hope from despair.”

The Amazon.com description of Ayers’ book says “For five years, Ayers, a former member of the radical 1960s Weathermen organization, acted as a teacher and an observer in Chicago's Juvenile Court prison, the nations first and largest institution of juvenile justice….the court today epitomizes the confused and confusing way American justice deals with children…Ayers shows that we must overcome our preconceived notions of these children and learn to deal with the realities of their lives.”

A month before Obama’s flattering blurb was published, Obama participated in a panel about the juvenile justice system hosted by the University of Chicago and organized by Obama’s wife Michelle, then-Associate Dean of Student Services and Director of the University Community Service Center.

At the time Mrs. Obama said, “This panel gives students a chance to hear about the juvenile justice system not only on a theoretical level, but from the people who have experienced it.”

According to the University of Chicago’s release on the event Obama was invited because he was “working to combat legislations that would put more juvenile offenders into the adult system,” at the time.

Obama’s Campaign Manager David Axelrod told CNN on Monday that Obama did go to Ayers home in 1995 for an event that helped launch his political career but “he didn’t know the history” about Ayers’ violent past, which included plans to bomb the Pentagon and the U.S. Capitol as a founding member of the radical Weather Underground terrorist group, at the time.

A number of conservatives, led by the popular talk-radio host and television personality Sean Hannity have called on Obama to disclose exactly when he learned about Ayers’ radical past, but no one from the Obama campaign has made that information available.

Obama Communications Director Robert Gibbs said he didn’t know anything about Obama’s relationship with Ayers firsthand. “I don’t know the details of this,” he told Fox News Tuesday. “I do know what I read in newspapers.”

The New York Times published a news story over the weekend that stated Obama has “downplayed” his relationship with Ayers, but the GOP has exaggerated it.

When asked directly about his friendship with the former terrorist Obama has described Ayers “a guy who lives in my neighborhood” who “engaged in detestable acts when I was eight years old.”