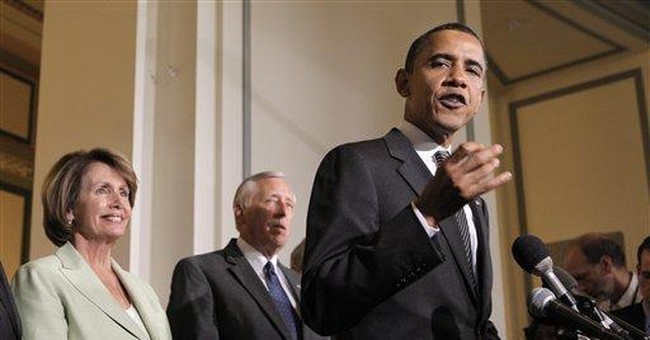 John McCain’s presidential campaign wants you to know there’s a difference between a “global leader” and the “global celebrity” their rival Barack Obama has become.

McCain’s campaign manager Rick Davis told reporters on a conference call that Obama’s behavior on his recent week-long trip abroad appeared more like “someone releasing a new movie than someone running for president.”

“They have more fans around the world than Britney Spears does,” he sneered.

Davis’s decision to mention Spears was no accident. She makes a cameo in the McCain’s campaign’s latest attack ad against Obama, titled “Celeb.” The spot compares Obama’s worldwide appeal to that of Britney Spears and Paris Hilton and shows images from Obama’s rally in Berlin, Germany attended by hundreds of thousands of Germans.

“I’d love to think McCain is a global celebrity, but he’s not,” Davis said. “There is a distinction between that and having an actual political movement based on ideas and solutions.”

McCain senior adviser Steve Schmidt chimed in, “The question we are posing to the American people is this: is he [Obama] ready to lead yet?”

Their answer is, obviously, no. Between paparazzi shots of Obama, Spears and Hilton the ad also links Obama to “higher taxes and foreign oil.”

The Obama campaign isn't amused. "On a day when major news organizations across the country are taking Senator McCain to task for a steady stream of false, negative attacks, his campaign has launched yet another," said Obama's spokesman Tommy Vietor in a statement. "Or, as some might say, 'Oops! He did it again.'"