Amala Ekpunobi
|
Posted: Jun 18, 2022 12:01 AM
Share   Tweet
The opinions expressed by columnists are their own and do not necessarily represent the views of Townhall.com. 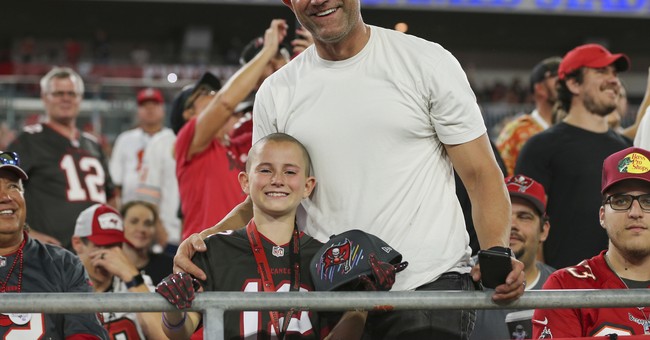 Prison. Homelessness. Obesity. Teen pregnancy. Drug abuse. Single parenthood. Dropping out of school. Unfortunately, if you grow up without a father in this country, you are far more likely to experience all of these.

We are experiencing an epidemic of fatherlessness today in America. You may hear this covered in the media on both sides of the aisle as a means to discuss the black community, but fatherlessness affects all races and all people, even those who grew up with two parents.

My parents got divorced when I was young. I was too young to remember any drama, but suddenly I was seeing my dad less and less. Weekly visits became monthly. Eventually, we talked just once or twice a year. We became familiar strangers. I never gave it much thought, but it turns out I was super lucky to have escaped the effects of fatherlessness.

When you see a person commit a crime, a school shooter, a homeless person, a pregnant teen, an addict, or an inmate, odds are that person grew up without a dad.

Fatherlessness is a problem that continues to grow. In 1968, about 85% of U.S. children under the age of 18 lived with two parents. By 2020, the number of children living with two parents had slipped to 70%, making the United States the country with the highest percentage of single parent households according to Pew Research Center.

In the black community, strong black families with two parents used to be the norm. From 1890 to 1950, black women had a higher marriage rate than white women, and in 1950, just 9% of black children lived without their father. Today, the illegitimacy rate is over 75%, which is devastating by all accounts.

Sure, this is a “black issue,” but it’s also an “every race issue.” The black community now has 66% of black children living in single-parent homes, yet in the Latino and Hispanic populations, 42% of children are in single parent families, and Asians follow at 20%.

What is responsible for this epidemic? Politics and culture.

Politically, in 1964, President Lyndon B. Johnson expanded the federal welfare system that incentivized single motherhood through a “man-in-the-house” rule that said if you had an able-bodied man in the house, the government wouldn’t help. That doesn’t exactly promote marriage.

In the same decade, radical feminism and Hollywood began to destroy the image of the American dad. It is now a commonly held belief that men are “toxic” in nature and oppressive forces of patriarchy that must be overcome. Today, we are fed images of archetypal characters like the “dumb dad,” the “a-hole boyfriend,” the “prince charming” who doesn’t exist. Not exactly something you want to marry and have children with.

We need, as a society, to reject the backward narratives coming out of Hollywood. We need women to reject the rants of feminists who idolize sexual “liberation” and personal choice over the self-sacrifice and nurturing care required of mothers. We need men who understand their masculine traits are not toxic, but need to be used to raise a family and mentor younger men and fathers.

For children without role models, we need someone they can look up to and aspire to become. We need education that heralds the family unit, not gender neutrality that destroys it. We need legislation that encourages joint custody and parenting time. We need welfare reform that doesn’t break up the family. We need to imagine a world where fathers parent their children.

And we need to understand that the government can't fix it. We have to.