If You Were Donald Trump, You Would Have Quit By Now

Allan Betz
|
Posted: Mar 10, 2019 10:42 AM
Share   Tweet
The opinions expressed by columnists are their own and do not necessarily represent the views of Townhall.com. 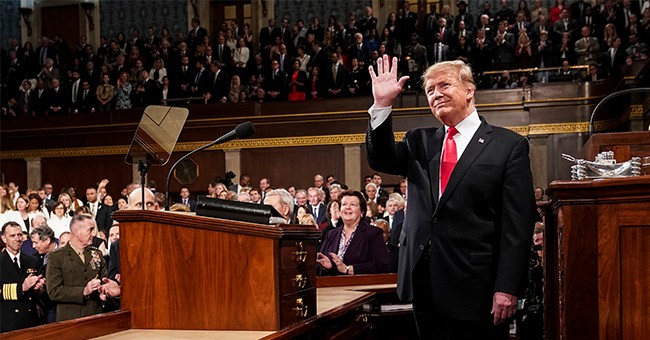 Remember a time when your parents told you to never give up? Chances are, if you were in the shoes of Donald Trump, you would have quit by now.

On June 16, 2015, Donald Trump came down the escalator at Trump Tower in New York City, to let the country know he was running for president. This declaration meant he was essentially giving up his billion-dollar companies, wealthy lifestyle, and time with his family. With nothing to gain and all to lose, then candidate Trump set to help repair our country’s image and direction.

The day before he announced his run, Trump was a well liked figure in the media and had close associations with many other celebrities and athletes. That all changed on June 16th. The same friends who would have gladly attended his wedding, mingled at Mar a Lago, or appeared on ‘The Apprentice’ soon made part-time careers out of attacking him publicly. Very few would stomach this desertion, they would take back their words in order to preserve their status, but not Trump.

Late night shows and celebrity gossip blogs were merciless to the then Republican nominee, and continue to viciously attack him as president. This went far beyond the pale of acceptable actions that could be mistaken for comedy, for instance when Kathy Griffin posted a photo on Twitter of a bloody severed head resembling Trump, or when Snoop Dogg pointed a gun at someone impersonating Trump in one of his music videos.

Most people would say that he asked for this by running for President, and that argument could be fairly sound, but the attacks on his family also crossed a line nearly unheard of in politics. Long-time Trump rival, Rosie O’Donnell claimed that the President’s son Barron has autism. Peter Fonda said “We should rip Barron Trump from his mother’s arms and put him in a cage with pedophiles.” The Daily Mail, chimed in claiming that First Lady Melania Trump was a prostitute.

Some may say it’s because of the President’s political views or world outlook. Although one could disagree politically, does that call for ending long-term friendships, attacking one’s physical features, and ripping apart their family? Unfortunately, if your opponent’s name is Trump, the answer is “yes.” The non-political attacks on the President directly correlate to our climate in modern day -- where you can lose good friends, attack someone’s character, and tear apart families solely as a result of your political preference. In a Reuters poll conducted after the 2016 election, it showed that 39% of people have argued with family and friends over the election, and 16% of people ended a relationship with a family member or friend.

Why doesn’t Donald Trump just quit? Why did he even sign up for this in the first place? Not a single person likes to ask this question, although the answer is right in front of us. Because the President saw a weak country on a downward track and in moral decline. He saw a country that had the potential, but no one to tap it. A country that could ultimately give a voice back to the people who keep it running; the forgotten men and women left behind by big money corporations, career politicians, and globalist thinking.

In the two years since he took the initiative and gave up his career, more Americans are employed than ever before, taxes are cut dramatically, the stock market nears an all-time high, he has successfully renegotiated trade deals and North Korea’s nuclear program, and is working to bring troops home from fighting pointless wars. It’s easy to be down on the President, to say he’s flawed and is learning as he goes, but a lesser man or woman would have given up a long time ago, unwilling to sacrifice as much as he has to Make America Great Again.