Judgment Calls: Why the Courts Matter in this Election 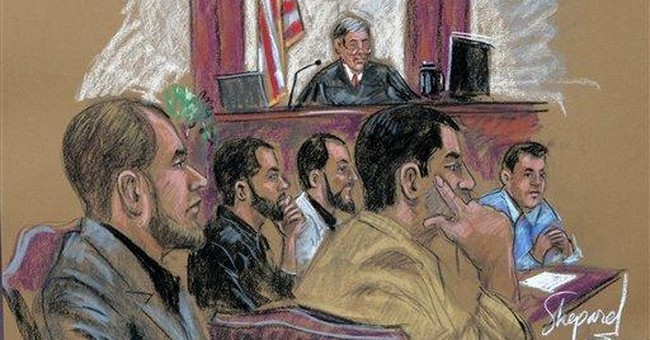 With every lever they pull, hole they punch, or tiny circle they fill in, voters on Nov. 4 will be deciding much more than who is our next president.  We’ll be deciding what life is like in our community, in our state, across this nation…not just for the next two, four, or six years, but for decades.  Maybe centuries.

That’s because, whatever else they do with the trust of public office, many of the men and women elected next week – especially the new president – will be involved in the selection of our judges.  And the legal ripple effects of those selections will be felt long, long after they leave their own responsibilities behind.

Something in those black robes just seems to bestow longevity.  During Bill Clinton’s second term, one of Harry Truman’s judicial appointees was still able to decide cases – after nearly half a century on the bench.  Six of the current Supreme Court justices will be 70 or older when the new president takes office in January.  One, John Paul Stevens, is now 88 and has been serving for more than 30 years.

Given the age of so many of the current justices, many believe the next president will have the opportunity to name at least two – maybe more – new judges to the Supreme Court over the next four to eight years.  And his impact on the lower courts – where most appeals stop – will be even more dramatic:  he’ll be able to significantly shift the ideological balance on at least nine of the 13 federal appeals courts.

The potential of this new generation of judges to effectively rewrite American law on a host of crucial issues is almost incalculable.  Everything hinges on whether those chosen are committed to judicial restraint, originalism (that is, applying the Constitution as written) or judicial activism (revising the Constitution to suit the political and cultural whims of the times).

Inevitably, the character of these judges carries enormous implications for the country.  For instance, the sweeping decision of then-Chief Justice Roger Taney in the infamous Dred Scott case of 1857 – the terrible ruling that deemed blacks inferior beings and prohibited the government from limiting slavery – is widely considered one of the precipitating sparks of the Civil War.

And the very personal views that Justice Harry Blackmun grafted onto the Constitution in his infamous decision in Roe v. Wade have – for 35 years now – provided legal cover for the murder of millions of preborn babies.

Decisions of such ominous impact are more likely now than they used to be.  Courts today have assumed a power greater than anything either Taney or Blackmun might have imagined – greater, even, than either of the other branches of our federal government.  Very few of the “checks” that balance those branches apply to a sitting federal judge, and as a result, more and more jurists coast to coast are using their power not just to uphold and interpret law, but to rewrite it as needed to secure their own political agenda.

Those agendas are as wide-ranging as they are aggressive.  This next crop of judges, for instance, will be empowered (and urged) to make rulings:

·         Limiting freedom of speech – particularly religious speech – in the public square.  Judges will have ample opportunity and face considerable pressure to continue sharpening the definition of “hate crimes” and to broaden applications of the Establishment Clause of the First Amendment.  The result of both will be to tighten the legal leash on pastors, preachers, and even laymen who would proclaim biblical morality and live out their faith in their community.

·         Restricting the freedom of health care workers, church members, and even public officials to follow their conscience with regard to issues ranging from abortion to hiring staff to use of church property.

·         Prohibiting public school, college, and university students from freely forming, and ministering through, campus Christian organizations…or forcing them to adhere to regulations not required of other student clubs.

·         Redefining marriage and the family by striking down marriage laws like the federal Defense of Marriage Act and overriding voter initiatives that would outlaw same-sex unions.

·         Rejecting public acknowledgement of America’s religious heritage – including banning prayers from government ceremonies and the Ten Commandments from public buildings and monuments.

That’s only the beginning.  As Steven G. Calabresi, co-founder of The Federalist Society, recently wrote in The Wall Street Journal, over the next few years, the wrong judges on the right benches could easily establish “a federal constitutional right to welfare; a federal constitutional mandate of affirmative action wherever there are racial disparities, without regard to proof of discriminatory intent; a right for government-financed abortions through the third trimester of pregnancy” and on and on and on.

Truly, this will be a nation-shaping election.  The decisions made in hundreds of thousands of voting booths will decide not only countless state and local judgeships, but who sits in the Oval Office and appoints our federal judges.  And who will serve in the Senate that confirms those nominations.

A president holds the “bully pulpit,” and gives leadership to the nation’s defense and economic policies.  Congress creates the laws.  But it’s the judges who hold the president and those Congressmen – and the lobbyists, and the bureaucrats, and the voters – accountable.

It’s the judges who translate our Constitution…define our collective morality…shape what freedom looks like in America.

For if we make the wrong choices, the consequences will be haunting us long after the nightmares of this Halloween are forgotten.