Corporate America’s Going Woke Will Come With a Heavy Price

A.J. Rice
|
Posted: Apr 15, 2021 12:01 AM
Share   Tweet
The opinions expressed by columnists are their own and do not necessarily represent the views of Townhall.com. 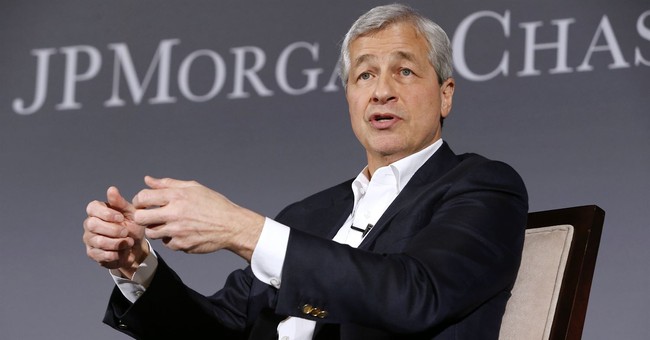 Nike’s embrace of Colin Kaepernick’s anti-American and anti-police screeds; Gillette’s advertising campaign denouncing masculinity; Dick’s Sporting Goods embrace of gun control; Big Tech censoring conservatives, United Airlines, Apple, American Airlines and others involving themselves in Georgia and Texas’s election law reforms all have one thing in common – the CEOs are locking arms with those who would happily destroy them.

The establishment and Beltway media are, of course, cheerleading for this left-wing activism from the corporate boardroom. Jim VandeHei is typical of this mindset. From his perch at the top of Axios, VandeHei claimed that “Employees and customers are increasingly looking to corporations to take on a bigger role in social and political issues.” Of course, he isn’t talking about CEOs leading the effort to reduce regulations, taxation, or creating an environment where employment flourishes. Instead, CEOs are supposed to be “woke,” pushing cultural Marxism, defending Black Lives Matter even after they destroy and loot countless stores and business properties – and buy large mansions for themselves – and parroting every leftwing talking point found on the DNC’s website.

Think about it for a minute.  What would the corporate media world do to a CEO who pressed a state legislature to enact laws preventing voter fraud?  Or a conservative CEO of a major newspaper who transformed the newsroom from a leftwing boiler room to a more moderate, or even conservative newspaper, the way the richest man in the world transformed the Washington Post into an organ of the Democrat Party? Could the CEO of a Fortune 500 company publicly defend free markets and not get pilloried by the left?

Of course not. They want a one-way street to wokeness. That may work in the short term, but to borrow one of the left’s favorite words, it’s not sustainable over the long term.

Jamie Dimon, the CEO of JPMorgan, understands the “magic words” that give a Wall Street CEO gushing headlines and glowing reviews. Dimon told shareholders to play a larger role in fixing the world’s problems, including “climate change, poverty, economic development, and racial inequality.”

The corporate world’s embrace of liberalism is not new. Economist Murray Rothbard has written extensively about the influence of Wall Street financiers on the political world dating back to the late 1800s. From the progressive era onward, as government grew, so did the quest from corporations to get a piece of the action. Partnerships with government are often lucrative and left-wingers have no problem with corporate America if the business community is carrying their water and pushing their agenda.

From censoring conservatives – with the media and elected officials demanding more – to working with Big Tech to develop vaccine passports – many CEOs have no problem stifling freedom and Democrats have no problem seeing these companies continue to vacuum up market share. It is a partnership made in hell.

I am not sure free-market advocates ever envisioned a day when companies like Google, Facebook, and Twitter could collude and threaten free speech more than any government. The days are over of saying corporate America can impose any rule on its employees is fine as long as it’s not the government employing the oppression. Big Tech is doing the government’s bidding in this symbiotic, freedom-killing relationship.

Some conservatives get the joke. Shortly after Delta Airlines used false information to trash Georgia’s election reform law, the statehouse attempted to repeal a tax credit measure designed to help the company. When Major League Baseball decided it was time to politicize their sport, Sens. Ted Cruz and Mike Lee said it was time to end the league’s anti-trust exemption. This is the way the game must be played.

While the shotgun marriage with the Democratic Party might be fun now, there will come a day, sooner than later, when CEOs will determine that the left’s agenda will harm their business and industry. And who will they turn to for help?

I've supported corporate America as long as I have been interested in policy, but at this point in time, I wouldn’t throw them a lifesaver if they were drowning. I assume millions feel exactly the same way.