It's Time to End Biden's War on Fossil Fuels 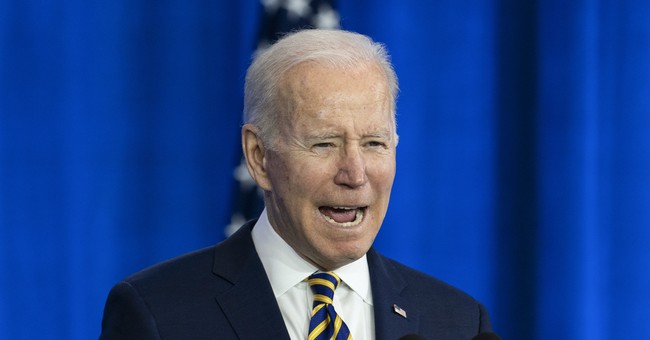 “I guarantee you, we are going to end fossil fuel,” said then-candidate Joe Biden, declaring war on domestic energy producers. Now, 14 months into his presidency, the budgets of Americans and small businesses are being squeezed by record-high gas prices and historic levels of inflation.

In fact, during the Trump administration, the U.S. became the world’s number one producer of oil and strengthened our lead as one of the top natural gas producers. Our energy exports reached an all-time high, marking the first time in 67 years that America’s annual gross energy exports exceeded our imports.

As an entrepreneur who has spent the last four decades building businesses and creating jobs, I have seen firsthand how bad government policies can discourage investment, shrink expansion and kill jobs. Rising energy costs amount to a hidden tax on our workforce that stifles growth. Spiking fuel prices on top of record-breaking levels of inflation increase the cost of doing business and ultimately result in higher costs passed along to the consumer.

As an example, 70 percent of goods in America are transported by trucks. If trucking companies are paying twice as much for gas, it’s obvious why we’re seeing higher prices on just about everything we purchase.

The White House and Congress need to take rational steps to promote domestic energy production and lower costs on businesses. This isn’t going to happen overnight, and it requires an all-of-the-above approach. That’s why I’ve unveiled a comprehensive energy plan to increase gas and oil production by lifting restrictions and encouraging investment in domestic energy sources.

Congress can start by immediately approving pending oil and gas leases on federal lands. To bulletproof ourselves from our enemies, like Russia, Venezuela and Iran, we should be encouraging our domestic energy sector to ramp up production of oil and gas to meet current demand, not freezing pending leases.

We should also expand natural gas and liquified natural gas (LNG) production and exports. The U.S. is the top natural gas producer in the world with a 23.7 percent share of global production, and there is plenty more potential to further our lead. There are currently 6 export licenses pending at the Department of Energy when, if authorized, would increase U.S. natural gas capacity by 25 percent.

That’s why I support the American Energy Independence from Russia Act (H.R. 6858), which will streamline the approval process for natural gas pipelines and LNG export facilities. I also support legislation reauthorize the Keystone XL pipeline and prohibit the president from unilaterally imposing a moratorium on new oil and gas leases on public lands in the future. Approving this pipeline will create thousands of American jobs and deliver an additional 830,000 barrels of oil to the U.S. every day – almost 20% more than the 670,000 barrels of oil we previously imported from Russia.

The U.S. should also make it easier for energy companies to grow by extending 100 percent immediate expensing for new capital purchases permanently, a tax provision that begins to phrase out at the end of this year. The Tax Cuts and Jobs Act established full and immediate expensing, or the ability to completely deduct the cost of making capital acquisitions, of all new and used equipment purchases. This has been extremely beneficial for energy exploration and production companies to re-invest in their businesses, hire new workers and grow the economy.

An energy independence strategy also requires investment in nuclear energy, an alternative to coal, oil and gas. In fact, America’s 93 operating commercial nuclear reactors produce about 20 percent of our domestic energy supply. Congress and the White House should ramp-up the production of advanced nuclear reactors to help grow and diversify our energy sources.

Thus far, President Biden’s blind devotion to Green New Deal-style initiatives has hurt Americans by raising costs and making us more dependent on foreign oil. This has been a problem since the first day of his presidency when he cancelled the Keystone XL Pipeline.

My energy plan incentivizes domestic production and makes it easier for producers to invest and boost production, which in turn will lower gas prices. We need to end Biden's war against domestic energy producers and work toward achieving energy independence for the benefit of all Americans.

Rep. Vern Buchanan represents Florida’s 16th District and is the co-chairman of the bipartisan Florida delegation. Buchanan is second in seniority on the Ways and Means Committee after Leader Kevin Brady.