The Most Dangerous National Security Threat No One's Talking About 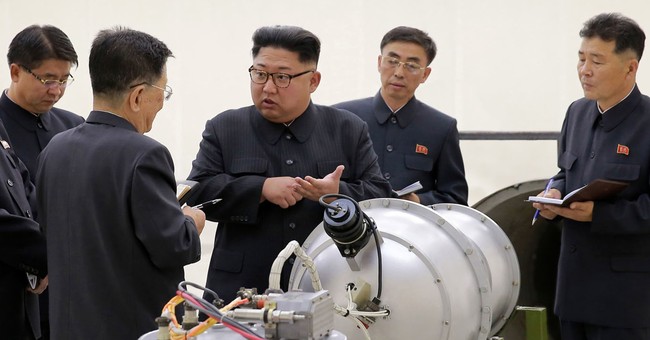 The North Korean dictatorship boasted that they have tested a hydrogen bomb underground in September.

Such a hydrogen bomb has the power to destroy Manhattan, killing 8.5 million New York City residents in a couple of seconds.

But, there is a prospect potentially even more deadly and terrifying.

A hydrogen bomb, exploded within Earth’s atmosphere over a central location like Kansas could potentially mean ‘lights out’ for the entire contiguous U.S.A.  The electromagnetic pulse emitted from such an explosion in the atmosphere could destroy electronic devices for thousands of miles. This could include all the devices we regularly depend upon that require electronics to function – vehicles, our water and plumbing systems, heating and air conditioning, refrigeration… just to name a few.

Imagine if all of that suddenly stopped working.

Without power, cities and population centers would become death traps since power is required to pump water and sewage, keep hospitals running, etc.

Former CIA Director James Woolsey once warned that, in a worst-case scenario, 90% of the American population would ultimately die if an attack like this would occur.

The phenomenon of nuclear blasts emitting Electromagnetic Pulse (EMP) when they explode was first discovered/observed during the Starfish Prime event back in 1962 when a nuclear weapon was detonated 900 miles west-southwest of Hawaii. (We now know all nuclear weapons emit an Electromagnetic Pulse (EMP) when they explode).  The EMP from the blast knocked out about 300 street lights, set off burglar alarms, and damaged a telephone company microwave link. It was realized EMP could destroy electronics.

As of now, we do not have sufficient hardware fixes to prevent such a detonation from damaging or destroying our electric grid.

We have already observed North Korea is capable of placing a warhead-sized payload into orbit, and we have observed they have detonated a 200 kiloton plus yield nuclear weapon.  It is clear that they have all the components necessary to launch a major EMP attack. They have also threatened to do just that. Intent plus capacity equals threat.

North Korea, Iran, Russia and China have all assimilated EMP attack into their military creeds.

So what can we do?

First, we need to strengthen and harden our national electric grid. To do so is not as expensive as the risk – as Bryan Gabbard and Robert Joseph explained, the cost of hardening equipment to increase resilience could be as little as 3 percent more than existing capital investment for electrical grid upgrades. Since the grid is always being upgraded, we would just need to invest a little more to make sure this added defense layer is included.

We must simultaneously ratchet up our missile defense capability and technology at flank speed. The House-passed NDAA includes an amendment I introduced to begin the development of a space-based missile defense layer; it passed with bipartisan support and it is my hope the Senate accedes to the House-passed language.

A space-based missile defense layer would provide us with the ultimate high ground and ensure we could shoot down an enemy missile as it ascends — when it is most vulnerable. This “boost-phase defense” is a capability we currently do not have. Furthermore, we must increase our Ground-Based Interceptor inventory to 100. These GBIs are currently the first and last line of defense against any nuclear missile attack directed toward the American Homeland.

It is also imperative that we do what is necessary to dismantle North Korea’s nuclear capability and prevent Iran from gaining such capability. These dangerous and escalating situations cannot be allowed to continue on their present path under any circumstances.

The time for naiveté is over. Congress must act now to allocate the appropriate funds so we can be prepared for an EMP attack on American soil.