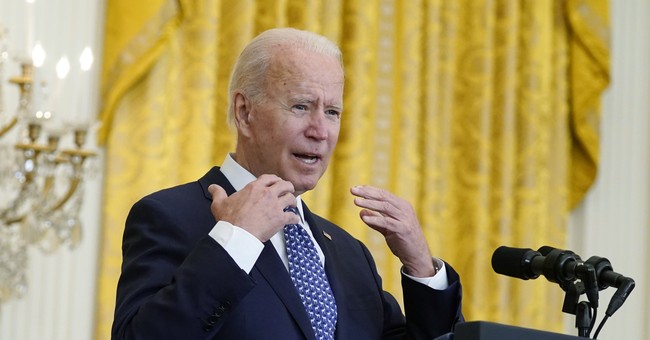 There is nothing wrong with America today that a true leader couldn’t fix. A strong presence of a strong American President on the international stage would restore much of the credibility recently lost by the nation.

In the anarchical international world there are some leaders of states and non-state actors who are simply bad guys. They want power. They want wealth. And, in some instances they want to right old wrongs.

Into that milieu President Trump emerged as the strong leader, the strong presence, necessary to bring stability to the world. While Leftie, academic types thought of him as having no foreign policy chops, Trump managed to put tyrants and anti-Americans in their place.

The Trump Doctrine was quite simply America first. He understood that a strong, free America is the most stabilizing force on the planet. He clearly grasped that his duty as President was to keep America free, prosperous, and strong.

He famously told leaders of other nations that his first obligation was to keep America strong and reminded them that their first duty was to keep their nations strong.

It was genius. He was communicating that, unlike the forever apologizing Obama, we would not cower but would show the world how to succeed.

His was not an isolationist policy. He met with every world leader he could. Kim Jung Un, North Korea’s hermit-like dictator. Leaders from around the world. He was criticized by those same academics and the Left for trying to bring North Korea into the normal world of states.

He caused terrorists to cower because he was willing to take out purveyors of terrorism like al Baghdadi and Soleimani. The result was an emergent stability in the Middle East that saw historic relationships forged between a number of Arab states and Israel, without committing American troops to monitor the situation forever.

Trump projected power around the globe, while also attempting to reduce America’s interventionist tendencies that lean toward imperialism. With his Secretary of State, Mike Pompeo, he negotiated a power sharing agreement between the untrustworthy Taliban and the equally dissembling former Afghan President Ghani.

Trump understood that each side could barely be trusted. If the Taliban breached the agreement there was swift, and disproportionately strong reprisal, and quick communication reminding the Taliban leaders that failure to comply with the agreement had devastating consequences.

That strength, conditional benchmarks, and punishing the Taliban when they violated agreements, instead of letting them slide, provided eighteen months of safety for Americans in Afghanistan.

And, that’s the difference leadership makes. Do you keep your promises? Do you follow through? Do you clearly communicate your objectives and have a plan to achieve them? And are you prepared to punish those who impede your national security interests?

Trump’s America First Doctrine allowed us to start extricating ourselves from the forever wars induced by Warhawks.

On the other hand, the feckless, absence of leadership by President Joe Biden allowed the Taliban to take over an entire nation. A terrorist organization now controls an entire country. And they are already in league with the Chinese.

Failed leadership abandoned our strategic base, gave the Taliban an air force, and a stout supply of vehicles, arms, and munitions.

The blurred vision of the Biden Regime left Americans behind in Afghanistan while at the same time we have brought tens of thousands of under-vetted Afghans into the United States.

About the Taliban working with the Al Qaeda terrorists they released from prison, the ever-feckless Secretary of Defense, Lloyd Austin said, “…put the Taliban on notice that we expect them to not allow that to happen.”

That is as effective as Obama’s chemical weapon redline, his trade of four terrorist murderers from Guantanamo Bay in exchange for a U.S. deserter, or Obama and Biden (separately) assuring that there is loads of cash for Iran.

Yeah, when you look for peace and stability you look for a Trump-like leader who is strong, feared, always puts America first, and attempts to extricate us from endless wars in a fashion that preserves American lives, doesn’t transfer American material to our enemies, and keeps American prestige.